When Rachel, 25, made an appointment to see her GP, she wasn’t surprised by the diagnosis of thrush.

But after the usual six-day antifungal treatment didn’t work, Rachel returned to her doctor, told her that the discharge wasn’t smelling like thrush, and that it didn’t look like the thrush she was used to.

The doctor agreed, and she was subsequently diagnosed with pelvic inflammatory disease (PID), a condition often referred to as a “silent epidemic”.

It occurs when an infection spreads from the vagina to the cervix, the endometrium (lining of the uterus) and the fallopian tubes, usually via sex. Rachel immediately began a course of two “aggressive and different antibiotics”.

“I took an oral pill and vaginal cream, and that didn’t work either. So I went back and asked for a referral to a gynaecologist, and then when I went to see them, they said there were no infections of PID or thrush.”

Frustrated, Rachel began Googling her symptoms, which led her to an excerpt about “something called bacterial vaginosis (BV)”.

“It said that BV was more common in women than thrush, and I thought, ‘Well, if it’s so common and they haven’t picked it up, then I probably don’t have it’. “

She kept taking antibiotics. Eventually, after one year and six rounds, she went back to the same gynaecologist, asked for a pap smear and was tested for BV and sexually transmitted infections (STIs). She was finally diagnosed with BV and chlamydia.

This is also when Rachel found out that bacterial vaginosis makes it quite easy for women to contract sexually transmitted diseases.

“It was never suggested in the GP visits, never even mentioned that it existed,” Rachel said.

“If I can Google my symptoms and see them presented back to me and say, ‘Oh, that’s what I have’ … and two GPs and a gynaecologist can’t, that’s really frustrating.”

Rachel’s case is very common. Bacterial vaginosis is the most common vaginal infection affecting women of reproductive age, striking up to one in three at some point in their lives.

“In addition, the private laboratory services that doctors frequently use aren’t using established diagnostic criteria to look for BV. So overall, the problem is often poorly managed in the community.

“We see cases of BV every day; it’s a very common vaginal infection in women. Based on limited data, we already know that about 10 per cent of Australian woman have BV, and one in two women can get it again within six months of treatment.” 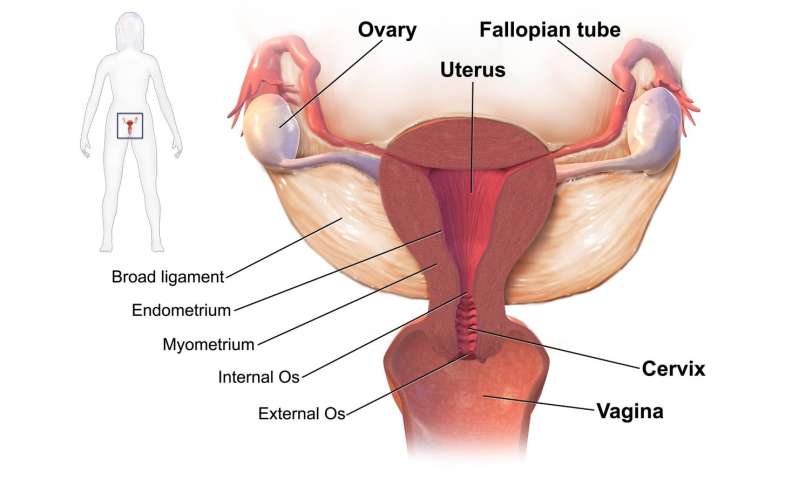 Dr. Bradshaw, along with Monash academic Dr. Jade Bilardi, who both work in the Faculty of Medicine, Nursing and Health Sciences’ Central Clinical School, have made it their mission to try and inform women, and their partners, about the prevalence and effects of bacterial vaginosis (BV).

Dr. Bilardi spoke to Rachel as part of her research into building a website, which would provide women with up-to-date information on the two most common vaginal conditions, BV and thrush, including the latest treatments.

She says that while most women are aware of thrush, few have heard of BV.

“When they get it for the first time, they often mistake the symptoms for thrush, mistreating themselves with over-the-counter medications that don’t actually treat BV,” Dr. Bilardi said.

Dr. Bilardi, Dr. Bradshaw and other colleagues from Alfred Health and the University of Melbourne have now built a website, What’s Going On Down There, to raise awareness about this relatively unknown but very common vaginal infection.

“Specifically, they wanted clear information on the differences between BV and thrush: symptoms, risk factors, treatment, testing, where they could seek help, examples of other women’s experiences and current research and advancements in the area,” she said.

What we know about BV

Despite the cloud of mystery surrounding bacterial vaginosis, researchers have been able to gather some insights about the condition.

“Research suggests BV may be sexually transmitted, but further research is required to find out how it’s being transmitted,” she said.

Dr. Bradshaw said that while researchers haven’t yet “nailed the cause of this condition”, they’ve narrowed down the organisms that may contribute to, or even cause, BV. 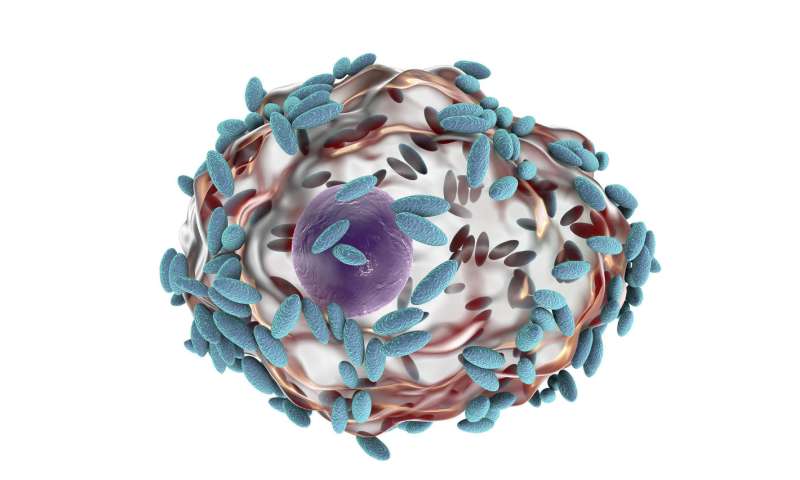 Dr. Bilardi believes that BV is often considered a non-serious condition and, as a result, doesn’t often take priority in public health communications.

“We don’t currently have effective over-the-counter treatments for BV, meaning that unlike thrush, there’s no marketing or advertising around BV as a condition,” she said.

“The only recommended treatment is a course of antibiotics, which must be prescribed by a doctor.”

According to the research, women with BV are at a greater risk of sexually transmitted infections, HIV and pelvic inflammatory disease. Pregnant women are more at risk of miscarriage, premature delivery, low birthweight babies and postpartum endometritis.

But the ramifications aren’t solely physical; Dr. Bilardi says that most women are very embarrassed and concerned by their symptoms, which impacts their self-esteem and sexual relationships.

“In about half of women, BV causes a watery, milky-white or greyish discharge and a strong ‘fishy-like’ odour. Studies our research team has conducted show that women often feel highly embarrassed about these symptoms, reporting that they make them feel ‘dirty’, ashamed, and very concerned other people will notice ‘the smell’. Many women avoid sexual contact with their partners as a result,” she said.

Current treatment for BV includes a course of oral or vaginal antibiotics. In the short term, treatment is usually very effective. However, because the exact cause of BV is unknown, treatment aims to alleviate the symptoms but doesn’t treat the underlying cause. More than half of women will again get BV within six to 12 months.

There have been no improvements in the treatment of BV for several decades, and new treatment approaches are clearly needed.

Dr. Bradshaw said that based on her research, women with an ongoing sexual partner appear to have the highest risk of BV recurrence.

“Studies have also shown males can carry the bacteria we find in women with BV under their foreskin and on the penis. Based on this evidence, it appears likely that the bacteria that cause BV are being sexually transmitted between men and women, and that the reason our BV treatment approach hasn’t been working is that we’ve only been treating the female.

“It’s very clear to researchers in the field that well-conducted studies treating both the woman with BV at the same time as her sexual partner are needed,” she said.