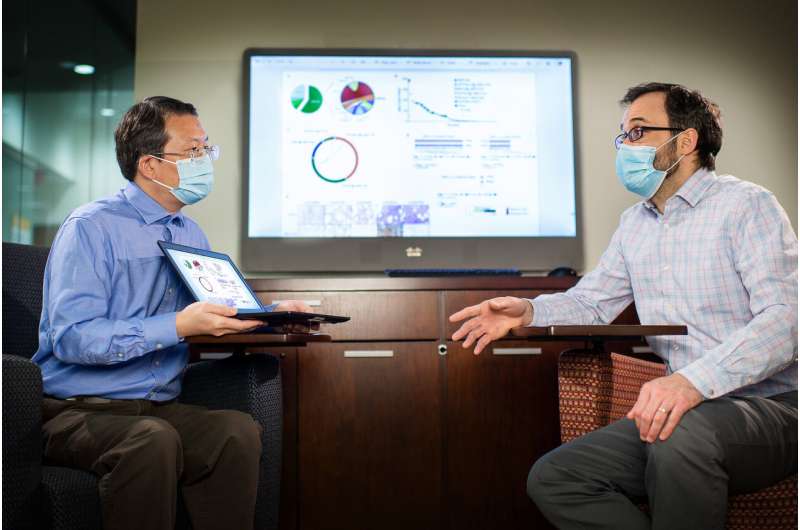 Children treated for cancer with approaches such as chemotherapy can develop therapy-related myeloid neoplasms (a second type of cancer) with a dismal prognosis. Scientists at St. Jude Children’s Research Hospital have characterized the genomic abnormalities of 84 such myeloid neoplasms, with potential implications for early interventions to stop the disease. A paper detailing the work was published today in Nature Communications.

“One thing that we’ve known for a long time is once kids develop this secondary tumor, the outcome is really poor,” said co-corresponding author Jeffery Klco, M.D., Ph.D., St. Jude Pathology. “The alterations that drive these tumors are different in children than they are in adults, underscoring the need to study these tumors specifically in pediatrics.”

Results of the study revealed several notable mutations in the somatic setting, including changes in the Ras/MAPK pathway, alterations in RUNX1 or TP53, and rearrangements of KMT2A. Additionally, the results showed increased expression of a transcription factor called MECOM, which was associated with MECOM’s abnormal proximity to an enhancer as a result of genetic rearrangements.

The research benefited from computational tools developed at St. Jude that are aimed at reducing error rates, including CleanDeepSeq and SequencErr. These approaches help to discriminate between true mutations and sequencing errors.

With these tools, the researchers could trace the mutations back as far as two years before a therapy-related myeloid neoplasm developed, when early interventions could potentially benefit patients.