Middlesbrough is the teenage pregnancy capital of England and Wales, official figures reveal

Middlesbrough is the teenage pregnancy capital of England and Wales, official figures reveal (so, how does YOUR area fare?)

Middlesbrough has the most teenage pregnancies in England and Wales, data has revealed.

Pregnancy rates among girls aged between 15 and 17 dropped again in 2017 and now number just 18.4 per thousand.

The newest figure, for June 2017, marked an 18 per cent drop nationally since March 2015 but there are 15 areas in England where rates have risen in the same period.

Middlesbrough’s rate has risen by 15 per cent to 41.9 conceptions per 1,000 girls, meaning it is the teenage pregnancy capital of the country.

Meanwhile, areas in the home counties and London maintain some of the lowest teenage pregnancy rates.

Experts suggest changing priorities in young people’s lives and lower alcohol consumption may be causing fewer teenagers to have babies. 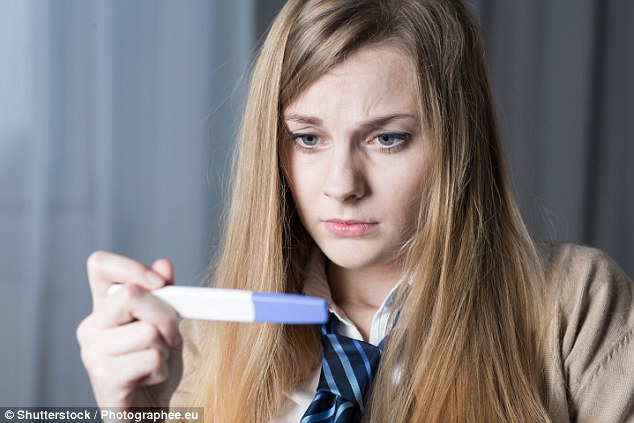 Teenage pregnancy rates in England and Wales have dropped by 60 per cent in the past 10 years, according to experts, and rates have risen in just 15 of 149 areas

Data from the Office for National Statistics (ONS) has revealed how rates of teenage pregnancy changed across England and Wales between March 2015 and June 2017.

Girls in the north of England and Wales are the most likely to get pregnant before they’re 18, while those in the south are least likely.

The figures come after research by the British Pregnancy Advisory Service revealed modern teenagers prefer spending time with their family or on social media to having sex.

Young people are also more likely to focus on their careers or education, which experts believe is contributing to falling pregnancies.

The biggest drop in the number of teenage girls conceiving was found in Westminster – where the figure halved during the two-year period.

North and South Tyneside also both had a significant fall during the same time, with a reduction of 46 and 40 per cent, respectively.

Teenagers may prefer family time to sex and alcohol

‘These figures echo BPAS research from earlier this year which found that lifestyle factors, including focus on time with family and low levels of alcohol consumption, may have influenced the sharp decline in teenage pregnancy rates.’

Just 15 out of 149 areas have bucked the trend and seen a rise in teenage pregnancy, and the Isle of Wight comes out on top – rates there rose by 29 per cent over the past two years.

Average age of UK parents is 31

The vast majority of babies in England and Wales are born to parents aged over 30.

According to the ONS the average age of mothers in England and Wales is 30.3 years old, while fathers are 33.3 years old on average.

Following the charity’s research in July, Katherine O’Brien, head of policy research at BPAS said: ‘Our research reveals that this is a generation who are focused on their education, aware of economic challenges but determined to succeed regardless, and many of whom enjoy time with their families as much as with partners and friends.

WHICH REGIONS HAVE THE MOST TEENAGE PREGNANCIES?

‘They seem to place significant value on responsibility and maturity, particularly when it comes to alcohol consumption and sex.

‘It’s clear that there is no silver bullet in preventing unplanned pregnancy at any age.

‘While contraception and sex and relationships education can play a vital role, they must be delivered at a high quality in order to do so.’

And, although there can be a tendency to view teenage pregnancy negatively, the charity adds it is important to help young women who choose to have a baby.

‘We must encourage and support mothers of all ages’

Ms O’Brien added: ‘Many teenage mothers provide a loving, caring home for their child, and every parent should be supported.

‘We must ensure that in welcoming and examining the decline in unwanted teenage conceptions we do not stigmatise those who make the decision to have a baby at this stage in their lives.’