Truth be told, it's hard to know what to eat these days. Just when you're getting used to cooking with coconut oil, cutting carbs in the evening and reducing your meat intake, along comes a study or expert to tell us we've been doing it all wrong.

Last month, a Harvard professor called coconut oil – loved by Gwyneth Paltrow and pretty much every Instagram wellness star – "pure poison" for its saturated fat content. While last week, a study from McMaster University in Canada found that we are able to safely eat almost twice as much full-fat cheese and red meat as health guidelines currently advise. 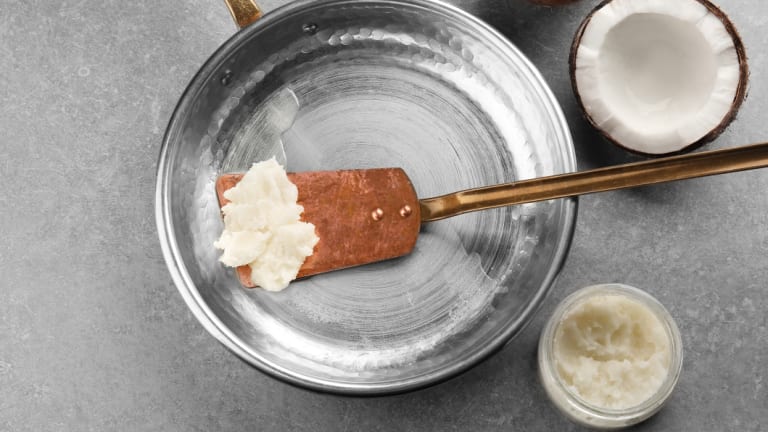 The researchers said their findings "challenge conventional wisdom" and that consuming three portions of full-fat dairy and one-and-a-half portions of red meat a day can even reduce the risk of early death by a quarter, and fatal heart attack by 22 per cent.

"Our results show that dairy products and meat are beneficial for heart health and longevity," says Dr Salim Yusuf, from McMaster University. "This differs from current dietary advice."

Andrew Mente, a professor of nutrition and epidemiology who worked on the study, agrees: "Our findings on full-fat dairy and unprocessed red meat do challenge conventional thinking." 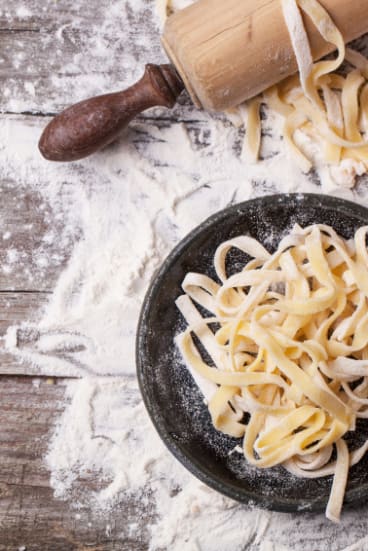 Carbs are slowly creeping back on to the menu.

He adds, "relative to carbs, I would say that saturated fat is beneficial – it's pretty clear from this data".

Which brings us to carbs, which have been frowned upon since the early Noughties, when everybody from Jennifer Aniston to Renee Zellweger and Brad Pitt denounced them in favour of the protein-heavy Atkins diet. Potatoes, pasta and bread swiftly became the enemy.

But carbs are slowly creeping back on to the menu with research, earlier this year, finding they form part of a healthy diet, and can even help you stay slim. The meta-analysis of 30 studies by Canadian academics concluded that eating pasta three times a week can help you lose weight: "The study found that pasta didn't contribute to weight gain or increase body fat," said its author Dr John Sievenpiper, a scientist at St Michael's Hospital in Toronto.

"In weighing the evidence," he continued, "we can now say with some confidence that pasta does not have an adverse effect on body weight when it is consumed as part of a healthy diet. In fact, analysis actually showed a small weight loss."

And despite the long-held belief that if you do eat carbs it should be earlier in the day (Cameron Diaz famously claimed to eat a bowl of pasta for breakfast), a new trend called "carb backloading" – which has more than 48,000 hashtags on Instagram – advises saving your carbs for the evening.

Carb backloading, or the Circadian Rhythm Diet, involves restricting carbohydrates in the early part of the day and saving your consumption (healthy ones like wholegrains, rice, lentils and quinoa) for dinner. The theory being that eating carbs later, and after activity, means they are stored as energy, rather than fat, as the body does in the morning.

As well as changing the time you eat certain food groups, advice around the timing of meals themselves has also shifted in recent years. Nutritionists have often advised eating breakfast within an hour of waking up, which was thought to kick-start your metabolism.

But then along came intermittent fasting, which involves pushing breakfast back to late morning. What's more, a new study seems to back the claims of this hugely popular trend: researchers from the University of Surrey found that people who ate breakfast 90 minutes later than usual and brought forward their evening meal by the same time, lost twice as much body fat as those who didn't – despite eating the same amount.

Dr Jonathan Johnson, who led the study, said: "This is very encouraging. People can still, to some degree, eat the food that they would like, but if they simply change the time at which they eat, then that can have a long-term benefit. I would never say it's a magic bullet, but it could be an important piece of the jigsaw."

The researchers believe that this routine will bring our eating times back in line with our body's natural circadian rhythm – its internal body clock – which helps us metabolise food more efficiently.

Academics from the University of Alabama also recently found that tweaking your eating schedule – without changing what you eat – can help with weight loss. This is likely because it builds a longer fasting period into your day, and taps into the benefits of intermittent fasting, which are said to include fat loss, more energy and a reduced risk of type-2 diabetes and heart disease.

If you're still confused over what to eat, nutritionist Ian Marber says to take heart: "The pendulum of nutritional advice always swings back and forth, because that's the nature of research," he explains. "We also love to demonise food: 25 years ago it was fat, then carbs, then dairy, then sugar. Red meat was frowned upon, then veganism become popular, and now that's being torn apart.

"But the boring truth is 'all things in moderation': the guidelines of five portions of fruit and vegetables a day, wholegrain and high-fibre carbs, two portions of fish a week, more beans and pulses, a little fat and so on, work.

"Though that still doesn't stop us from wanting a magic bullet, or a trick we've been missing all this time." 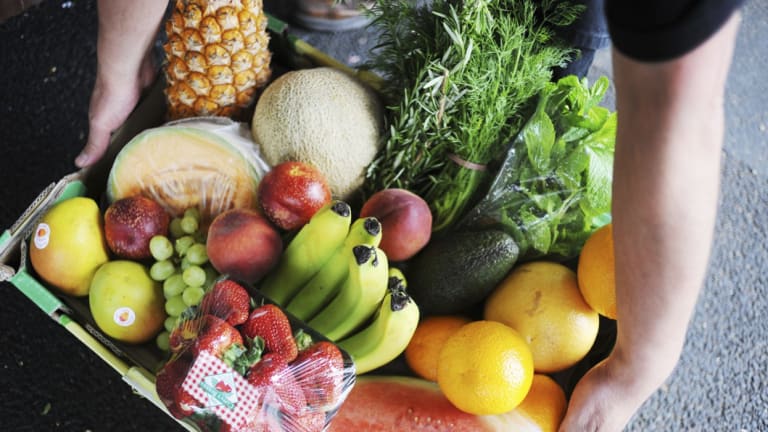 Answers from the experts

Why is a piece of toast more filling than a slice of bread?
Nutritionist Ian Marber: "Toast has a crunch factor. Things that are crunchier – or have bite – are more satisfying than things that are soft and gooey. For example, even though it contains protein and carbohydrates, yogurt isn't all that satisfying. If you add fruit and nuts it's actually more filling, even if you eat smaller portions of all three."

Is milk just as good as a protein shake after exercise?
Dietitian Helen Bond: "Yes, I would always advocate for a glass of milk. It rehydrates you and has all the nutrients you need to replenish your muscles. It's got carbohydrates, is a source of protein and contains nutrients like phosphorus, magnesium and calcium, which are good for your bones. It's also much cheaper."

What is the best time of day to eat a chocolate bar?
Nutritional therapist Amelia Freer: "Earlier is probably better, because you'll have more of a chance to burn off the energy. But, really, chocolate should be an occasional source of energy and you shouldn't really worry about it."

Does finishing a meal with a double espresso help burn calories?
Ian Marber: "Only because it will keep you up all night. Theoretically, you could argue that by raising your metabolism temporarily, drinking coffee will help you burn more calories. But the amount is negligible. And, frankly, walking home would burn just as many."