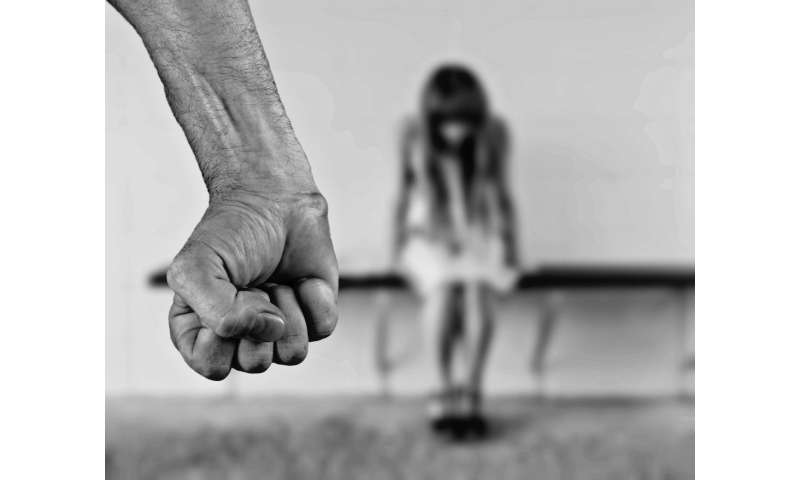 Female survivors of domestic abuse are at double the risk of developing long-term illnesses that cause widespread bodily pain and extreme tiredness, shows a study by the Universities of Birmingham and Warwick.

Published today (Dec 6th GMT) in the Journal of Interpersonal Violence, the research shows that women who have experienced domestic abuse are almost twice as likely to develop fibromyalgia and chronic fatigue syndrome (CFS) than those who have not.

Fibromyalgia causes pain all over the body, while CFS is an illness with a wide range of symptoms, most common of which is extreme tiredness. They are both long-term conditions.

The study, the first of its kind, examined the GP records dating between 1995 and 2017 of 18,547 women who had suffered domestic abuse, compared to 74,188 who had not. They found the risk of developing fibromyalgia and CFS in women who have experienced domestic abuse was twice the rate of those who had no recorded experience by their GP, after taking into account factors which may influence the association. The incidence rate ratio for developing fibromyalgia was 1.73 (1.36-2.22). The incidence rate ratio of developing CFS was 1.91 (1.11-3.33).

It comes after previous study led by the University of Birmingham published in June 2019 showed that UK domestic abuse victims are three times more likely to develop severe mental illnesses. However, up until now there have been few studies designed to assess the relationship between women who have been abused and the likelihood of them developing long-term illnesses such as fibromyalgia and CFS.

Dr. Joht Singh Chandan, of the University of Birmingham’s Institute of Applied Health Research and Warwick Medical School at the University of Warwick, said: “Domestic abuse is a global public health issue, with as many as one in three women affected world-wide.

“Recent UK estimates suggest that 27.1 per cent of women have experienced some form of domestic abuse, with a large proportion of these cases expected to be women who have suffered violence at the hands of an intimate partner.

“Considering the prevalence of domestic abuse, and the fact that patients experiencing fibromyalgia and CFS often face delays in diagnosis due to a limited understanding generally of how these conditions are caused, it is important for clinicians to bear in mind that women who have survived abuse are at a greater risk of these conditions.

“We hope these first of their kind research findings will change healthcare practice and will be of assistance in the early diagnosis of fibromyalgia and CFS in women who have been abused.”

Professor Julie Taylor, of the University of Birmingham’s School of Nursing, said: “Survivors of domestic abuse can experience immense physiological and psychological stress.

“The changes that happen in the body as a result of such stress can lead to a multitude of poor health outcomes such as what we see in our study here.

“However, more research needs to be done to establish the biopsychosocial pathways that cause this link between abuse and these types of health conditions.

“This is a very complex relationship and it is important to emphasise that not all women who have been abused will develop fibromyalgia or CFS, and that having these conditions does not mean there has been domestic abuse in the past.”

Professor Siddhartha Bandyopadhyay, of the University of Birmingham’s Business School’s Department of Economics and Centre for Crime, Justice and Policing, said: “We have been aware that domestic abuse has significant negative effects for victims and their children. This and other related work by our team showing strong associations with several diseases suggests that the costs of abuse are even greater than understood previously.

“The higher incidence of long-term illnesses, such as chronic fatigue syndrome, for abused women implies the existence of an additional hidden cost to society that we need to understand better.”