Early, partial results from a historic gene editing study give encouraging signs that the treatment may be safe and having at least some of its hoped-for effect, but it’s too soon to know whether it ultimately will succeed.

The results announced Wednesday are from the first human test of gene editing in the body, an attempt to permanently change someone’s DNA to cure a disease—in this case, a genetic disorder called Hunter syndrome that often kills people in their teens.

In two patients who got a medium dose of the treatment, urine levels of large sugar compounds that are hallmarks of Hunter syndrome had fallen by half, on average, four months later—a possible sign the treatment is working. Two others who got a low dose have seen little change in these sugars so far.

There’s no way to know yet whether the change in the middle-dose patients is due to the gene editing or something else, but the fact their sugars have declined consistently since treatment suggests it might be.

“I cannot absolutely say it’s a treatment effect” but the drop is “really encouraging,” said the study leader, Dr. Joseph Muenzer of the University of North Carolina, Chapel Hill. The main goal of early treatment studies is to test safety, though researchers also look for hints that the therapy is working. Muenzer gave the results at a conference in Greece and consults for the treatment’s maker, California-based Sangamo Therapeutics. 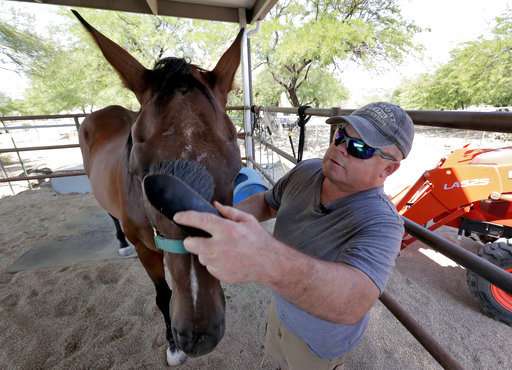 The company’s president, Dr. Sandy Macrae, said tests in about five months will reveal more, but the change in the middle-dose group so far “looks really good.”

“The most rational explanation for this is that what we hoped was going to happen has happened,” he said.

“The results are exciting” and suggest that the gene editing is working to some degree, without safety concerns so far, said Dr. Howard Kaufman, a Boston scientist and member of a National Institutes of Health panel that reviewed the study before it began.

Dr. Matthew Porteus, a genetics expert at Stanford University who consults for two other companies developing gene therapies, said more time is needed to see how the patients’ immune system continues to react to the treatment and whether the effects last, but added, “I would be excited about continuing to push along” based on these results. 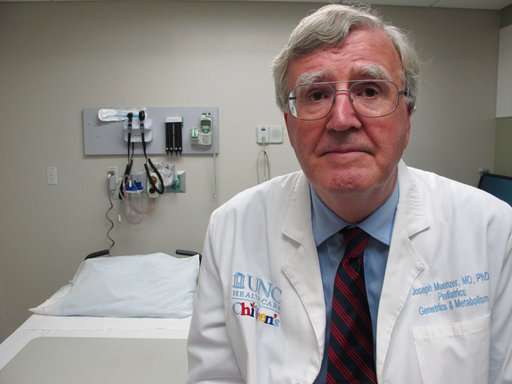 Gene editing is intended as a more precise way to do gene therapy, to knock out a bad gene or supply a good one that’s missing. Doctors hope it will give a way to address a host of diseases that can’t be treated well now.

In November, a Phoenix-area man with Hunter syndrome, Brian Madeux, became the first person to test this inside the body. He lacks a gene that makes an enzyme that breaks down certain large sugar compounds called GAGs. These build up in cells and cause havoc throughout the body.

Through an IV, Madeux received many copies of a corrective gene and a gene-editing tool called zinc finger nucleases to help put it in a precise spot in his DNA. He was one of the two patients given a very low dose of the treatment, because this first-in-human testing called for extreme caution. 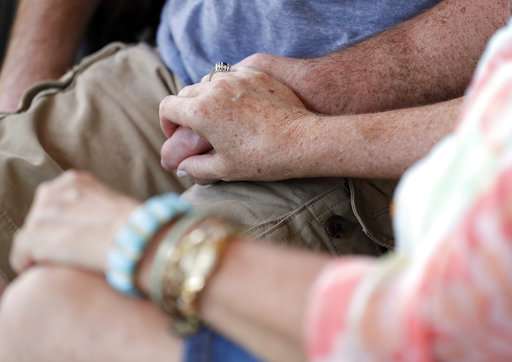 In Madeux and the other low-dose patient, levels of the tell-tale sugar compounds in urine rose 9 percent on average after four months. Muenzer said it’s hard to know whether this is a significant change; little is known about the biology of these compounds, including whether they fluctuate during the day or before or after meals.

A liver biopsy on one patient given a low dose of the therapy found no evidence that the gene editing had occurred, but Sangamo scientists said this dose is far below the level at which such signs had been detected in research on primates.

Two other patients were given a middle dose that was twice what the first two patients received. Their GAG levels declined by 51 percent after four months, on average. Two of the main types of these sugars that accumulate in tissues declined 32 percent and 61 percent, respectively.

It is not yet known if declines like these can improve patients’ health or slow the progression of the disease.

“This is not proof that this is a successful therapy yet, that these patients had enough gene editing to now supply them with the enzyme they need for the rest of their life,” Muenzer said. 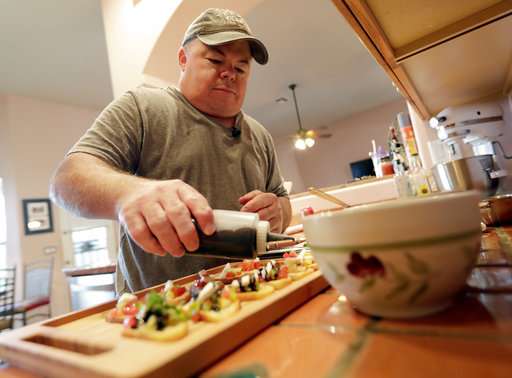 But he said an important goal was met: the treatment seems safe. There were two serious side effects—one patient was hospitalized for bronchitis and another for an irregular heartbeat—but those were deemed due to their disease and pre-existing conditions, not the gene treatment.

Two more patients have been given the highest dose being tested—10 times the starting dose—for a total of six patients in the study. The next step is to start taking patients off the weekly enzyme treatments they’ve been receiving to see if the gene therapy has changed their bodies so they make enough of the enzyme themselves.

More results are expected at a medical meeting in February.

“We need to see sustained levels for this to be practical. If this only works for six months, that’s not very beneficial,” Muenzer said. “Time’s going to tell.” 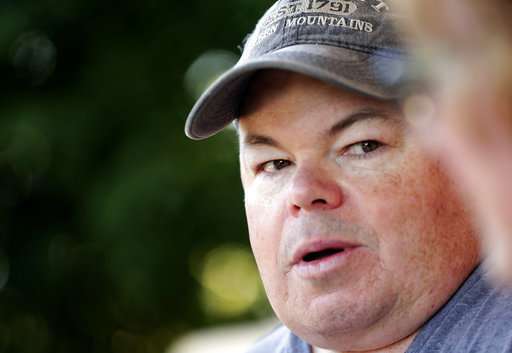 In an interview at his home in Arizona last month, Madeux, 45, told The Associated Press he volunteered for the study in hope of being able to stop the weekly, three-hour enzyme infusions, but also to help find a treatment for future generations with the disease.