Colorectal cancer is the third most common cancer worldwide and the third-leading cause of cancer-related deaths. The main cause of death in patients with colorectal cancer is liver metastasis, with nearly 70% of patients eventually developing a liver tumor. Recent research has revealed low levels of a tumor suppressor called protein kinase C zeta (PKC zeta) in human colorectal cancer cells and distant metastasis, but it has not been clear how thiscontributes to the spread of tumors and poor prognosis in patients.

A new study by Sanford Burnham Prebys Medical Discovery Institute (SBP) researchers helps explain the connection between PKC zeta and metastatic colorectal cancer. Published in Cell Reports, the research describes how PKC zeta deficiency promotes liver metastasis through the inactivation of an enzyme called ADAR2 and the subsequent secretion of molecules called miR-200s from cancer cells into the blood. In addition, treatment with a compound that inhibits the secretion of miR-200s significantly reduced liver metastasis in mice with colorectal cancer.

“Our findings suggest that elevated blood levels of miR-200s could serve as a non-invasive diagnostic marker for patients at risk of metastasis,” says senior study author Jorge Moscat, Ph.D., director of Metabolism Initiatives and director and professor of the Cancer Metabolism and Signaling Networks Program at SBP’s NCI-designated Cancer Center. “Moreover, our study is of great potential therapeutic relevance because it providesproof of concept that targeting signals that are activated by the loss of PKC zeta can be useful anti-metastatic therapies.”

In a previous study, Moscat and his collaborators identified PKC zeta as a tumor suppressor in colorectal cancer. As reported in 2013 in the journal Cell, they found that loss of PKC zeta leads to metabolic changes that allow cancer cells to survive and proliferate under conditions of nutrient deprivation, resulting in tumor formation in mice and poor prognosis in human patients. But it has been challenging todevelop therapies that targetPKC zetato restore tumor suppressive activity.

“An alternative approach is to look for cell vulnerabilities created by the loss of the tumor suppressor’s function,” saysstudy author Maria Diaz-Meco, Ph.D., a professor in the Cancer Metabolism and Signaling Networks Program at SBP. “This is the rationale behind investigatingthe signaling pathways unleashed during PKC zeta inactivation in cancer.” 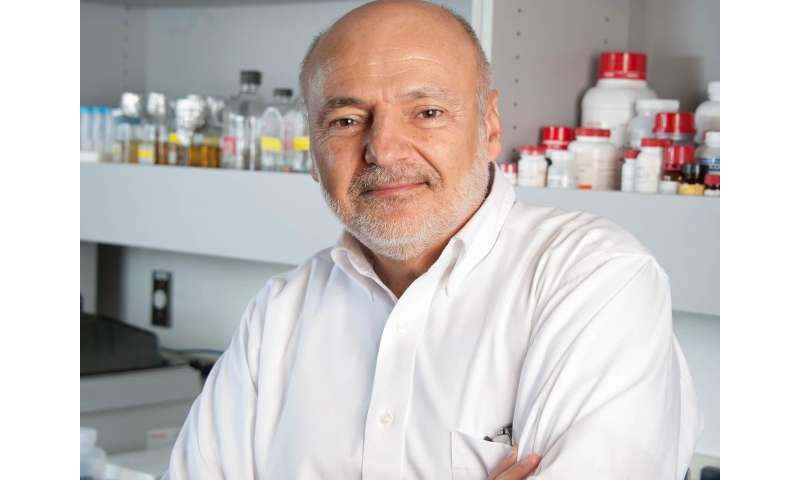 To address this question, Moscatand Diaz-Meco focused on the potential involvement of miRNAs—molecules that play an important role in regulating gene activity. An increasing body of evidence has shown that dysregulated miRNAs are associated with certainhallmarks of cancer, including sustained proliferation, resistance of cell death, and metastasis.

In the new study, the researcher teamscreened PKC zeta-deficient human colorectal cancer cells for changes in miRNAs. They found that loss of PKC zeta is most prominently associated with decreased levels of the miR-200 family. Additional experiments showed that PKC zeta deficiency promotes liver metastasis of colorectal cancer cells through ADAR2 inactivation, which increases the loading of miR-200s into vesicles that are subsequently secreted by the cells.

Consistent with this finding, colorectal cancer patients with metastatic tumors have increased blood levels of vesicles containing miR-200s. In mice with colorectal cancer, injection of a compound that inhibits the secretion of miR-200s significantly reduced liver metastasis.

Moreover, the discovery that ADAR2 is a key vulnerability of PKC zeta-deficient cells could have broad clinical relevance, in light of past studies showing that this enzyme acts as a tumor suppressor in brain cancer, stomach cancer, liver cancer, and esophageal cancer. Despite the importance of ADAR2 in a wide range of cancers, little is known about how it inhibits tumor growth and migration.