Stroke remains a leading cause of adult disability, and the global burden of stroke continues to grow with devastating consequences for patients, families, and caregivers. In this special issue of NeuroRehabilitation leading international experts on stroke rehabilitation provide theoretical and practical insights into the steps necessary to push beyond merely compensatory training and onto a level of recovery that is satisfactory for patients.

“Since 2011 there have been eight large randomized controlled trials of motor rehabilitation that recruited all participants within 30 days of stroke. However, none were able to detect a benefit of the tested intervention,” notes Dr. Stinear. “Using biomarkers to select and stratify patients in rehabilitation trials could increase the sensitivity of trials to intervention effects, which might be particularly important for detecting these effects against the background of recovery experienced by most patients during the initial days and weeks after stroke.”

Biomarkers of the functional and structural integrity of the corticomotor system can predict recovery from motor impairment and motor function outcomes in individual patients. There are two broad categories of motor system biomarkers that have received the most research attention to date: transcranial magnetic stimulation (TMS) and magnetic resonance imaging (MRI). Dr. Stinear and colleagues describe the accumulating evidence for the use of these motor system biomarkers during the initial days and weeks after stroke and then discusses the potential challenges and benefits of implementing these biomarkers in clinical practice using the PREP2 algorithm as an example.

The PREP2 algorithm combines clinical assessment with biomarkers in an algorithm to predict upper limb functional outcomes for individual patients. It is the first algorithm to be tested in clinical practice. It is the standard of care in two Auckland hospitals and is being rolled out in several other hospitals in New Zealand, North America, Singapore, and Europe. Other biomarker-based algorithms are likely to follow. The researchers describe several potential facilitators and barriers to implementing biomarkers in clinical practice, including characteristics of the algorithm, the clinical setting, and the clinicians themselves. 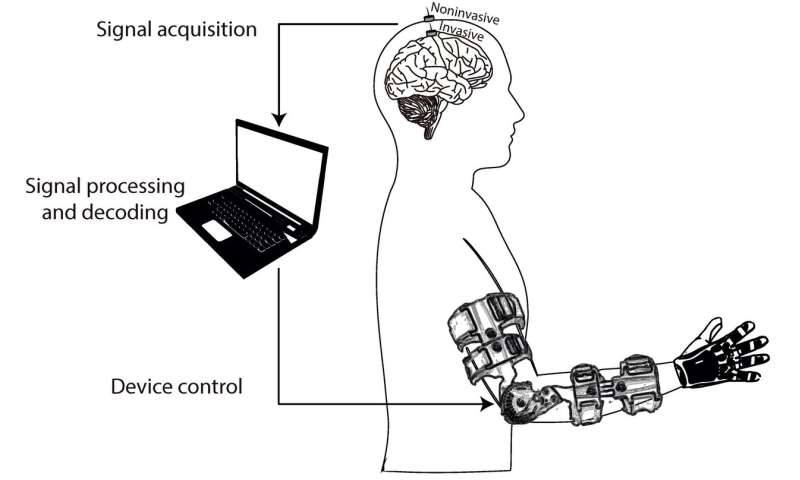 The researchers conclude that active, theoretically underpinned implementation strategies are needed to ensure that biomarkers are successfully used in clinical practice for predicting motor outcomes after stroke and should be considered in parallel with biomarker development.

“Implementing biomarkers in stroke rehabilitation practice has been shown to help patients leave hospital sooner, with no negative effects on their outcomes or wellbeing,” says Dr. Stinear. “Knowing what to expect for their recovery can also help patients and families adjust more readily to life after stroke. However, principled strategies for implementing biomarkers in clinical practice are needed to produce effective and sustainable improvements in clinical practice.”

Although therapies have improved in recent years, traditional rehabilitation still fails in patients with severe paralysis. Ander Ramos-Murguialday, Ph.D., MSc, of the Institute of Medical Psychology and Behavioral Neurobiology, University of Tübingen, Tübingen, Germany, and TECNALIA Research and Innovation, San Sebastián, Spain, and colleagues, review brain-machine interfaces (BMIs) that have emerged as a promising tool to guide motor rehabilitation interventions and promote recovery because they can be applied to patients with no residual movement. A BMI is a system that records, decodes, and ultimately translates brain signals into an effector action or behavior, without necessarily involving the motor system.

The researchers reviewed a total of 13 studies. Following a pilot study in 2008, the first double-blinded controlled clinical trial using a BMI for completely paralyzed stroke patients was published in 2013. The experimental group showed significant motor learning. Subsequent studies confirmed these positive results. The duration of the interventions ranged from one to eight weeks and each session lasted between 30 and 90 minutes. Twelve out of the studies targeted the upper limb, while only one focused on the lower limb. All the studies reported improvements of motor function in the experimental group after the use of the BMI. Six studies demonstrated higher improvements in the intervention group than in the control group. Only two of the studies reported no improvements at all in the control group.

Although significant, Dr. Ramos-Murguialday and colleagues conclude that functional motor recovery achieved with novel BMI technology remains modest. “Motor rehabilitation based on BMIs is still in a preliminary stage, and further improvements are required to boost its efficacy,” comments Dr. Ramos-Murguialday. “Invasive and hybrid approaches are promising and might set the stage for the next generation of stroke rehabilitation therapies.”