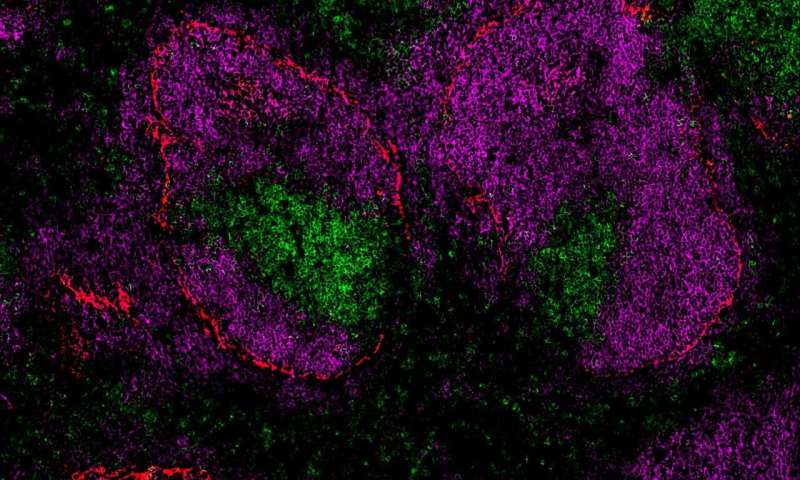 Contrary to prior belief, white blood cells enter the spleen primarily via vessels in the red pulp. The research results contradict ideas regarding how the spleen produces antibodies vital for the human body.

So far, white blood cells were believed to enter the spleen via circulation through the marginal zone surrounding the white pulp. However, no molecule controlling white blood cell trafficking has been identified in any of the laboratories working in the trafficking field in spite of three decades of research.

Contrary to prior belief, the research groups at the University of Turku in Finland led by Academy Research Fellow Maija Hollmén and Academician of Science, Professor of Immunology Sirpa Jalkanen together with their collaborators have been able to show that white blood cells enter the spleen primarily via vessels in the red pulp and then migrate to the other structures of the spleen.

Additionally, the researchers were able to confirm that the Clever-1 (common lymphatic and vascular endothelial receptor-1) molecule found by the group earlier controls white blood cell trafficking to both mouse and human spleen. “White blood cells entering the spleen attach directly to the Clever-1 molecule on the vessel wall. In addition, Clever-1 controls expression of other trafficking-associated molecules produced by the vessel. Such a molecule is, for example, the attractant for antibody-producing white blood cells,” says Hollmén.