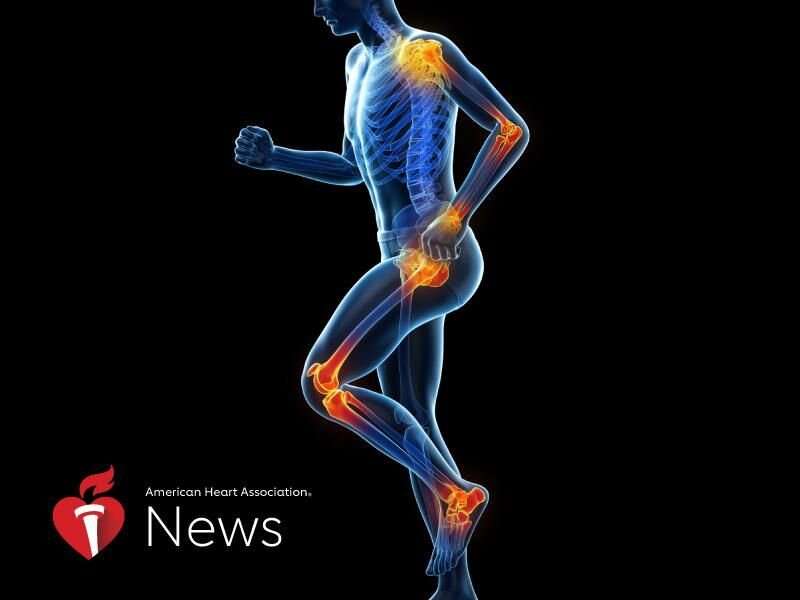 Inflammation can be a visible part of how your body fights illness or injury. If you’ve ever sprained your ankle, you already know about it.

But it also can be much less obvious, and researchers are still unraveling its mysteries. Some of what they’ve learned has intriguing potential for treating heart disease and other illnesses.

“Inflammation is a complex reaction triggered by your immune system when it fights off invaders—such as a virus, or what it thinks are invaders,” said Dr. Jun Li, a research scientist in the departments of nutrition and epidemiology at the Harvard T.H. Chan School of Public Health in Boston. On a basic level, most of it is considered either acute or chronic.

When inflammation is responding to an injury or intruder—such as bacteria, viruses or a splinter—it’s acute. The immune system releases chemicals that cause small blood vessels to expand, allowing more blood to reach injured tissue. Chemicals released at the injured point attract immune system cells to the affected area, where they help with the healing process.

Dr. Paul M Ridker, director of the Center for Cardiovascular Disease Prevention at Brigham and Women’s Hospital in Boston, said the flu is an example of acute inflammation.

“Your muscles ache, your joints ache, you feel cruddy,” said Ridker, who also is Eugene Braunwald Professor of Medicine at Harvard Medical School. “That’s because all the immune cells in your body are talking to each other saying, ‘Hey, there’s a foreign invader here. We’ve got to attack, and we’ve got to get rid of it.’ That’s a massive immunologic response, driven by these things called cytokines.” Cytokines are messages that immune cells use to speak to one another and coordinate an immune response.

Acute inflammation might be treated with steroids or an over-the-counter medicine such as ibuprofen.

If inflammation keeps simmering at a low level, it’s chronic. This can be triggered by cigarette smoke, obesity, chronic stress and more. Chronic inflammation has been linked to cancer, arthritis, diabetes and heart disease.

“What we’re talking about is a very, very low-grade inflammatory response that people don’t notice,” Ridker said. “It’s just in the background.”

In the 1990s, Ridker led studies that first associated this chronic inflammation with the risk of heart attack and stroke. He’s also led trials showing that lowering such inflammation could protect people from heart problems at levels similar to what’s provided by statins, the widely heralded cholesterol-lowering drugs.

Only two anti-inflammatory drugs have been shown to provide this particular heart-protecting benefit.

One of them, canakinumab, was carefully studied for heart disease but now is being developed as a lung cancer drug. The other is colchicine, an inexpensive drug used to treat gout. In a 2019 trial, low-dose colchicine reduced the risk of serious cardiovascular complications after a heart attack by 23% compared to people taking a placebo.

Ridker said he and other cardiologists have been prescribing colchicine to what he dubs “frequent flyers”—people whose heart disease keeps progressing despite aggressive cholesterol-lowering treatment and healthy lifestyles.

Screening for an inflammation marker called C-reactive protein, or CRP, can spot people who might benefit from such treatment.

“Some people have a more active, underlying cytokine immune system than do other people,” Ridker said. “They don’t know it. They can’t feel it. Their doctors don’t know it. And if you’re not measuring CRP, the same way your doctor measures LDL cholesterol, you just don’t know if you’re one of those people who has this advanced immune response.”

Ridker expects such screenings to become standard practice. Meanwhile, “most doctors are not measuring the inflammation at all,” he said. “So patients have to ask for it.”

Li said COVID-19, which can trigger a massive inflammatory response, the so-called cytokine storm, has led to more attention and research focused on inflammation. Recent studies are investigating relations between inflammation and the severity and prognosis of COVID-19 infection as well as other chronic illnesses.

She has also looked at how what you eat affects low-level inflammation and your heart. In November, Li published a study in the Journal of the American College of Cardiology linking high-inflammatory diets to the risk of heart disease and stroke.

Inflammation-fighting foods include green leafy vegetables, yellow vegetables, whole grains, coffee, tea and wine. Refined grains, sugary drinks and processed, red and organ meats are associated with higher levels of inflammation. A typical example of a healthy diet that also is anti-inflammatory is the Mediterranean diet, which has been shown to lower risk of heart disease and stroke.

Precisely how foods modulate inflammation is not completely understood, Li said. But fruits, vegetables and tea contain antioxidants and phytochemicals that can fight off certain chemicals that cause inflammation. Dietary fiber can be metabolized by gut bacteria into chemicals that researchers have found to be associated with lower risk of some chronic diseases.

Beyond diet, chronic stress and lack of sleep may also promote inflammation. Exercise, though, fights it, partly by reducing fat. “A lot of evidence suggests that excess energy intake and obesity could promote chronic inflammatory processes,” Li said.