What do your taste buds say about you? Candy lovers are caring while gin and tonic drinkers are manipulative, research shows

Our food and drink choices change moment to moment, depending on mood, energy, cravings and more.

But each person has certain things that particularly pique their taste buds.

In general, tastes are divided into four classic groups – salty, sweet, sour and bitter – as well as spicy, which is commonly included.

And according to psychologist Dr Jen Nash, there is a lot that can be gleaned about a person if you know which tastes attract them more.

‘Is it just a coincidence that words describing our major food tastes also express personality characteristics? Research would say no,’ she says.

‘Those we know who are “sweet”, “bitter” or “sour” may describe their food preferences as much as their temperament.’

Here, she breaks down what influences our tastes – and what each taste means. 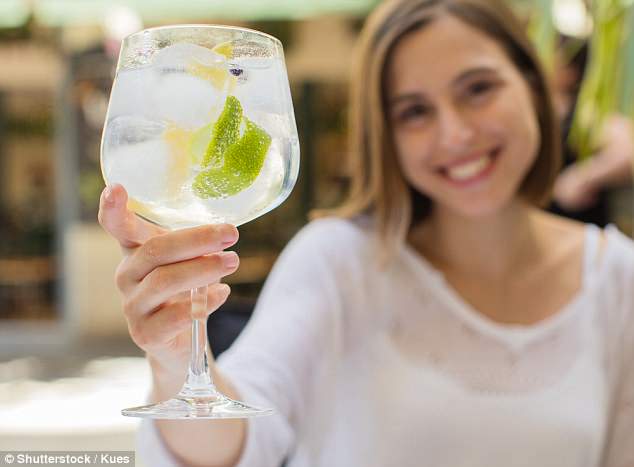 According to psychologist Dr Jen Nash, our tastes tell us a lot about our personalities

The type of foods we tend to crave are often shaped in childhood.

They’re generally based on the sort of foods we were given as children as a reward or a treat or to make us feel better when we were upset.

Food has never just been about fuel for the body – ever since infancy, being fed is linked with feeling loved, cared for and soothed.

As we grow into childhood and adolescence, food can become a shortcut for dealing with life experiences that are difficult to ‘digest’ – abuse, trauma, grief, bullying and many others.

Young people have a limited number of ways they can deal with emotions.

If parents show discomfort at the expression tears, anger and other high emotion, or prematurely shut down the child’s authentic expression of these, eating can become a much needed friend that helps the young person through – and they flavors they pick could shape your tastebuds.

So if, for instance, your mother (or whoever was looking after you) gave you something sugary, such as biscuits, sweets or chocolate to make you feel after falling and hurting yourself, you will learn to associate these sort of foods with feelings of happiness.

If they give you a healing, salty soup when you were feeling low, that could lead you to crave those flavors whenever you hit a dip in adulthood.

HOW YOUR PERSONALITY MAKES YOU CRAVE SOME THINGS OVER OTHERS

Dr Alan Hirsch, a neurologist and psychiatrist at the Smell and Taste Foundation in Chicago has been conducting research on ’embodied metaphors’, linking tastes with personality characteristics.

According to his research, the food we choose can reveal our inner thoughts and feelings.

Eating preferences are driven by primal needs, and there are five distinct tastes that we can distinguish via our taste buds.

When we have all five of these tastes included in a meal, we are more likely to feel ‘complete’ i.e. truly satiated, when we’ve finished.

But many of us distinctly prefer some tastes over others, and research suggests it may be because these are subtle ways of expressing aspects of our personality.

REVEALED: THE FIVE FLAVOR GROUPS – AND WHAT YOUR FAVORITE SAYS ABOUT YOU

You’re more likely to be a risk taker, enjoy seeking the ‘high’ of thrilling sensations and new experiences, like scary fairground rides or toe-curling horror films.

If you enjoy the bitter taste of black coffee, tonic water, or radishes, brace yourself! – because the research shows you’re more likely to have anti-social personality traits, such as being manipulative, callous, or insensitive, or even show psychopathic traits.

Gin and tonic, anyone?!

You’re more likely to be agreeable and help others in need, with no expectation of reward.

Some may say you’re critical and harsh on those around you, you’d say you’ve just got high standards and like to stretch your limits.

You like immediate reward, are more likely to be competitive, fast paced and get frustrated at daily hassles like traffic queues

These definitions do need to be taken with a pinch of salt.

As Dr Jen Nash explains: ‘While this research is fascinating and makes for interesting dinner table chat, it does need to be interpreted broadly, as our food preferences are influenced by a multitude of factors.

‘The preferences of those shopping and cooking for us, what’s actually available and family/cultural patterns all play a part.’

So, while taking note of your first date’s menu choices may be enlightening, perhaps don’t be too quick to jump to conclusions when a black coffee follows a G&T!

Practically, it’s important to remember that whilst our taste buds may say something about the type of person we are the factors that influence the choice we make can also have a huge impact.