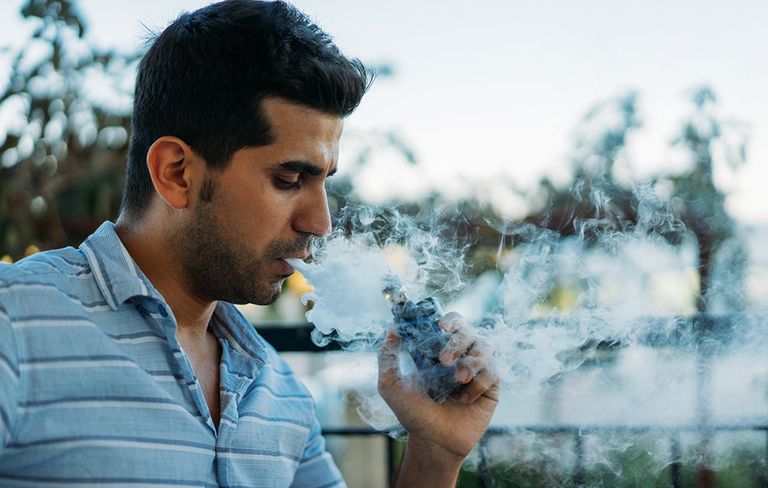 Vaping is often touted as a method that can wean people off of traditional cigarettes. But a new study says it’s not nearly as effective as straight-up paying people to quit smoking.

Researchers at the University of Pennsylvania studied five types of smoking cessation programs to determine which incentives worked best for smokers who weren’t already planning to quit. After looking at thousands of employees from 54 companies, they determined that offering money, but threatening to take it away if people continued smoking, was the most effective strategy.

Here’s what they did:

An email was sent to more than 6,000 smokers explaining that they were selected to participate in a study that would help them quit cigarettes. Participants received one of five benefits:

Just to make sure there weren’t any cheaters in the mix, scientists assessed whether people had quit smoking by examining employee urine and blood samples.

So, what did they find?

The team found that of the 1,191 smokers who opted into the study, 12.7% successfully quit cigarettes when the researchers threatened to take money away from them. E-cigarettes, however, were far less motivating: only 4.8% of the 1,191 participants successfully kicked the habit by vaping.

Study co-author Dr. Scott Halpern of the University of Pennsylvania told Reuters that his data shows that e-cigarettes really aren’t that helpful for people who want to stop smoking.

“We cannot detect any evidence that they are better than offering free conventional smoking cessation aids or just providing information,” he said.

“People are much more motivated to avoid losing $100 than they are to gain $100, even though, economically, they are flip sides of the same coin.”

But how do you quit without getting paid?

Getting paid to give up smoking might motivate you to stop. But let’s face it: not every company is handing out $600 to help you kick the habit.

So how can you be successful on your own? Although there isn’t one way that works for everyone, one long-time smoker replaced cigarettes with walks and exercise. You can also try one of these tips from real guys who finally kicked the habit.