It sounds almost too good to be true for those struggling to keep their weight down – a simple jab to prevent unwanted pounds piling up.

But the prospect of a vaccine to stop you getting fat is drawing closer after scientists found compelling evidence linking obesity to an infectious virus.

Adenovirus-36 is found four times more often among the obese than in patients of a healthy weight.

Studies on animals indicate that the virus is responsible for adding up to 15 per cent to body weight. That’s a stone and a half for the average British woman, or two stone for a man. 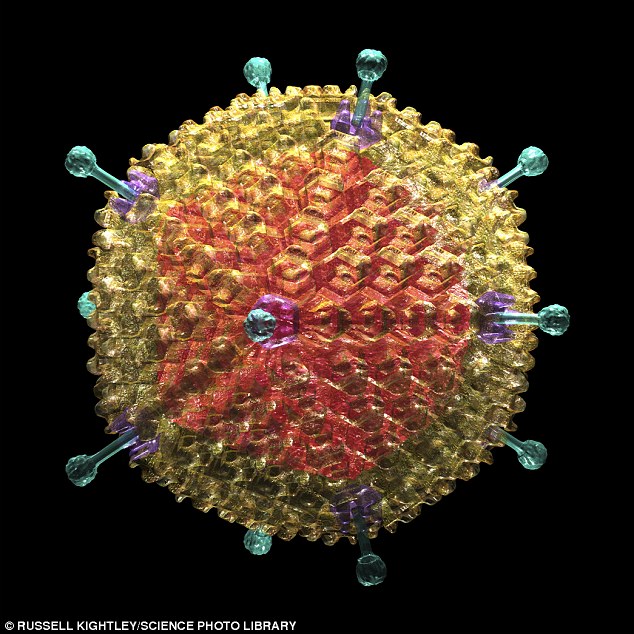 The finding comes as levels of clinical obesity have spiralled to a record 27 per cent of the population. A further 36 per cent are overweight – making Britain the fattest nation in Western Europe.

The virus has a two-fold effect, not only irritating fat cells and causing them to become inflamed, but also preventing them dying and being flushed away by the body. The affected cells then accumulate, leading to obesity.

In a study using samples of healthy tissue from 80 women with breast cancer, four out of five who were overweight had the virus – against just one in five who were a normal weight.

Although the link could be the result of the cancer making the infection more likely, earlier research found that monkeys injected with the virus went on to gain weight. In other studies, at least 30 per cent of obese people were found to be infected but just 11 per cent of those with a healthy weight had the virus.

Adenoviruses are usually linked to colds and eye and bowel infections. A close relative of adenovirus-36 has already been proven to cause mice and monkeys to put on weight. Dr Wilmore Webley, of the University of Massachusetts, conducted the study into the breast cancer patients. 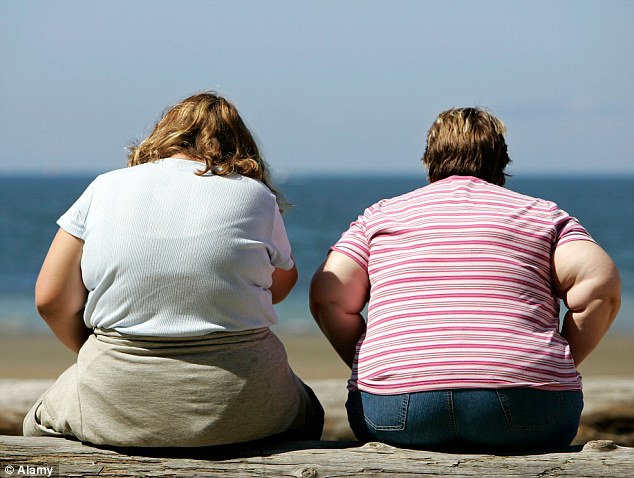 The virus irritates fat cells causing them to become inflamed and prevents them from dying and being flushed away by the body. The affected cells then accumulate, leading to obesity (file photo)

He says a vaccine for adenoviruses that cause respiratory problems is already used by the US Army – evidence a vaccine for the obesity virus could be developed.

Dr Richard Atkinson, Emeritus Professor at the University of Wisconsin, has already patented a vaccine for the virus but has been unable to attract enough funding to make it commercially. He told The Mail on Sunday that academics in South Korea had tested the vaccine in animals and it had prevented the virus from infecting fat cells.

He said the vaccine could be given to young people to protect them from getting the virus and stop fat cells accumulating.

With millions of people around the world dying from obesity-related diseases each year, a vaccine could save thousands of lives.

However, not everyone is convinced. Obesity expert Professor Nick Finer, of University College London, told New Scientist magazine that more studies were needed to prove a link between the virus and weight gain.

‘No matter how many association studies are reported, they do not prove causality,’ he said.

But you can’t beat eating less

by Tam Fry, Chairman of the National Obesity Forum

The popular theory is that you can ‘catch’ obesity only by hanging out with fat friends, eating the junk food they indulge in and following their sedentary lifestyle.

But it’s a theory being increasingly questioned as more work is done with the adenovirus-36 virus.

Although a large number of specialists think the idea is fairly ridiculous – after all, viruses tend to cause weight loss rather than gain – it would be foolhardy to dismiss it out of hand.

Researchers have repeatedly popped up in the 30 years since Dr Nikhil Dhurandhar first looked into the virus – the potential cause of an epidemic that killed off fat chickens in India. Dr Wilmore Webley is the latest to be caught by the bug.

What is particularly interesting is Dr Webley’s theory that a vaccine could be developed to prevent obesity occurring in the first place.

Vaccinating children would be the obvious initial step, since we seem to have little answer to preventing a quarter of them being overweight or obese by the time they enter primary school. Once fat, it is an almost insurmountable task to bring them back to a healthy weight.

It will take many years before any product is granted a licence to be used on humans.

Dr Webley is quite correct to emphasise that, even then, there would be no substitute for eating healthily. And you cannot exclude the importance of exercising and remembering that portion size is also a major factor in protecting your health.

This applies as much today as in the future – and remember that Dr Webley’s anti-obesity vaccine may never happen.