As we get older, our eyesight tends to worsen – another of the annoying signs of ageing. But as I’ve recently discovered, what you eat can have a surprising impact on how well you see.

I’m short-sighted and I’ve worn glasses for most of my life.

Then, about seven years ago I started getting a lot of ‘floaters’ in my eyes, which I ignored. What I didn’t realise at the time is that those floaters may have been a sign that, unknown to me, my blood sugars were high – in the diabetic range. 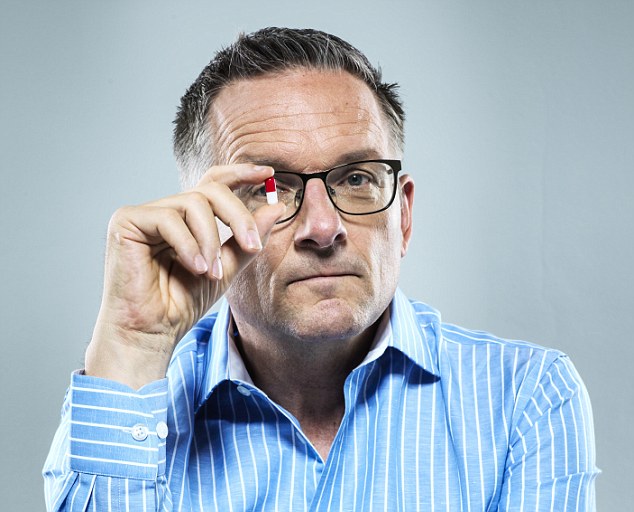 When I later discovered, through a chance test, that I had raised blood sugar levels, I put myself on the 5:2 diet, lost 20 lb and my sugars returned to normal. Since then I’ve had no floaters. When I last had my eyes checked, they were OK, though with room for improvement. Here’s how you can try to avoid my experience…

Having high blood sugar is bad for your body and spectacularly bad for your eyes. High levels damages the retina, the light-sensitive layer of cells at the back of the eye which allows you to see.

About 40 people every week in the UK go blind because of diabetes, and the scary thing is that around one in four people with diabetes don’t know they have it. That’s why it’s so important if you are having any problems with your eyes, such as blurring or floaters, that you get them checked out.

WHAT TO FEED YOUR EYES

Eating the right sorts of foods can also protect you against something called age-related macular degeneration (AMD), the leading cause of blindness in the UK. The macula is the most delicate part of the retina and is particularly vulnerable to damage from sunlight.

5:2 recipe of the week: pistachio and broccoli 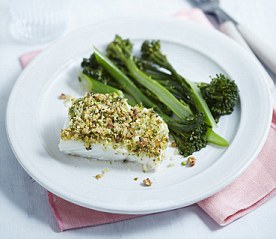 Meanwhile, steam 200g tenderstem broccoli (make sure thicker stems are halved lengthways) for 3-4 minutes until tender, then toss in half the juice of 1 lemon and 1 tbsp olive oil and some seasoning. Serve with a side salad.

Higher calorie (serves 2): Serve 1 cod fillet per person rather than half. To serve, stir the remaining olive oil, lemon juice and some seasoning through 150g cooked quinoa.

A couple of years ago I took part in an experiment to see if I was at risk and whether taking a vitamin supplement containing a compound called meso-zeaxanthin, which is a type of carotenoid – a pigment that filters out harmful blue light and reduces damage at the back of the eye – would lower the risk.

It also contain two other carotenoids – lutein and zeaxanthin – which have powerful antioxidant and anti-inflammatory properties.

I started by having my eyes thoroughly tested, including colour perception and night vision. The results were depressing. My ability to detect yellow and blue colours was extremely poor – probably the result of my earlier brush with diabetes.

My night vision was also poor, though average for my age.

Over the next three months I took the daily supplement and 12 weeks later, when I had my eyes tested again, I was delighted to hear that my blue and yellow colour perception were back to normal and my night vision was now twice as good as before.

In another study at Waterford Institute of Technology in Ireland, researchers found that boosting the diet with lutein, zeaxanthin and meso-zeaxanthin led to significant improvements in the protection of the delicate macula, as well as improved eyesight.

Good sources of lutein include green kale, spinach and the yellow yolks of eggs.

Zeaxanthin can be found in corn, paprika, bell peppers and saffron.

Meso-zeaxanthin is harder to get from food. It’s found in trout, sardines and salmon, but do eat the skin as that’s where it’s concentrated. And before you ask, no, carrots don’t improve vision, despite the myth. If you want to improve your eyesight without taking supplements, get munching on leafy greens, tasty trout and juicy bell peppers.