Revealed: Zumba is the most dangerous type of dancing (and salsa causes fewer injuries than ballroom) 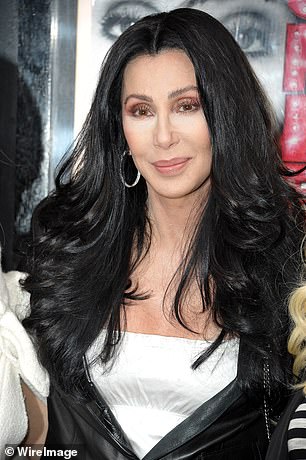 It’s the trendy dance routine and fitness craze that has taken the world by storm and includes the ‘Goddess of Pop’ Cher among its allegiance of fans.

But scientists have now revealed Zumba – a Latin-inspired dance workout – is the most dangerous type of dancing.

In a review of five popular forms of dancing, they found there is an average of 3.9 injuries for every 1,000 hours of Zumba.

By comparison, the rate is almost four times lower for salsa (1.1 per 1,000 hours) – a lively style of dance that originated in Cuba.

The study solely delved into the dangers of salsa dancing.

Researchers at Coventry University led the trial, which quizzed 450 salsa dancers between the ages of 18 and 64.

They were asked about how often they dance, if they do any other exercise and if they warm up beforehand.

Up to 22 per cent of salsa dancers suffer at least one injury every year, according to the results of the study. This is compared to 14 per cent of men.

The injuries they received were most often caused by being stepped on by another dancer.

Results showed women suffer 1.1 injury for every 1,000 hours they spend dancing the salsa compared to 0.5 injuries for men.

This makes women more than twice as likely to be injured by salsa dancing than men.

But for every year spent salsa dancing, the risk a person will be injured goes down by seven per cent. 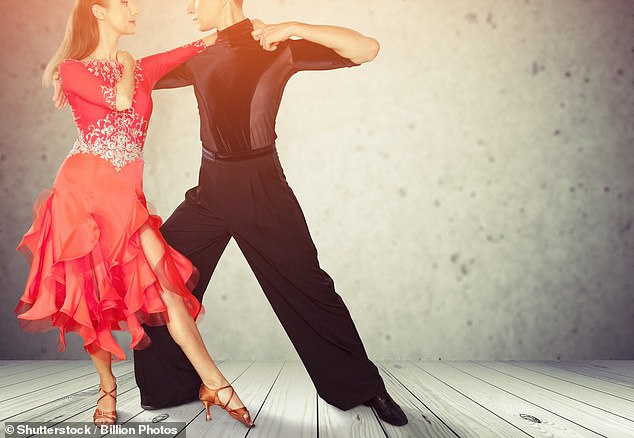 Dr Pablo Domene, study author, and colleagues then compared the rates of injury from salsa dancing to four other types of dance.

They found ballroom dancing has a similar injury rate to salsa at 1.5 and 0.5 per 1,000 hours for women and men.

Dr Domene, who also teaches salsa, said: ‘Researchers have been investigating injuries in dance for many years to try to reduce the risk of people being hurt while performing – but until now no one has ever looked at salsa.

‘For us it seemed necessary to do this research using a large group of dancers, and from a variety of countries, to be able to provide comparisons in terms of injury rates, types and severity with other popular genres of dance.’

Dr Domene added that avoiding dancing when the environment is ‘overcrowded’ could help reduce the number of injuries.

And she also suggested that dancers should take care ‘not to collide with or step on other dancers’ and avoid ‘wearing open-toed shoes’.

The findings were published in the Journal of Physical Activity and Health.

Previous research by the same scientists found a single salsa class makes a person more intelligent by boosting their understanding, focus and memory.

Elderly people are advised to take up tango and ballroom dancing to cut the risk of falling and injuring themselves.

In June 2017, dance scientist Dr Emma Redding, from Trinity Laban Conservatoire of Music and Dance, said dance classes could help prevent falls, which are the biggest cause of emergency hospital admissions for pensioners in Britain and kill almost 5,000 people every year.

The slower, structured dance styles of tango and ballroom provide ankle and core strength for older people, helping them keep their balance.

Older people are more at risk of falling because of muscle deterioration and a loss of balance that comes with age, as well as sight problems and the side effects of medications. 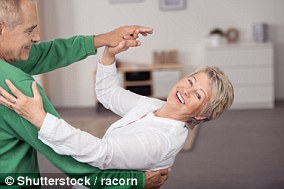 Dr Redding also said dance classes can help widowed people who are lonely, while the traditional music they waltz to can bring back valuable memories for those with dementia.

Speaking before giving a talk at Cheltenham Science Festival, she said: ‘Dancing, you take physical risks you would not on your own. You shift your weight from side to side, from front to back, as you would not do when walking.

‘This helps with ankle and core stability and makes people much more confident when moving in everyday life.

‘The postural alignment is very important in preventing falls in older people and could help keep them safe.’

This is particularly good for older people, who typically fail to achieve their guideline 150 minutes of moderate exercise and two of more days of strength exercises a week.