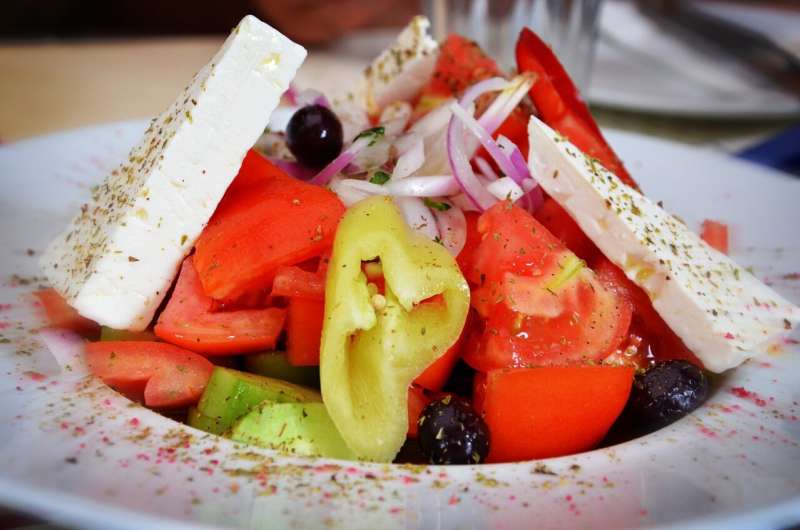 Scientists from the University of Granada (UGR) have demonstrated the multiple benefits of the Mediterranean diet for patients with systemic lupus erythematosus (SLE), one of the most common systemic autoimmune diseases.

Their study, published in the journal Rheumatology, has revealed that lupus patients who follow a Mediterranean diet have a lower incidence of being overweight or obese, present a lower cardiovascular risk, and experience improvements in the clinical evolution of the disease (that is, lower disease activity rates and organ damage accrual).

The researchers also observed that the consumption of certain foods is beneficial for these patients. The combination of consuming anti-inflammatory foods characteristic of the Mediterranean diet (such as olive oil, fruits, vegetables, fish, and homemade vegetarian sautés) and avoiding foods outside of that diet pattern (such as processed meat products, high-sugar foods, and factory-baked pastries) was strongly associated with lower disease activity and organ damage among lupus patients.

Doctor Gabriela Pocovi Gerardino, dietician–nutritionist and first author of this work, explains: “The exact cause of lupus is still unknown, but we do know that it stems from the interaction of various factors such as a genetic predisposition, certain environmental factors (exposure to UV rays and toxins, lifestyle factors) or hormonal changes, among others.” This complex interaction gives rise to an autoimmune response that triggers inflammation and damage in many different organs and tissues. Lupus sufferers also carry an increased risk of cardiovascular problems.

In recent years, researchers have begun to highlight the possible role of diet in the development and evolution of autoimmune diseases, as in other chronic diseases such as cardiovascular disease, obesity, diabetes, or cancer.

Since 2017, this UGR research group, led by Norberto Ortego Centeno, together with the Biohealth Research Institute in Granada (ibs.GRANADA), has been investigating the impact of diet on autoimmune diseases and particularly on lupus. As part of the LyDIMED Research Project “Lupus and Mediterranean Diet” (Pl-0523-2016 Department of Health, Junta de Andalucía), research has been conducted on the influence of diet and, specifically, the Mediterranean diet, on chronicity, severity, and cardiovascular risk in this autoimmune disease.

They have carried out a descriptive cross-sectional study in which the patient’s general lifestyle (dietary intake, body composition, level of physical activity, unhealthy habits) and adherence to the Mediterranean diet were assessed. A group of 300 patients with lupus from various hospitals in Andalusia (“San Cecilio” University Hospital, Granada; Jaén University Hospital Complex, Jaén; and “Poniente-El Ejido” Hospital, Almería) participated in the study.