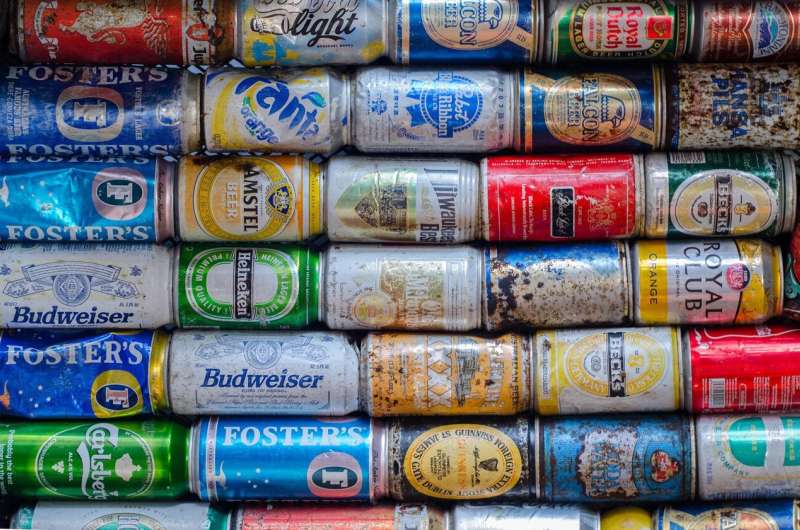 A pair of researchers, one with the Harvard T.H. Chan School of Public Health, the other with the University of North Carolina, Chapel Hill, are suggesting that it is time to update the warning labels that appear on bottles and cans containing alcohol-based beverages made for sale to the public. In their paper published in the New England Journal of Medicine, Anna Grummon and Marissa Hall point out that such labels have not been updated in several decades and that research efforts have shown that such beverages pose a significant public health hazard.

In 1989, warning labels in the U.S. began appearing on bottles and cans of beverages that contained alcohol, noting that drinking such products came with risks that included driving while intoxicated. They also noted that drinking while pregnant could harm a yet-to-be-born baby. Some other minor health risks were occasionally noted. Such warning labels have been updated since then but only the words have changed—the message has remained the same. In this new effort, Grummon and Hall suggest that an update is in order because researchers have found that consuming alcohol can lead to a host of medical problems.

The researchers begin their argument by noting that earlier this year, the CDC published mortality statistics showing that consumption of alcohol now leads to approximately 140,000 deaths every year. They further note that the pandemic has only made the problem worse. They go on to say that most Americans do not know that scientists have found health problems related to drinking—other than those that occur due to car crashes or other kinds of accidents. They point out that drinking alcohol has been shown to increase the chances of a person developing hypertension, cirrhosis, heart disease and cancer—even for light drinkers. They suggest that comparing the content of current warning labels with the actual risks involved in drinking alcohol, “borders on being misleading.”