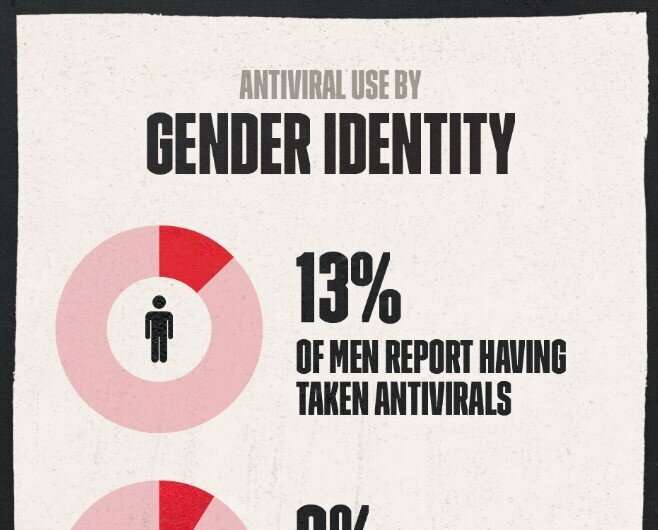 Paxlovid and Molnupiravir, two leading COVID-19 antiviral medications, are life-saving drugs that have been shown to reduce deaths, in Paxlovid’s case, by a factor of 10 in the most severe cases.

However, according to new research published Wednesday by the COVID States Project, the two treatments have been vastly underutilized in the U.S., renewing concerns about the extent to which the federal government’s oft-criticized COVID-19 response contributed to preventable deaths from the disease.

The research is based on a nationwide survey that was conducted between June 8 and July 6 involving 24,414 respondents. Of them, 43% said they had been infected with COVID-19 recently; and of those who were sick between May and early July, only 11% reported having taken the antivirals, the data shows. The antiviral drugs are typically used at the onset of symptoms to blunt the progression of disease, according to the Centers for Disease Control and Prevention.

“These data suggest a tremendous lost opportunity, where many of the approximately 200,000 deaths from COVID-19 since January 1, 2022, might have been prevented with the timely use of antivirals,” the authors wrote.

Researchers also report significant socioeconomic and gender disparities in who received treatment, with roughly 16% of those surveyed who received treatment for their infections reporting that they earn more than $100,000, compared to just 7% of those who reported earning $25,000 or less, the data shows. Adults over 65—considered high risk for severe COVID-19 illness—had higher treatment rates than other age groups at roughly 20%, which the authors note is still low.

David Lazer, university distinguished professor of political science and computer science, and co-author of the research, says the data points to “systemic failures” in getting people the treatment.

“It is plausible that 100,000 to 150,000 lives could be saved this next year by a more aggressive use of antivirals,” Lazer says, acknowledging, also, that new variants could influence projections.

Asked if he thought that the problem is linked to supply chain disruptions, Lazer said he thinks it may have more to do with failures to effectively distribute existing stockpiles. The drugs were in short supply when they received emergency use authorization in December, leading to concerns that patients wouldn’t have access to them. But, as the omicron wave dissipated, reports emerged that the medications were sitting unused on pharmacy shelves across the U.S.

“I don’t think it’s about availability,” Lazer says. “It could be that it’s just not in the right places all the time; that there is enough of it but not enough of it in every place.”

Researchers also note that, although cases, hospitalizations and deaths continue to trend downward across the U.S., there are still on average more than 400 deaths from COVID-19 every day. If “the reasons for the limited use of medication treatment can be better understood,” they write, there’s an opportunity to further save lives.

“News reports have emphasized the ‘Paxlovid rebound’ (a return of a positive test after taking Paxlovid), rather than the high efficacy of the antiviral at preventing death,” the authors wrote.