Your budget medicine cabinet: Expert pharmacist GEMMA FROMAGE reveals how to save £200-a-year on everyday essentials

For every condition, there is often a branded over-the-counter remedy we instinctively reach for.

And yet there will be a cheaper version with identical contents that could save you a small fortune.

Pharmacist GEMMA FROMAGE reveals the definitive guide to the best buys to fill your medicine cabinet.

Annual saving: £55.20* (Based on the average person buying eight packs of paracetamol a year, and for women, 12 packs of ibuprofen — one for each menstrual period.) 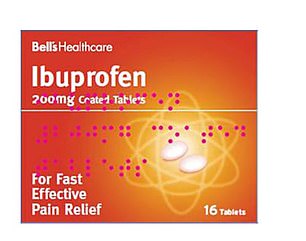 Some branded versions have special coatings, or are contained in soft capsules, and may dissolve more quickly in the body — however, the difference in speed of pain relief will be minimal

Expert says: The price of painkillers can vary hugely, yet the own-brand or cheaper versions will contain the same active ingredient in the exact same doses. As a result, they will do the exact same job as any expensive, branded options despite being up to ten times cheaper in some cases.

Some branded versions have special coatings, or are contained in soft capsules, and may dissolve more quickly in the body — however, the difference in speed of pain relief will be minimal.

Also, despite some products claiming to be designed for a specific type of pain, such as migraine or back pain, oral painkillers do not target one type alone, they work throughout the body so it won’t be targeted relief (but gels may offer this, see below).

Paracetamol and ibuprofen work differently: paracetamol can reduce a fever and ease cold and flu symptoms, whereas ibuprofen (which may also ease some of these problems) is an anti-inflammatory and so is beneficial for muscle aches and period pain. 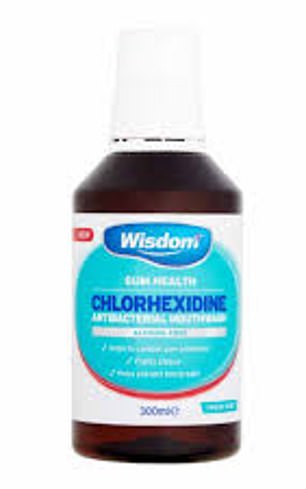 Expert says: Studies have shown that chlorhexidine is the most effective mouthwash ingredient for killing bacteria that cause plaque and lead to gum disease (specifically gingivitis).

Despite the difference of more than £3.50 for the same size bottle of the branded version, the cheapest product contains the same active ingredient and will be just as effective in easing inflammation, swelling and bleeding associated with gum disease.

As with all mouthwash, use at a different time from brushing, as slooshing straight after will wash away most of the protective fluoride in toothpaste.

Annual saving: £34.20 (Based on getting through four boxes over a year.)

Expert says: With an astounding £8.55 difference in price compared to the leading brand, it is hard to believe that the products contain the exact same 30 tablets of cetirizine at the same dose.

This medicine blocks the effects of histamine in your body, which immune cells release during an allergic response to a perceived irritant, such as pollen, which in turn causes symptoms such as sneezing and a runny nose. Take one a day. 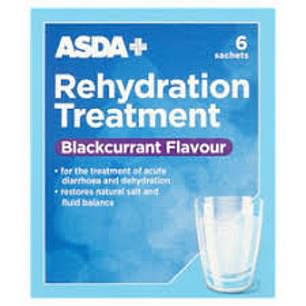 Expert says: Rehydration sachets — which you dissolve in a glass of water — contain electrolytes, vital salts such as sodium citrate and potassium chloride which keep the muscles and nervous system functioning properly (as well as sugar for energy). The body loses these as a result of diarrhoea, through dehydration, causing symptoms such as dizziness, headaches and tiredness.

Rehydration salts restore the natural balance of salts and fluid in the body, and help eliminate symptoms of dehydration.

There may be slight differences in the salts themselves, from one more expensive product to the next (and prices can be more than double this Asda option), but the overall effect will be the same.

Adults should mix one sachet with water and drink immediately after a loose bowel motion. (Do not give to children under two unless told to do so by a doctor.) If symptoms persist for more than 48 hours, seek medical advice. 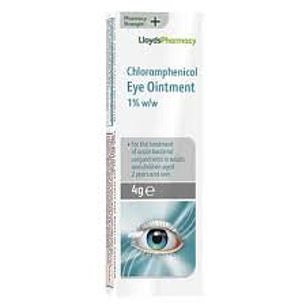 Expert says: Eye infections such as bacterial conjunctivitis are common, and the ointment used to treat them contains the active ingredient chloramphenicol, an antibiotic which stops the bug from growing and spreading.

There are many versions on pharmacy shelves, but the ointment always contains 1 per cent chloramphenicol (the drops always contain 0.5 per cent).

You apply a small amount to the infected eye three to four times a day for five days. A tube has to be binned 28 days after opening. 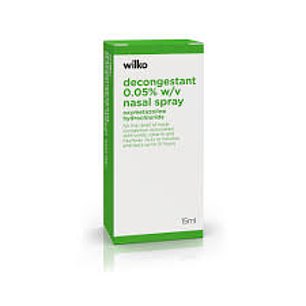 Expert says: As part of the immune response during a cold, blood vessels swell, membranes become congested, and as a result the nose feels blocked.

Decongestant nasal sprays contain oxymetazoline hydrochloride which can help relieve symptoms by narrowing the small blood vessels in the nose. This brings down the swelling and helps open up the nasal passages to make breathing easier.

All sprays should work within minutes and the effects last for up to 12 hours. Identical sprays can cost up to four times as much.

Expert says: At some point an estimated seven in ten of us will be infected with the virus HSV-1 (also known as herpes simplex virus type 1), which causes cold sores.

And once you have the virus, it is always in your body, where it lies dormant and is reactivated by triggers such as sunlight, stress and cold weather.

Treatments can speed up healing or try to halt outbreaks.

One of the most effective over-the-counter remedies is acyclovir, which stops the virus from reproducing, and in turn reduces the duration and severity of blisters.

Some products cost more than six times as much as this cut-price option, for the same size bottle with the same active dose.

Simply apply to the affected area with a cotton bud five times a day. 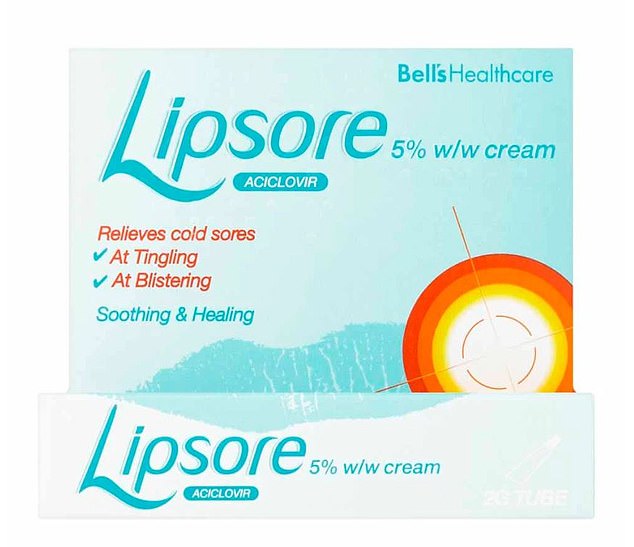 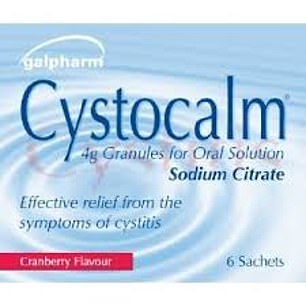 Expert says: Cystitis is an inflammation of the bladder, usually caused by a bladder infection, which causes acidic urine, irritation and an unpleasant burning sensation when passing water.

An effective remedy like this contains sodium citrate, which will make the urine less acidic, thus providing relief of the symptoms in a few hours — but some remedies can cost four times as much.

Mix with water and drink three times a day.

If you have no improvement in symptoms in three days, suffer regularly, or have blood in your urine, then see your GP.

Expert says: This anti-inflammatory gel contains 5 per cent ibuprofen — but identical versions can cost from £1.85 to £6 for the same size tube.

The gels are beneficial for massaging into muscular aches and pains.

Unlike oral painkillers, which get into the bloodstream and travel around the body, the ibuprofen in the gel is locally absorbed into the skin where it is applied.

This means that pain relief can be accurately targeted.

Massage the gel into the skin until fully absorbed, up to a maximum of three times a day.

Expert says: This anti-inflammatory gel contains 5 per cent ibuprofen — but identical versions can cost from £1.85 to £6 for the same size tube

Expert says: A common ingredient in cough syrups is guaifenesin, which reduces chest congestion caused by colds or infections. It does this by loosening phlegm and making it easier to cough out.

Differences in these cough mixtures tends to be due to ingredients that make it taste better. However, this has no effect on how the product works, yet can cost four times more. 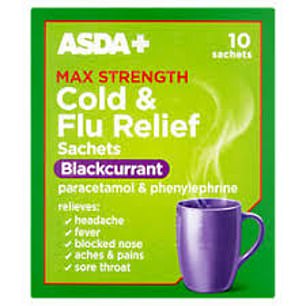 Expert says: There are several cold and flu sachets on the market and the most effective — such as this Asda option — will contain the painkiller paracetamol and decongestant phenylephrine, which reduces inflammation of the nasal tissue to open the airway.

Yet some can cost up to four times as much for the same effect. Mix with boiling water and drink every six hours. Don’t use with other medicines containing paracetamol. 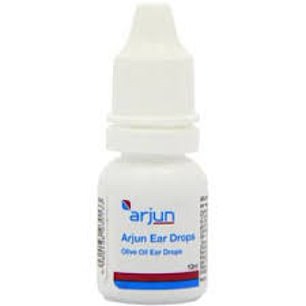 Annual saving: £7.08 (Based on needing three bottles a year.)

Expert says: Ear drops can contain medical-grade olive oil (which, unlike that in your kitchen, is licensed for use in the body) to soften hardened ear wax gently and make it easier to remove via syringing.

Despite containing just this basic ingredient, some cost up to four times as much.

✱ Annual savings based on a comparison with the most expensive branded products at time of writing.