One in seven GP posts is empty, with vacancy rates up three-fold in six years, figures reveal.

Surgeries are increasingly using nurses, paramedics, pharmacists and locums to plug the gaps. 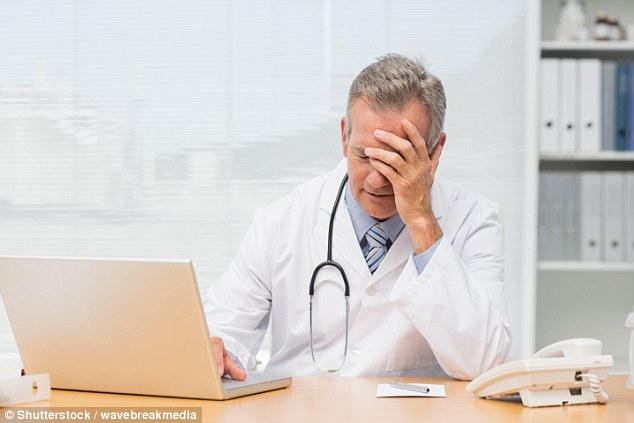 One in seven GP posts is empty, with vacancy rates up three-fold in six years, figures reveal

But the record shortages are leaving patients with ever-longer waiting times, and make it far more difficult to see the same GP each time.

Ministers have repeatedly promised to hire an extra 5,000 GPs by 2020 to free up more appointments, especially out-of-hours.

But figures in May showed the NHS has lost a net 1,018 family doctors since ministers first made that pledge in 2015.

The survey comes after the head of the NHS’s workforce body revealed last month that four in ten GPs – who each cost the taxpayer around half a million to train – had quit their full-time posts within five years of finishing their training.

And this week the Royal College of GPs warned that almost every surgery had at least one GP vacancy. The shortage has come about because older doctors are choosing to retire in their 50s as they are fed up with the increasingly intense workloads and form-filling.

At the same time millennial GPs are opting to only work part-time or practise as locums, rather than holding down permanent posts.

Some of these GPs have families, while others want to mix their time up with research, starting up a business or private work.

Dr Richard Vautrey, chair of the BMA’s GP Committee, said: ‘The fact that so many surgeries are unable to recruit GPs provides yet more evidence of the scale of the crisis impacting general practice. 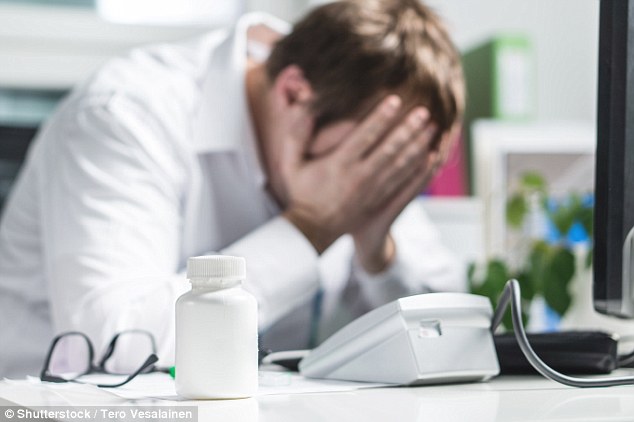 The Government must prioritise general practice and urgently invest in it to address this growing crisis … We cannot allow a situation where patient safety is being compromised by a lack of political action.’ The survey asked GPs how many posts were vacant in their own surgery. From these figures, Pulse estimated the total number of vacancies nationally.

One GP, who did not want to be named, said: ‘This provides appointments but means that individual GP list sizes have risen substantially. Results, letters, paperwork, prescribing requests and admin workload all go to the named GP, so high list sizes bring high workload and responsibility.’

The Department of Health and Social Care said: ‘We are increasing investment by £2.4billion a year by 2020 and more than 3,000 GPs are expected to be recruited into training this year. The Prime Minister recently announced increased funding for the NHS by £20.5billion over the next five years.’