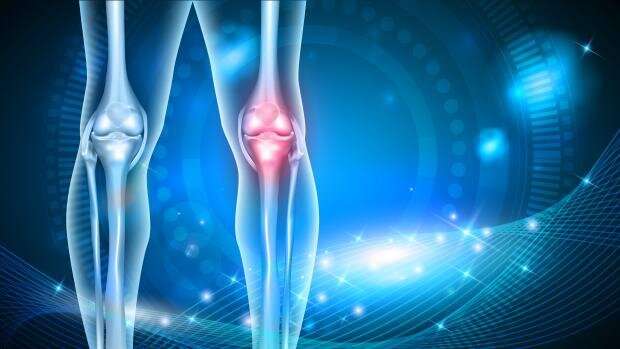 Unfortunately, other than analgesics no pharmaceutical therapy exists that can slow or halt disease progression of a major subset of OA: post-traumatic osteoarthritis (PTOA). PTOA, a consequence of damage to articular cartilage, constitutes 10% of all osteoarthritis cases and accounts for more than $3 billion per year in direct U.S. health care costs, in large part due to injuries among military personnel.

NYU researchers, including Jin Kim Montclare, professor of chemical and biomolecular engineering, and investigators from the NYU Grossman School of Medicine have found both the molecular vehicle and therapeutic payload for delivering pharmacologic treatment to affected joints, halting post-traumatic osteoarthritis (PTOA) onset and progression.

A new study, “Injectable recombinant block polymer gel for sustained delivery of therapeutic protein in post traumatic osteoarthritis,” appearing in the Elsevier journal Biomaterials, describes how the compound they developed surmounts a major hurdle to treating PTOA pharmaceutically: it is able to reach and remain in the joint space, offering sustained efficacy sufficiently to suppress the inflammation/catabolic reaction and induce cartilage regeneration by providing an optimal biomechanical and biochemical environment.

Consisting of a recombinant protein block polymer, the complex comprises five repeats of elastin-like polypeptide (E) and a coiled-coil domain of cartilage oligomeric matrix protein (C). Because the compounds can form a porous networked gel at physiological temperature, it is an excellent candidate for injectable biomaterials.

The team found that combining the protein gel (E5C) with Atsttrin, an engineered derivative of anti-inflammatory growth factor progranulin, provides a unique biochemical and biomechanical environment to protect against PTOA onset and progression. In fact, the team found that E5C gel can provide prolonged release of Atsttrin and inhibit chondrocyte catabolism while facilitating anabolic signaling in vitro.

The research, whose lead author is Priya Katyal, postdoctoral scholar in the Montclare Lab, also showed in vivo evidence that prophylactic and therapeutic application of Atsttrin-loaded E5C gels protected against PTOA onset and progression.

She added that the E5C gel is protein-based rather than synthetic—comprising native cartilage components—meaning it is likely to be well-tolerated, with no cytotoxic effects on human chondrocytes, and biodegrades in a matter of weeks.

Because the team employed the same single drug concentration and single injection treatment strategy for both preventative and therapeutic study designs—and since the therapeutic efficacy of Atsttrin-loaded E5C gels is mild—they are conducting follow-up studies to optimize dosing.