Lung cancer is one of the most serious types of cancer to be diagnosed, as it’s usually difficult to spot until it has spread to other parts of the body. You could be at risk of the disease if your face becomes unusually swollen, it’s been revealed.

Lung cancer is one of the most common cancers to be diagnosed in the UK, warned the NHS.

Around 45,000 people are diagnosed with lung cancer in the UK every year.

Signs of the disease only tend to reveal themselves once the cancer has spread through the lungs.

You may be at risk of lung cancer if you’ve noticed a swelling on your face, it’s been claimed. 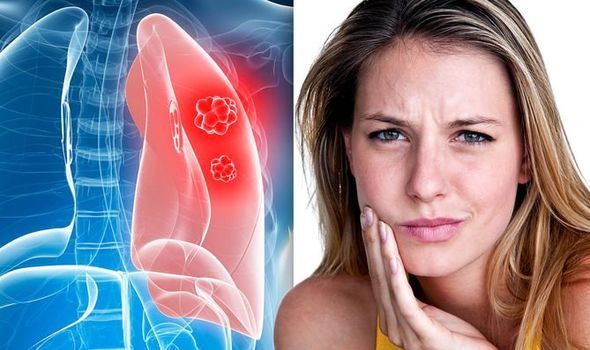 A swollen face may be caused by lung cancer, as it directly impacts the blood supply.

The tumour may press down on the superior vena cava; a crucial blood vessel that carries blood from the upper body back to the heart.

But, if the blood vessel becomes blocked, perhaps by a large lung cancer tumour, it may lead to the face becoming swollen.

You should consider speaking to a doctor if you notice unusual swellings on your head.

“Many people will think a swollen face is the sign of an allergic reaction,” said the Roy Castle Lung Cancer Foundation charity.

“However, swelling of the face can be caused by a superior vena cava obstruction, which is usually by lung cancer.

“The superior vena cava is a large vein in the chest. It carries blood from the upper half of the body into the heart.

“A superior vena cava obstruction occurs when something stops the blood flowing. This is usually caused by lung cancer close to the vein.” 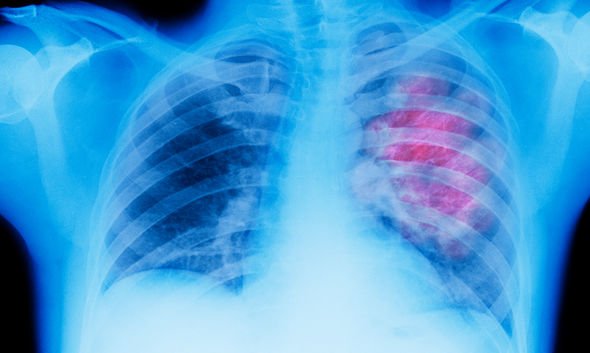 Some lung cancer patients also develop back or shoulder pain, as a result of lung cancer, it added.

Pain in other parts of the body may be caused by the cancer spreading away from the lungs.

Back pain may simply be dismissed as a result of sleeping awkwardly, or pulling a muscle.

But, if your back pain won’t go away, it could also be a sign of a deadly lung cancer.

The outlook for lung cancer isn’t as good as other types of cancer.

That’s because the symptoms are usually only spotted in its later stages.

About one in three patients live for at least a year after their diagnosis, while one in 20 live for another 10 years.

Around 45,000 people are diagnosed with lung cancer in the UK every year.