There are many rules in food safety lore, some that have a basis in fact, and some that are purely grounded in convenience. But it’s important to look at the evidence to see which category common rules fall under.

Often when a food has spoiled, it will smell bad. This leads many to believe “no stench = OK to eat”. But this isn’t always the case. The microorganisms (bacteria, yeasts and moulds) that spoil food by making it smelly, slimy or mouldy might not give you food poisoning. But pathogenic (disease-causing) bacteria, such as salmonella, campylobacter, E.coli and listeria, which do make people sick, don’t always cause obvious changes in food when they grow. Sometimes simply being present at low numbers and then consumed is enough to result in illness. 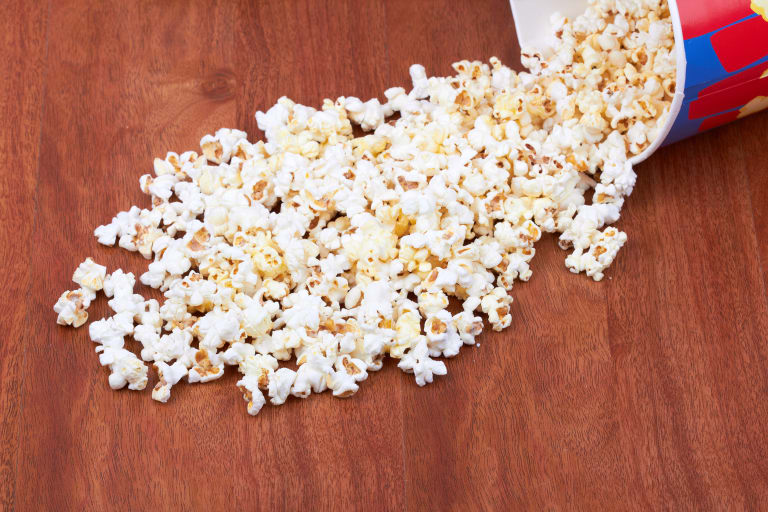 The ‘five second’ rule is popular, but is there any science behind it?

Having said that, this isn’t an invitation to consume obviously spoiled food. Spoilage is a good indicator food has been left too long and “bad” microorganisms, including pathogens, may also have grown.

In order to steer clear of nasty bugs in food, observe “use by” dates, refrigerate foods that need to be kept cold (this slows down the microbes), cook foods properly (this kills the microbes) and prevent contact and cross contamination between ready-to-eat foods such as salads, with raw food such as meat that still needs to be cooked.

Whether it’s one, three, five seconds or some other number, we’ve all heard some version of this call when someone has dropped food on the floor. But is it true harmful bacteria need a few seconds to hitch a ride on your dropped slice of pizza?

In one peer-reviewed study, four food types were tested (watermelon, bread, bread and butter, and gummy sweets) with four different surfaces (stainless steel, ceramic tile, wood and carpet) that were contaminated with bacteria. Contact time, food type and surface all significantly affected the amount of contamination that occurred. The study found:

While it’s true dropped food can become contaminated with microorganisms from the floor or environment, the majority of those microorganisms in a normal home are likely to be harmless to human health.

When cooking and reheating meat, there are some simple rules to follow. Whole pieces of meat muscle such as steak, pork and lamb can be cooked on the outside, say barbequed or pan fried, so they’re still rare on the inside.

Historically, under-cooked pork has been feared due to a parasitic worm, but this has never been seen in Australian pigs.

Poultry and all minced, rolled, stuffed, tenderised and similar types of meat (including burgers) need to be cooked right through. This difference relates to where microorganisms are found on the meat.

When that meat is minced, rolled, stuffed, mechanically tenderised or turned into patties or sausages, the surface of the meat and what it’s carrying is then mixed through the whole product. It’s also possible for chicken tissue to be colonised by bacteria (which just doesn’t happen with other animal meat types). That’s why these types of meat products need to be cooked through to the centre.

The best way to tell if meat is cooked is to use a meat thermometer. These can be purchased from homeware and hardware stores. Poultry and minced, rolled, stuffed, tenderised meats need to be cooked right through and to a temperature of 75°C. Insert the thermometer into the thickest part of the meat. If you don’t have a thermometer, check the juices run clear and not pink.

Cathy Moir is a food microbiologist and food safety specialist at the CSIRO.

This article was originally published on The Conversation. Read the original article.