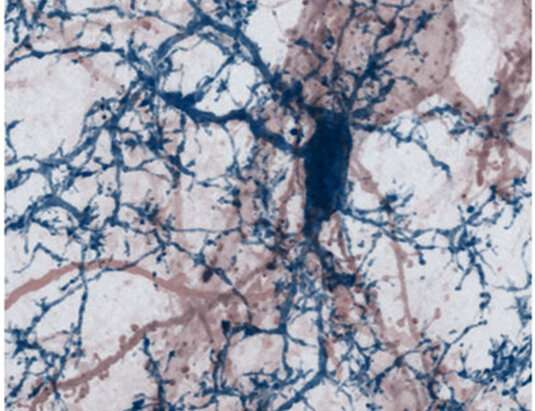 Multiple sclerosis (MS) is a chronic inflammatory disease that affects the central nervous system, in which nerve cells are attacked by the patient’s own immune system. In many cases, the disease develops into a progressive form, which is characterized by a shift of pathology from the white matter to the gray matter, for instance, to the cerebral cortex. This phase of the disease has so far been difficult to treat and its underlying causes are poorly understood. Now, a research team led by Martin Kerschensteiner, Director of the Institute for Clinical Neuroimmunology at LMU, in cooperation with Thomas Misgeld (Technical University of Munich) and Doron Merkler (University of Geneva), has shown in a mouse model that inflammation of the gray matter leads to a decrease in nerve-cell activity, owing to the (potentially reversible) destruction of synapses. “Targeted inhibition of specific types of immune cells can slow synapse damage down, and offers an interesting new therapeutic approach,” Kerschensteiner explains.

Loss of synapses—the structures that serve as functional contacts between nerve cells—is an early indicator of damage to the cerebral cortex in cases of progressive MS. The researchers therefore suspected that the synapses are the key to the neuronal damage that ensues in this stage of the disease. With the aid of various imaging techniques, the team was able to demonstrate that such widespread loss of synapses can be reproduced in a mouse model of MS. Moreover, their observations revealed that synaptic spines are destroyed by a specific type of immune cells. “These immune cells preferentially eliminate spines, which contain high levels of calcium. We assume that the inflammation reaction itself triggers an influx of calcium, which destabilizes the spines,” says Kerschensteiner. “These changes in late-stage MS are reminiscent of those that can also be observed during the early phases of neurodegeneration,” Misgeld adds.

The disruption of neuronal networks in the brain can be reversible

The activated immune cells primarily attack excitatory synapses, which are responsible for activating other nerve cells. As a consequence, the level of activity in neural networks decreases. “The nerve cells are effectively silenced,” says Kerschensteiner. “However, much to our surprise, we discovered that this process is reversible in our model.”

As soon as the inflammation is resolved, the normal number of synapses is restored and the neurons once again exhibit their normal patterns of activity. These results contrast with findings in patients with progressive MS, in whom the cerebral cortex is permanently damaged. “Presumably, the mechanisms responsible for recovery cannot come into effect in these patients, because the inflammation is chronic and remains unresolved,” says neuropathologist Merkler. “In our model, we induced an acute inflammatory reaction, which is resolved within a few days.”