Lily Bailey was only five and sitting in her class at infants school when a terrible thought struck her.

‘My teacher was handing out letters for everyone to take home and I thought it would be full of all the dreadful things I’d done,’ says Lily, now 24, a model and author from Wimbledon, South-West London.

‘I didn’t want my parents to see it, so I sneaked the letter home and put it in the bin. Several days later, I went into school and everyone but me was in fancy dress.

The teacher said: “Didn’t you get the letter?” I’d convinced myself the letter had listed all the things I’d done wrong at school, which was all in my head.’ 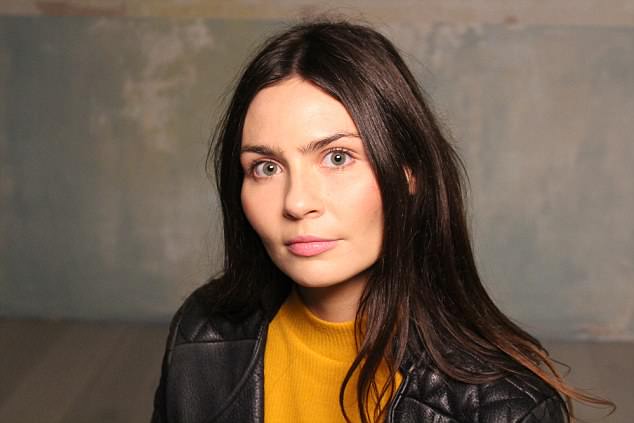 Control: Lily Bailey was only five years-old when she first had Obsessive Compulsive Disorder

It’s a poignant and sadly typical anecdote of how Lily’s obsessive compulsive disorder (OCD) manifested itself.

As a young child she would repeatedly tuck her hair behind her ears, check plugs, taps, and under the bed. She would compulsively apologise for things she thought she’d done wrong.

‘I was constantly sure that something bad was going to happen,’ she says.

Around 750,000 people in the UK are estimated to have OCD, with around one in 50 experiencing it at some point in their lives. The World Health Organisation ranks it in the top ten of the most disabling of all illnesses in terms of the loss of income and diminished quality of life.

Often stereotyped as a condition where people feel the compulsion to wash their hands repeatedly or have items in a certain order, the reality is far more complex.

Many of those with OCD display no observable traits of the illness. Instead, they experience recurring, obsessive thoughts, or repeat words or find that phrases pop into their mind that can lead them to feel anxious or depressed.

‘Key to a diagnosis of OCD is having intrusive or obsessional thoughts which are unproductive or debilitating for more than one hour a day,’ says Graham Price, a psychologist based in London.

The exact causes are unknown, but in some cases it’s thought it may be genetic, while stressful life events are thought to bring it on in about one in three cases.

Some experts believe that those with OCD may have an imbalance of the brain-chemical serotonin; others believe it may have an environmental cause. 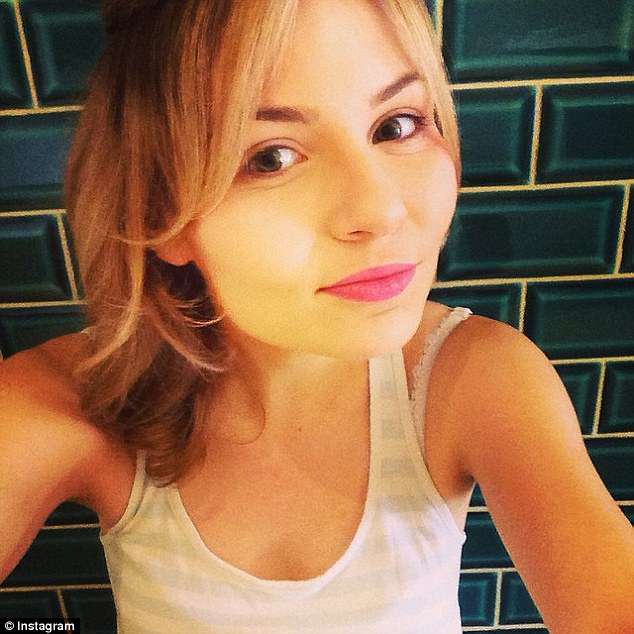 ‘It’s generally accepted that we can inherit a greater susceptibility to developing certain mind-based issues,’ says Graham Price. ‘But this doesn’t mean we will develop any of those issues. They still need a trigger or cause. With OCD, the trigger can be something quite minor.’

Lily remains unsure about the exact causes of her own illness. ‘In my family, two aunts, two cousins and my father, sister and grandfather all had significant traits —although we’d not named it OCD before I was diagnosed,’ she says. But she also wonders if her family life may have played a part.

‘My parents had a pretty bad relationship,’ she says. ‘They divorced when I was 13. But many children grow up in that kind of environment and never develop OCD so it can’t be the only factor.’

As a child, her symptoms were physical. ‘I might tuck my hair behind my ears a few times to comfort myself. If my mum and dad were arguing in the car, I tapped my feet a certain number of times so I would feel calmer.

‘At home, I would worry that my little sister, five years younger than me, would die in her sleep. I would keep getting up and checking that her heart was beating and count her heartbeat in sets of three. I’d say the phrase, “best sister ever” over and over again in my head because I thought if I did she’d be protected. It was exhausting.’

Yet no one picked up on her behaviour. As she approached her teenage years and went to a boarding school in Kent, Lily’s symptoms became more internalised. ‘I was sharing a dorm with a group of girls so I stopped the physical compulsions because people stared,’ she says. Instead what took over was what she calls ‘a relentless stream of mind babble’.

‘The intrusive thoughts just hit you out of nowhere and they can be explicit or obscene,’ she says. ‘I might be walking down the street and pass someone who I don’t know but I’ll suddenly think: “I want you to die!” ’

Lily was finally diagnosed aged 16 while still at boarding school. ‘I just wanted it to stop,’ she says. ‘I wanted my head to be quiet. I got myself sent home from school and I stayed in bed for a week.

‘When I returned to school I was sent to the school GP, who was pretty sure I had OCD and referred me to a psychiatrist, who diagnosed it straight away.’

The form of CBT that has most evidence for improving OCD is something called ‘graded exposure and self-imposed response prevention — facing up to the things you fear without performing the compulsions,’ says Dr Lynne Drummond, a consultant psychiatrist at South West London and St George’s Mental Health NHS Trust.

‘So if a patient has a germ contamination fear, we’d work together on a series of small steps, the first of which might be touching a public handrail, then touching other parts of their body with it.’

For Lily, it helped. ‘Over time, exposing yourself to the thoughts you fear so much makes them much less scary,’ she says. She was also prescribed antidepressants and later antipsychotic drugs. ‘We know that around 60 per cent of people with OCD will improve with a specific antidepressant drug called serotonin reuptake inhibitors,’ says Dr Drummond.

‘If this does not work, another type can be tried. And if that still does not help, then it is worth adding a dopamine blocker — the term I prefer because “antipsychotic” is not a fair description of the doses we use in OCD. Around 30 per cent of people who try this will improve.’

Lily’s illness began to get better within a few weeks of starting medication. ‘Although the side-effects of the antipsychotics made me very foggy-headed,’ she says.

Yet despite treatment, at 19, while at university in Ireland, Lily attempted suicide. ‘I was away from home, drinking a lot and went through a really dark patch,’ she says.

‘I went into a secure hospital in Ireland for a few days and returned to the UK and was an inpatient in two psychiatric hospitals for a month. It was a really bad time.’

But she was able to bounce back and found her modelling career, which began in her early 20s, helpful. Lily says: ‘In the past I’d struggled with letting anyone come near me or touch me. Modelling involves having people constantly dressing you and touching up your make-up, so it was often mentally hard, but also exactly the kind of thing that keeps you well.’

Lily, who has written a book Because We Are Bad, about her experience and is now taking part in a TV documentary about mental illness, is still on anti-depressants but has come off antipsychotic medication.

‘I used to be quite academic but I feel my brain is not the same after taking all these drugs and that really upsets me,’ she says.

‘I may never completely recover, but I am happy that I now know how to manage it day by day.’

Me & My Mental Health is on Channel 5 at 10pm on Thursday.

Dr Lynne Drummond’s new book, Obsessive Compulsive Disorders: All You Want To Know About OCD For People Living with OCD, Carers And Clinicians, is out in July (Cambridge University Press).