Growing number of men are not diagnosed with prostate cancer until AFTER it has spread and chances of survival are slim, as charity warns the NHS is failing to catch the disease early

The NHS must do more to stop men from dying of prostate cancer.

That’s according to the fifth annual National Prostate Cancer Audit, which found that too many are still being diagnosed after it has already spread.

Published today, it revealed a total of 42,975 men were told they had the disease in England and Wales between April 2016 and March 2017.

In England alone, the proportion whose cancer was metastatic – meaning it had reached other organs or tissue – was 16 per cent.

Disappointingly, this statistic remains unchanged from 2015/16. 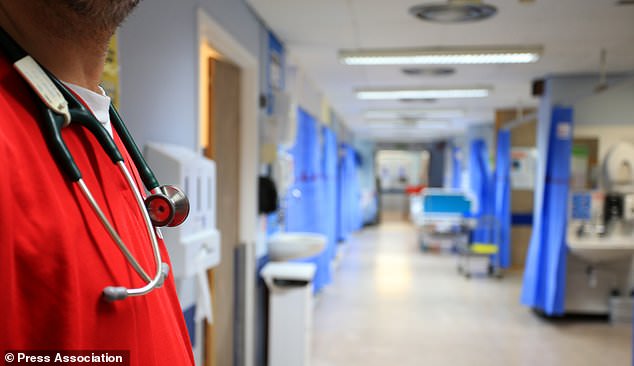 Late: 42,975 men were told they had the disease in England and Wales between April 2016 and March 2017 – and, in sixteen per cent of cases, it had already spread

The report also showed that more men in England are being diagnosed with locally advanced prostate cancer, when the disease is present in nearby lymph nodes.

Almost two in five men (39 per cent) were diagnosed with locally advanced prostate cancer in 2016/17, up from 35 per cent the previous year.

However, Prostate Cancer UK said it was ‘good to see’ a reduction in the number of men with a low-risk from the disease who were potentially ‘over-treated’ last year.

Only 4 per cent of men with low-risk localised prostate cancer underwent surgery or radiotherapy, compared to 8 per cent in 2015/16, with more opting to keep an eye on the cancer instead, the report said.

Heather Blake, director of support and influencing at Prostate Cancer UK, said: ‘Unfortunately, there are still too many men being diagnosed with prostate cancer that has already spread, meaning their survival chances are greatly reduced.

‘In line with NHS ambitions to diagnose more cancers early, we want to see a significant reduction in the proportion of men diagnosed at late stage.’ 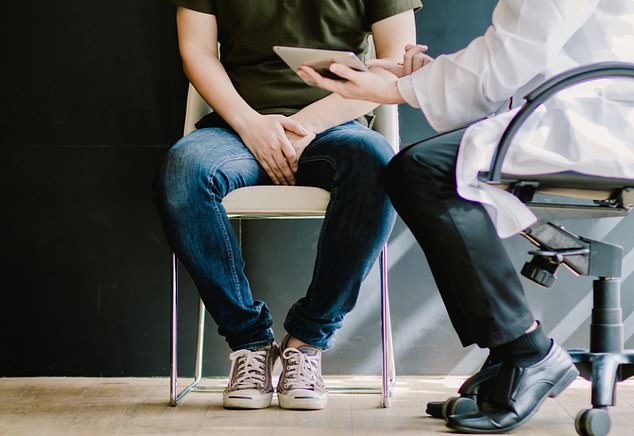 The latest report comes just weeks after it was claimed men who are diagnosed with early prostate cancer live longer than those without the disease.

Figures by the Office for National Statistics (ONS) showed that those diagnosed at stage one had survival rates that were 0.5 per cent higher than those of the general population.

Experts suggest that early diagnoses – which are easiest to treat – can also prompt people to adopt healthier lifestyles.

Retired restaurant owner Ted Wood was 60 when he was diagnosed with prostate cancer.

Doctors caught the problem early and the treatment he received eradicated the cancer.

But, crucially, the procedure left him unable to function sexually. 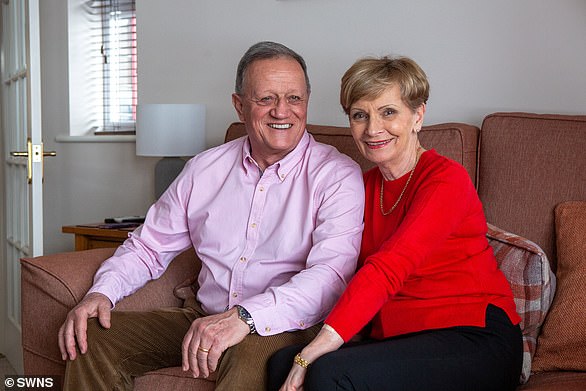 Ted Wood from Bristol, who is recovering from prostate cancer, and his wife Jenny

‘My wife Jenny and I had had a good sex life,’ said Mr Wood, from Bristol. ‘I felt it was too early to give up on that part of my life.’

Mr Wood sought support, but said his GP was ‘not interested’ and he later fell into depression. ‘It felt like I was losing my masculinity. I contemplated suicide.’

But Mr Wood, now 70, is enjoying a happy sex life with his wife again after success with a modified regimen of a drug called Cialis.

‘We had to be very matter of fact about it,’ he said. ‘But it has worked.’

Survival rates for the stages one and two a year later were more than 100 per cent, meaning that fewer men with prostate cancer died than expected when compared with the general population.

Even 5-year survival estimates were over 100 per cent for stages 1 and 2, with good survival at stage 3 at 96.5 per cent and a larger drop at stage 4 to 47.7 per cent, highlighting the importance of early diagnosis.

Earlier diagnosis for prostate cancer and breakthroughs in treatment for advanced disease have seen overall survival across all stages of the disease rise from 80.2 per cent in 2006 to 87.1 per cent.