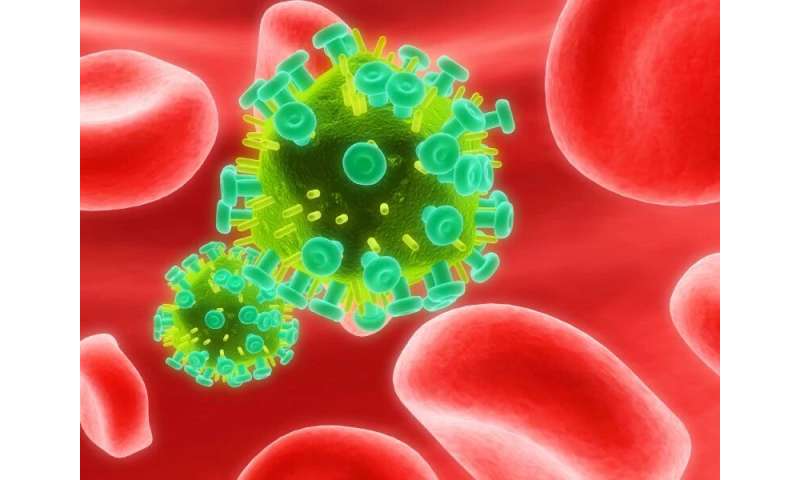 (HealthDay)—Amongpatients with multidrug-resistant HIV-1 infection who have limited therapy options, reductions in HIV-1 RNA level were significantly greater in those who received fostemsavir compared with placebo during the first eight days, according to a study published in the March 26 issue of the New England Journal of Medicine.

Michael Kozal, M.D., from the Yale University School of Medicine in New Haven, Connecticut, and colleagues enrolled patients with multidrug-resistant HIV-1 infection in two cohorts. In the first, 272 patients who had the option of using at least one fully active, approved antiretroviral drug in at least one, but no more than two, antiretroviral classes were randomly assigned to add either fostemsavir or placebo to their failing regimen for eight days, followed by open-label fostemsavir. In the second cohort, 99 patients with no remaining antiretroviral options were started on open-label fostemsavir.

The researchers found that the mean decrease in the HIV-1 RNA level was 0.79 and 0.17 log10 copies/mL in the fostemsavir and placebo groups, respectively, at day 8. At week 48, a virologic response had occurred in 54 and 38 percent of patients in the randomized and nonrandomized cohorts, respectively; the mean increase in the CD4+ T-cell count was 139 and 64 cells/mm³, respectively. In 7 percent of the patients, adverse events led to the discontinuation of fostemsavir.

“Fostemsavir has a novel mechanism of action with no in vitro cross-resistance to currently available classes of antiretroviral drugs, has a favorable drug-drug interaction profile, and has shown both immunologic and virologic responses,” the authors write.