Fish oil supplements may help alleviate the painful side effects of some cancer treatments, research suggests.

The benefits were seen in some breast and bowel cancer patients, with the supplement thought to reduce inflammation.

Dr Andrew Epstein, speaking as an expert for ASCO, said: ‘It’s adding to the evidence base that nutritionally supplemental therapies like omega-3 may have a place in supporting patients as they go through their cancer care.’ 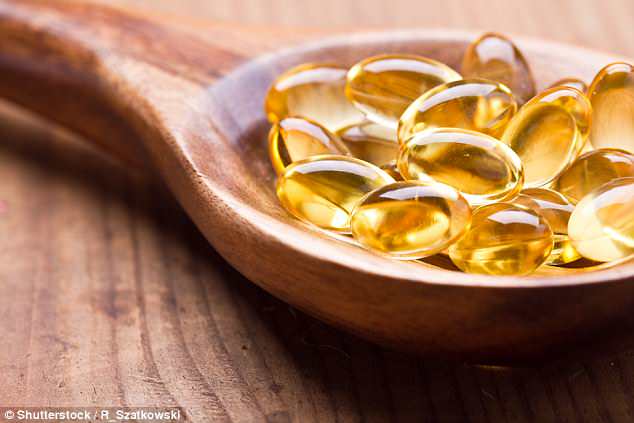 Fish oil supplements may soothe side effects of some cancer treatments, research suggests

The problem with aromatase inhibitors

The hormone treatment is usually taken for between five to 10 years after surgery.

However an estimated 25 per cent of patients stop within two years because they cannot endure the side effects, lead author Dr Sherry Shen, of the New York Presbyterian Hospital, said.

‘This is a real problem, the joint pain,’ she told the Press Association.

‘And it’s really preventing women from taking these medications that are designed to prevent them getting a recurrence of their breast cancer.’

An analysis of a 2015 study of 249 patients found omega-3 helped relieve symptoms among obese women taking the drug, who are more likely to experience joint pain.

Those with a BMI above 30 – around 140 patients – recorded an average ‘worst pain’ score of seven out of 10 before taking the supplement or a placebo.

This figure had dropped to 4.36 among the omega-3 group and 5.7 in the placebo group after six months, the research found.

There was no significant change among non-obese patients.

The side effect is extremely common among those receiving chemoradiotherapy.

A study of 114 patients with locally advanced rectal cancer found those given fish oil capsules during the preoperative treatment went on to have fewer of these symptoms. 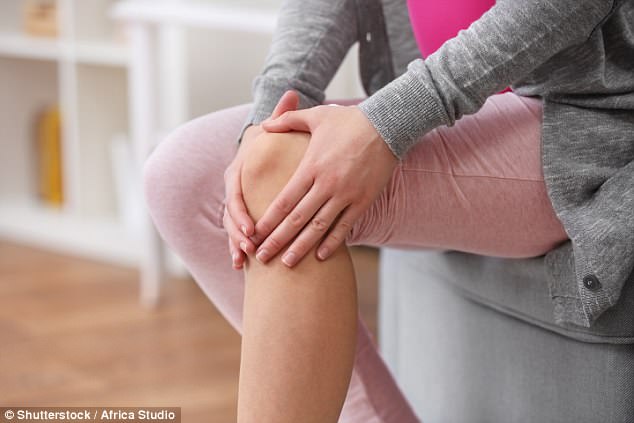 Should you add fish oil to your daily regimen?

Omega-3 is thought to have a positive, anti-inflammatory effect, which can benefit a number of heath conditions and protect people from disease.

It is found in rich quantities in the flesh of oily fish including salmon and trout.

These acids are important because the body cannot make them itself, so they much be provided by diet or supplements.

Previous research has indicated that fish oil is most effective in supporting heart and brain health as well as reducing joint pain.

At the end of treatment they had less difficulty urinating, while in the next month they experienced less general pain and less discomfort while having sex than those who had not taken the supplement.

In the immediate run-up to surgery, around eight weeks after chemoradiation, these patients had less appetite loss, buttock pain and bloating.

‘Over half of all bowel cancer patients in the UK are diagnosed at a late stage.

‘Furthering our understanding of who might benefit from dietary supplements and at what stage in their treatment could ultimately help improve the lives of those living with and beyond the disease.’