Experts reveal why you MUST have the new flu ‘mega-jab’ – after 15,000 people died from the virus in 2017 during worst outbreak in seven years

In July, the Government admitted that last year’s flu vaccine had failed to work for the vast majority of people.

Just 15 per cent of the 15 million who had their jab were fully protected against the virus, according to Public Health England, making it far less effective than the previous year’s. The figures were particularly poor in the over-65 age group – among those most at risk from flu – with just ten per cent protected.

It contributed to what became the worst flu outbreak for seven years: there were 15,000 deaths related to the disease – nearly double the average. 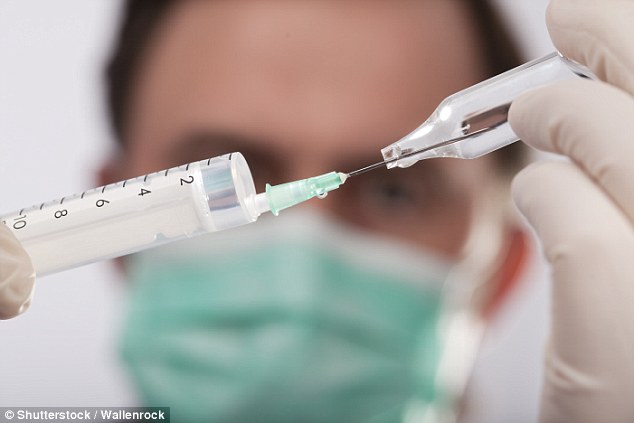 Public Health England’s medical director, Professor Paul Cosford, admitted the vaccine ‘wasn’t as effective as we would have liked it to be’ against one of the main strains of flu circulating last winter – H3N2, also known as ‘Aussie’ flu because it had caused chaos in Australia before it arrived on our shores. But the problems also stemmed from what is effectively an annual scientific gamble.

Experts from the World Health Organisation must predict in February each year which strains are likely to be dominant the following winter, and which therefore should be included in the vaccine, based on the best available information at the time.

The vaccines are then manufactured six months or more in advance. However, a characteristic of flu viruses is their ability to mutate.

In six months, even slight mutations can cause the vaccine to become far less effective – and that’s what happened last year with the Aussie flu strain.

Professor Paul Digard, Chair of Virology and Head of the Infection and Immunity Division at The Roslin Institute, University of Edinburgh, said: ‘You’re always playing a prediction game with the vaccines.

Who gets the vaccine?

– Those considered at high risk of flu complications should be contacted by their GP via email, phone or letter with an invitation for an annual flu jab any time between now and the end of November.

– Children from the age of six months to ten years (Year Five), and also those up to the age of 17 with long-term health conditions such as asthma, those over 65, pregnant women and anyone with diabetes, respiratory, heart, liver and kidney diseases are all eligible.

– The immune system in babies under six months is not developed enough to respond to the vaccine, so they cannot benefit.

– Adults receive the vaccine via an injection, while children under the age of 17 are given it in the form of a nasal spray.

– Schoolchildren receive the vaccine free at school. All other groups will be given it at their local GP practice.

– Carers and NHS workers who have direct contact with patients.

– Adults ineligible for a free vaccine can pay for one privately at high street pharmacies and supermarkets, for about £20.

‘Last year, the strains that made their way over here weren’t a match for the vaccine which was manufactured well in advance.’

In addition, experts failed to predict the impact of a second strain of flu, an influenza B virus known as Japanese or Yamagata flu, which was linked to six out of ten flu-related hospital admissions – and although a vaccine for this did exist, many people were not given it.

Despite this, doctors are urging those eligible this year for the vaccine – those over 65, schoolchildren, and people with long-term conditions that make flu complications more likely, such as diabetes – to have it. In fact, they claim there is more reason than ever to do so.

THE JAB FAILED LAST YEAR, SO WHY SHOULD YOU BOTHER?

A new, super-charged vaccine is to be available to all people over 65 for the first time this winter.

All vaccines contain an inactive, harmless version of a virus.

But once inside the body, the immune system ‘learns’ what that virus looks like, so if it comes into contact with the live version, due to an infection, it recognises and destroys it. Although the jab doesn’t offer guaranteed protection – studies suggest it is between 30 and 60 per cent effective – it has been shown to significantly reduce the number of hospitalisations and deaths.

In older people, the immune response to the vaccine is less strong, which is why flu vaccines have typically offered less protection to this group than to others.

But the new vaccine contains a substance known as an adjuvant, which boosts the body’s immune reaction.

The Government’s Joint Committee on Vaccination and Immunisation said in October 2017 that the jab was ‘more effective, and highly cost-effective’ in over-65s and research suggests that hundreds of British flu deaths a year could be avoided by switching to the vaccine.

It won’t protect against Japanese flu, but Public Health England says ‘indirect protection’ for the whole community against the strain will come from offering a vaccine to an additional 650,000 schoolchildren aged nine and ten in Year Five.

Children are known as ‘super-spreaders’ and this move will help reduce transmission of the virus.

Previously, the schools programme offered the vaccine only to those from Reception to Year Four.

Meanwhile, the rest of the population eligible for the flu jab – pregnant women and those with underlying health conditions aged 18 to 65 – should all be offered a quadrivalent vaccine protecting them against four different strains, including H3N2 and Japanese flu.

This vaccine is considered to be less effective in over-65s because it doesn’t contain an adjuvant to boost their immune system response. There is no adjuvanted quadrivalent vaccine licensed for use.

Professor Andrew Easton, emeritus professor of virology at Warwick University, said: ‘The adjuvanted vaccine will give the elderly better and longer protection against three viruses rather than potentially less protection against four.’

WHAT IF YOU’RE HEALTHY AND NOT AFRAID OF FLU?

Having a flu jab not only protects you against flu, it protects your whole family, and the wider community. Officials are already concerned there will be a drop in the uptake of the vaccine this year because of the failures last winter. This means vulnerable people, and those with undiagnosed health issues such as heart problems, are more at risk.

Dr Richard Peabody, head of flu at Public Health England, said several studies had revealed that between 30 and 70 per cent of people infected by flu viruses have no symptoms, and simply spread it around.

‘But this depends on how much flu virus circulates, the nature of the virus, and also on people having the vaccine – everyone has a crucial role to play in preventing flu,’ Dr Peabody added.

NHS staff who refuse to have the flu jab could be moved to less high-risk units this winter to protect patient safety.

A Public Health England campaign, Help Us Help You, begins on Monday, October 8, to encourage uptake, while GPs will be sending letters to eligible patients reminding them to attend flu clinics.

Prof Easton said: ‘Flu is debilitating. It causes significant illness and, particularly in the elderly and the very young, can be life-threatening.

‘Vaccines are the best defence in our armoury. So if you’re not doing it for yourself, do it for others – those who are your nearest and dearest.’

REVEALED: SIX OF THE UK VICTIMS WHO DIED FROM FLU DURING THE WINTER OF 2017/18 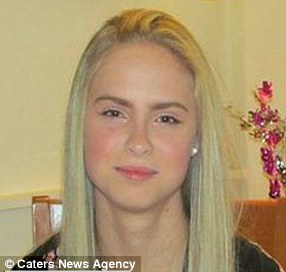 Melissa Whiteley, 18, passed away from flu on January 27 – after falling ill on Christmas Day.

The engineering student, from Hanford, Staffordshire, could barely walk when she was admitted to hospital.

She was placed in an induced coma but did not recover, her heartbroken twin sister revealed.

Miss Whiteley passed away at Glenfield Hospital in Leicester surrounded by her loved-ones – including her twin sister Megan – on January 27. 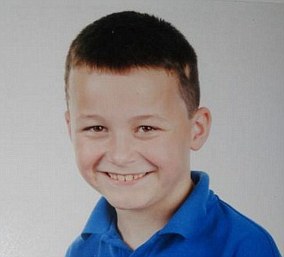 Coby Simons, nine, from Exeter, passed away on January 24 – two days after being struck down with the killer virus. His parents initially asked for his identity to be hidden.

Public Health England at the time confirmed the gifted maths pupil tested positive for flu. He becomes the sixth victim across the UK to have been named.

Tributes have flooded in for the year 5 pupil, who was shown to have influenza B in his post-mortem. He was described as ‘absolutely perfect’ by his parents.

His mother Louise told DevonLive: ‘He was just such a lovely boy. He was absolutely perfect; I wouldn’t have changed anything about him, not even when he was in a bad mood.’ 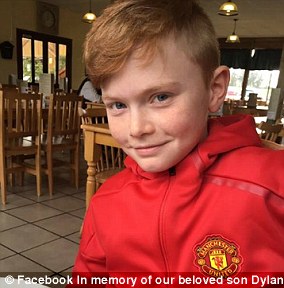 The schoolboy, from Stoke-on-Trent, passed away after developing sepsis, triggered by a a strain of influenza B he was fighting, on January 20.

Tributes flooded in for the keen footballer, with family and friends describing him as an ‘amazing’ and ‘cheeky’ young boy who will be ‘greatly missed’.

Dylan’s mother Sarah announced his death in a poignant Facebook post, revealing he had ‘really suffered’ before his eventual death. 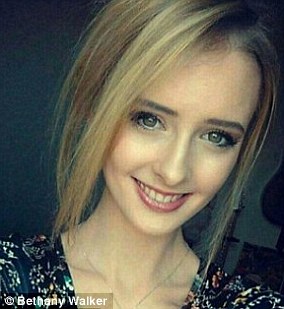 Miss Walker, of Applecross, Scotland, was airlifted to Raigmore Hospital in Inverness but died later on January 5.

Tributes poured in on social media. Her mother Heather Teale wrote on Facebook: ‘My beautiful Daughter Bethany Walker was taken from me.

Miss Walker wanted to study midwifery and was due to head for Aberdeen University later this year. 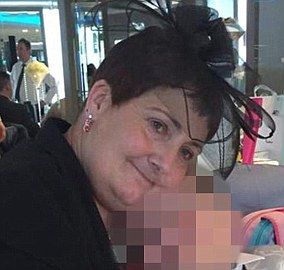 Ms Coombs, from Hailsham, East Sussex, eventually succumbed to pneumonia and passed away in hospital shortly after Christmas.

Her grieving son, Anthony Butler, 30, believes the deadly H3N2 strain of influenza A, dubbed ‘Aussie flu’ was responsible for his mother’s eventual death.

Speaking about his ‘inspirational’ mother’s ordeal for the first time, he told Mirror Online: ‘She said, “cancer won’t kill me” – and she was right. 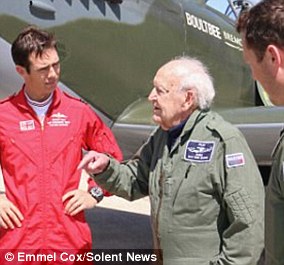 Owen Hardy, 95, from Chichester, lost his battle to the bug on January 4. His family said his death is a ‘huge loss for the nation’.

The World War II Spitfire veteran died after contracting one of the killer flu strains that is currently circulating the UK, his grieving daughter revealed.

During his time serving for the RAF in the war, the wing commander’s heroics saw him be awarded the top medal for valour – the Legion d’Honneur.

His heartbroken daughter, Debbie Elliott, told the Chichester Observer: ‘It’s a huge loss. We’re all devastated. He has left a huge gap in all of our lives. 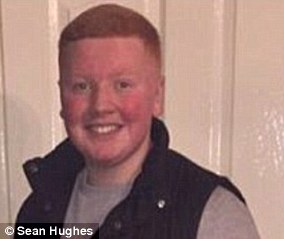 Sean Hughes, from Dublin, died from the ‘flu’ on January 12, his heartbroken parents revealed days after.

The 15-year-old, who was an aspiring rapper, passed away in hospital after being rushed for emergency treatment the evening before.

Doctors were adamant Sean, known to his friends as Lil’ Red, had the flu when they saw him on Wednesday.

Tributes flooded in for Sean, who was ‘loved by everyone’ and described as a ‘larger-than-life young man’ who was ‘way ahead of his years’.