In this installment of our Hope Behind the Headlines series, we review the worldwide progress in vaccination rates and the resulting drop in new cases in certain countries. We also review how existing vaccines fare against new variants of the coronavirus. 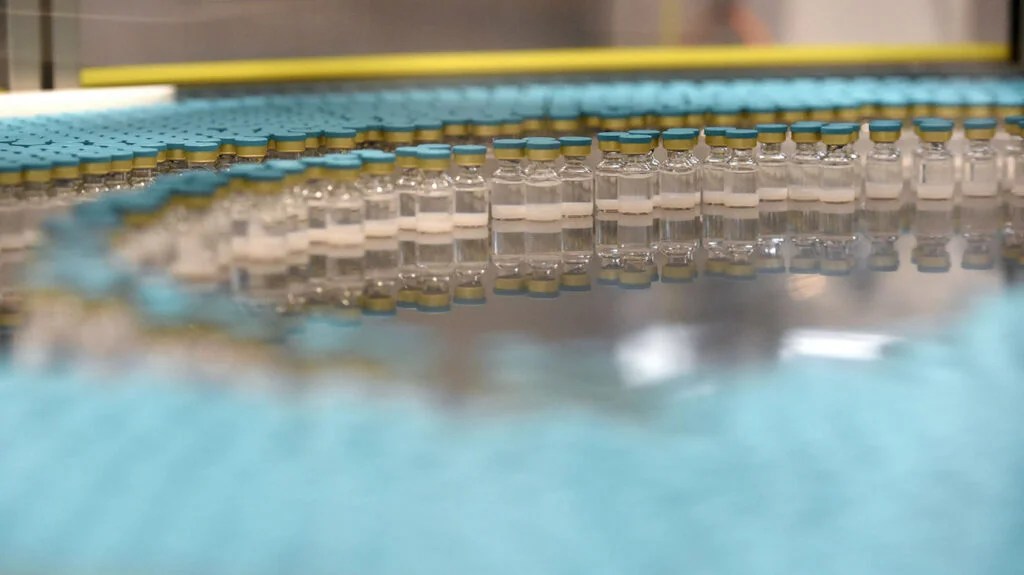 As we near the 1-year mark since the World Health Organization (WHO) first declared COVID-19 a pandemic, it is tempting to lose hope and sight of the progress that we have made in tackling this crisis.

However, scientists, governments, and health systems across the world have been working at speed to inoculate people en masse. The results of this mass vaccination, together with sustained physical distancing and lockdown measures, are starting to show.

Stay informed with live updates on the current COVID-19 outbreak and visit our coronavirus hub for more advice on prevention and treatment.

In this feature, we provide an overview of this progress in the hope that it will restore a much-needed glimmer of optimism. We also examine how the vaccines fare against emerging new variants of the virus.

Countries worldwide are now making headway in vaccinating their populations. At the time of writing this article, countries around the world have administered over 204 million vaccine doses.

Currently, Israel is holding the top spot in the number of vaccination doses administered. It has administered over 80 doses per 100 people.

By the beginning of February, 2021, almost 90% of people aged 60 years and above in Israel had received at least their first dose of the vaccine.

The United Arab Emirates is close behind, having now administered over 53 doses per 100 people, according to the same source.

The United Kingdom has administered over 24 doses per 100 people. Its government has recently announced that the country hit its first target of vaccinating 15 million people.

A reduction in case rates in Israel

The positive effects of this mass vaccination have not gone unnoticed.

In Israel, the Ministry of Health reported that by the beginning of February, 2021, confirmed SARS-CoV-2 infections in people over 60 years of age had fallen by 41%. Also, hospitalizations from mid-January to early February had dropped by 31%.

According to Florian Krammer, a virologist at Icahn School of Medicine at Mount Sinai in New York City, NY:

“What we see here are early and very encouraging signs that the vaccine is working in the population.”

Krammer also told Nature that Israel is “the first country to see a direct effect of vaccines working in such a large group of people.” The strict national lockdown the country imposed also contributed to this success, according to the authors of the Nature article.

A reduction in case rates in the UK

In the U.K., too, a new study has found that infections in England dropped by two-thirds since the beginning of lockdown. London, in particular, saw an 80% drop in infection rates, according to research from Imperial College London in the U.K.

These results are from the REACT study. Prof. Paul Elliott, the director of the research program, deemed these results “really encouraging.”

The rate of COVID-19 deaths is declining, but death rates worldwide are still high. A study that examined fatalities in intensive care units across the world found that COVID-19 deaths in hospitals declined from 60% to 36% between March and October 2020.

Staying hopeful can be particularly challenging in light of the new emerging variants of SARS-CoV-2. So far, there are three main variants that may be a cause for concern. These are:

These variants are potentially more contagious, and there has been concern that some may have the ability to evade the immune system.

However, it is worth remembering that — according to the data we have so far — some COVID-19 vaccines may overall remain effective against the new variants, even if the neutralizing ability of the antibodies these vaccines generate may be slightly lower.

Pfizer-BioNTech vaccine may remain effective against B.1.1.7 variant

For example, a study that we recently covered found that two doses of the Pfizer-BioNTech vaccine remained effective against the B.1.1.7 variant.

The paper, which appeared in the journal Science, notes that the vaccine stimulates the immune system enough to produce sufficient quantities of antibodies that can neutralize the new, more contagious SARS-CoV-2 variant.

The study used “pseudoviruses,” which bore the spike protein characteristic either of the B.1.1.7 variant or that of the older, original variant that appeared initially in Wuhan, China.

The scientists do not think that the slight reduction is “biologically significant.” They conclude, therefore, that the Pfizer-BioNTech vaccine would still offer sufficient protection against the new variant.

Another study, this time appearing in the journal Cell, reached a similar conclusion. The authors write that although the B.1.1.7 variant is “harder to neutralize than [the] parental virus,” it does not escape from monoclonal antibodies or from the antibody responses that the vaccine generates more widely.

Finally, the authors of the Science study also write that the Pfizer-BioNTech vaccine may protect against SARS-CoV-2 through an additional avenue besides antibodies: by boosting levels of cytotoxic T cells.

So, even if antibodies become insufficient for neutralizing a newer variant of SARS-CoV-2, the vaccine could still be effective.

Moderna vaccine may also remain effective against B.1.1.7 and B.1.351 variants

Recent research that has not yet undergone peer review found a similar result for the Moderna vaccine.

The producers of the Moderna vaccine released a statement at the end of January, 2021, suggesting that their vaccine retains protection against not only the B.1.1.7 variant but also the B.1.351 variant, which scientists first identified in South Africa.

The scientists document their findings in a study appearing on the preprint server Biorxiv. In it, Dr. Kai Wu, Ph.D. — from Moderna, Inc. in Cambridge, MA — and colleagues conclude:

“Taken together these data demonstrate reduced but still significant neutralization against the full B.1.351 variant following mRNA-1273 vaccination.”

However, just to be safe, Moderna are also testing a booster vaccine that targets the B.1.351 variant.

As the Moderna scientists put it in their statement: “As we seek to defeat the [SARS-CoV-2] virus, which has created a worldwide pandemic, we believe it is imperative to be proactive as the virus evolves.”

“We are encouraged by these new data, which reinforce our confidence that the Moderna COVID-19 vaccine should be protective against these newly detected variants.”

Adapted booster vaccines in the works

However, just to be extra cautious, the creators of the Moderna vaccine and those of the Pfizer-BioNTech vaccine agree that devising an adapted booster vaccine would be a wise thing to do in the fight against new variants.

“Out of an abundance of caution and leveraging the flexibility of our mRNA platform,” adds Bancel, “we are advancing an emerging variant booster candidate against the variant first identified in the Republic of South Africa into the clinic to determine if it will be more effective to boost titers against this and potentially future variants.”

The authors of the Pfizer-BioNTech study agree with this approach. In their Science paper, they write:

“Although sustained neutralization of the current B.1.1.7 variant is reassuring, preparation for potential COVID-19 vaccine strain change is prudent. Adaptation of the vaccine to a new virus strain would be facilitated by the flexibility of mRNA-based vaccine technology.”

Finally, the creators of the Oxford-AstraZeneca vaccine have also announced that they will create adapted versions of their vaccine to address new variants.

Why adapting mRNA vaccines to new variants may be fairly easy

Prof. Uğur Şahin, the CEO of BioNTech, and team touch on a key aspect in their paper quoted above: the flexibility of mRNA vaccines.

Even if the neutralizing ability of antibodies the vaccines generate in response to new variants is lower than that of previous variants, as some studies suggest, mRNA vaccines still have a significant advantage compared with other types of vaccines.

Scientists can quite easily adapt mRNA vaccines such as the Pfizer-BioNTech and Moderna ones — as opposed to vaccines that use an inactivated form of the virus, for example — to tackle new virus variants.

That is because mRNA vaccines use genetic instructions for our cells to create viral proteins themselves, rather than using an infectious pathogen or parts of such an infectious virus in itself.

Vaccines from the latter category may require a complete overhaul in order to cope with new variants because they use either the whole virus or a part of the virus.

To adapt this to a new variant would require making the virus from a new variant rather than from a previous variant. By contrast, mRNA vaccines are a lot more flexible.

Dr. Stephen Hoge, the president of Moderna, explained for TIME magazine that adapting the vaccine to new variants would be like “copying and pasting — we could paste the South African strain mutations into our vaccine very quickly.”

In his interview, which he gave at the end of January, 2021, Dr. Hoge added that new booster shots could be ready to test “in a matter of 6 to 9 weeks.”

For live updates on the latest developments regarding the novel coronavirus and COVID-19, click here.