Could arsenic be a miracle cure for cancer?

Could arsenic be a miracle cure for cancer? Scientists say it had astonishing results when added to a leukemia drug

Arsenic – one of the most deadly poisons – has been found to have a new use as a drug to kill cancer.

The discovery has been prompted by studies that find that in places where arsenic is found in public drinking water, breast cancer rates are lower.

Arsenic has been used to treat cancer for hundreds of years in traditional Chinese medicine.

In recent years, it has become used in chemotherapy – although its use is associated with significant risks because of its poisonous nature.

Now the researchers believe that they have found that used in combination with another drug that it is effective at knocking out a ‘master’ enzyme in cancer cells. 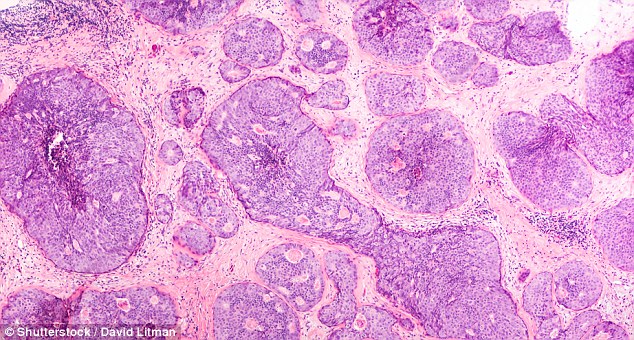 In places where arsenic is found in public drinking water, breast cancer rates are lower. Now researchers have shown that arsenic can boost the effects of chemotherapy

Dr Xiao Zhen Zhou and colleagues at the Beth Israel Deaconess Medical Center in Boston found that a type of arsenic known as arsenic trioxide works together with another drug – trans retinoic acid – to make chemotherapy more effective.

The enzyme, called Pin 1, is produced in tumors that triggers the creation of more than 40 other proteins that cause tumors to grow or spread.

It also suppresses the creation of 20 tumor-suppressing proteins.

As well as having wide ranging effects, it is thought that the drug will be more difficult for cancer tumors to develop resistance to the treatment.

Cancer tumors are often resistant to drugs that attack specific proteins – so targeting the ‘master’ enzyme could be active over a range of different pathways.

‘This might significantly improve the outcomes of cancer treatment.’