In December 2017, Mr Han Zicheng posted a letter in a local bus shelter in Tianjin, China asking for someone to adopt him. Aged 85 and terrified of dying alone, he was refusing to go to a nursing home. His dream was to stay with a family who would care for him at home. He received numerous calls, yet his dream went unrealised. He started making calls to a helpline for seniors – one set up to prevent suicide among the lonely, who were desperate to connect. Eventually, in early April 2018, he succumbed to illness and heart failure.

Psychiatrists have long known that the most common mental illness is loneliness. Social disconnection has long been known to contribute to suicidality and depression. However, there remain serious questions regarding how this interrelates with the issue of growing old.  Is growing old, as we are often told, about ignoring ageing altogether and living life to the fullest? 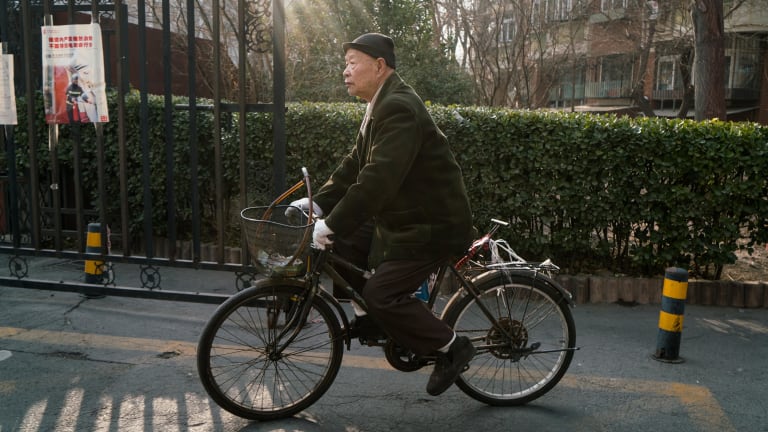 Han Zicheng, 85, rides his bicycle to a market in Tianjin, China, in January.

While roundly opposed, most critics failed to address that the theory was in fact observational – based on data from the Kansas City Study of Adult Life, a longitudinal study tracking several hundred adults from middle to old age. Largely as a reaction to this, Robert Havighurst in 1963 proposed the "Activity Theory", which argues that maintaining activity patterns and values typical of middle age is necessary to having a rich and satisfying life. It is from this that we today derive the well known "Healthy Ageing" model, with occasional posters of seniors climbing mountains and winning triathlons. It is worth noting that Activity Theory was never evidence-based, and Healthy Ageing has been criticised as an aspirational model.

Apart from the theories, there is a more practical issue which is particularly relevant today. We are living longer. In 1951, average life expectancy in Australia was 69. Today's average life expectancy is 82. Most seniors today are living to an age beyond when their parents survived. This means that they are effectively living without a map – social norms expect people to be starting their families in their 20s and 30s, consolidating their careers in their 40s, and paying attention to their superannuation in their 50s.

Without any guidance, this can be two decades of life experienced uncharted. This is a time that the previous generation spent either in a nursing home or deceased. It should be no surprise that this group received such special attention in the budget – adjustments have needed to be made to a group in society that simply did not exist in the previous generation.

The elderly also do not receive much guidance from the rest of society. The Australian Human Rights Commission in 2013 determined that one in three businesses had an age above which they would simply not recruit – which was usually 50. The media was found to repeatedly portray the elderly as vulnerable victims. 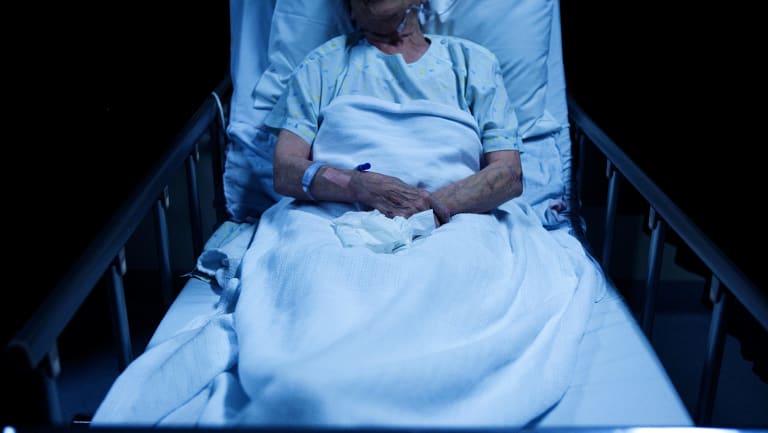 The elderly are often viewed as ‘bed blockers’.

One of the few constants in ageing is an increasing dependence on medical systems, over which the research is not comforting. Lindsay Gething found in 2011 that the elderly were generally seen as "bed blockers".  David Le Couteur found that care for older people was seen as a "Cinderella service" that got very little attention but deserved more, as a low status option for specialisation by medical students, and that it was seen as futile to respond to the complex medical conditions of the elderly.

I once worked for a psychogeriatric service where the lead clinician made it a point to pat the head of most of his charges as an expression of tenderness, with himself and many colleagues talking about their "kids". Ageism is rife in the medical system.

The challenge of how to grow old is the most difficult task any individual will experience. We do not make it easier by excluding the elderly, nor do we assist by promoting unrealistic expectations. It is also not as easy as simply being more inclusive. There is an issue of meaning in life that is a global phenomenon, but an intensely individual issue.

Scott Morrison's budget included considerable rewards for older Australians, with improved home care packages, better protections for pensions in the event of increased income, and an increase in age care places. There has been a greatly improved economic response to the issue of ageing. What is needed to match this is a co-ordinated social response. We need to make up our minds about what ageing is all about.

Mr Han did not die alone. He managed to make a call to the local hospital in March and died in a hospital bed. At least one of his nightmares did not come true, but one wonders what his last few months represents, and how much they may resemble our own final months. The note that he affixed to that bus shelter read as following: "Lonely old man in his 80s. Strong-bodied. Can shop, cook and take care of himself. No chronic illness. I retired from a scientific research institute in Tianjin, with a monthly pension of 6,000 yuan a month." Later, he added, "I hope warm-hearted people can help."

Neil Jeyasingam is a psychiatrist and researcher with the Centre of Excellence in Population Ageing Research and the University of Sydney.