Global warming may be making women give birth earlier and endangering newborn babies, according to research.

Scientists studying births and weather in the US found on days when temperatures were higher than 90°F (32°C), birth rates rose by five per cent.

Many children were born days before their due dates but some were delivered two weeks earlier than expected.

Researchers believe heat can cause hormonal changes in pregnant women, which then bring on labour sooner.

The problem is likely to become worse as climate change means heatwaves become more common over the coming decades, the researchers said. 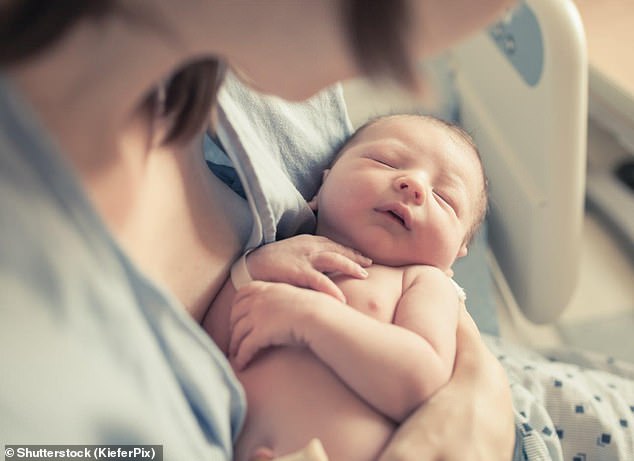 US researchers said tens of thousands of children are born prematurely each year because extreme heat, defined as days hotter than 90°F (32°C), can trigger labour to begin early (stock image)

Scientists at the University of California, Los Angeles, studied data of more than 56million births in the US between 1969 and 1988.

They found that on hotter days (90°F/32.2°C or higher), birth rates were significantly higher and many pregnancies were cut short as a result.

Heatwaves are expected to become more frequent as record levels of carbon dioxide in the atmosphere trap the sun’s heat on the Earth and raise global temperatures.

‘At least 25,000 births per year experience some reduction in gestational length in the US over our sample period,’ the team, led by Professor Alan Barreca, wrote.

They found, on average, pregnancies were cut short by six days but some babies were born as much as two weeks early.

And their study period ended 30 years ago, suggesting the effects could be even greater by now than what was predicted.

Professor Andrew Shennan, a professor of obstetrics at King’s College London, was not involved with the research but said: ‘The findings are valid and well researched, but they do not take into account why women deliver.

About 10 percent of babies born in the US each year are premature.

A birth is premature if the baby arrives at least three weeks early – or prior to 37 weeks.

Premature babies or ‘preemies’ are often underweight and small.

They sometimes continue to have delayed physical growth and development.

Early birth has also been linked to broad behavioral and personality issues, thought to be caused by abnormalities in brain development.

The lungs are one of the last vital organs to fully develop – only becoming mature after 32 weeks – so preemies frequently suffer from asthma and other pulmonary problems.

Children born premature are also more likely to later have intestinal, hearing, vision and dental problems and get frequent infections.

Premature birth is the largest cause of infant mortality in the US. In 2015, preterm birth and low-birth weights accounted for approximately 17 percent infant deaths.

‘As a large proportion of births, especially in the US are precipitated by doctors (inductions or Caesareans), there maybe social reasons (e.g. women requesting delivery earlier when they are uncomfortable with the heat). This requires further evaluation to understand mechanisms.

‘Extremes of temperatures, both hot and cold have previously been linked to risk of both stillbirth and delivery. Mechanisms are not clear.

‘Like many health conditions, temperature can affect basic body functions, affecting blood flow and breathing. Women should stay hydrated and cool in hot weather and warm in the cold. Given the wide variety of temperatures around the world, and that most women have normal pregnancies, this is unlikely to be an important risk factor for any individual.’

Premature births are common and, according to childbirth charity Tommy’s, around 60,000 babies are born early each year in the UK.

Worldwide, the figure is around one in every 10 – some 15million children.

While most go on to be healthy children and adults, the risk of complications during delivery and shortly after birth is higher for premature babies.

They are more likely to need intensive care after delivery and may develop breathing problems, heart defects or bleeding in the brain.

And in the long-term, premature babies face a higher risk of cerebral palsy, hearing and sight problems, learning difficulties or asthma, according to the Mayo Clinic.

Professor Barreca and his colleagues suggested the reason warmer weather sped up births was that it increased levels of the hormone oxytocin in the mother.

Oxytocin stimulates the beginning of labour by making the uterus contract to push the baby out.

They said their work adds to past studies which have found babies born to mothers who went through extremely hot days during pregnancy tended to earn less money as adults.

And they claim premature birth and its effects on development may to blame.

The team added: ‘We find that access to air conditioning is an effective adaptation strategy.’

The research was published in the journal Nature Climate Change.

It adds to concerns raised in a a major report published in November which said the health of future generations of children is at risk because of climate change.

Burning diesel and coal is giving children lung diseases, wildfires are triggering asthma and shrinking harvests are leaving many without enough food, the report said in the prestigious medical journal, The Lancet.

Unless CO2 emissions are cut by 7.4 per cent per year for the next 31 years the health of the world’s next generation is at risk, experts fear.

‘Their bodies and immune systems are still developing, leaving them more susceptible to disease and environmental pollutants.

‘The damage done in early childhood is persistent and pervasive, with health consequences lasting for a lifetime.

‘Without immediate action from all countries to cut greenhouse gas emissions, gains in wellbeing and life expectancy will be compromised, and climate change will come to define the health of an entire generation.’

Being exposed to unusually high temperatures during pregnancy increases the chance of damage to the internal organs, scientists from the University of Albany in New York said in a study. 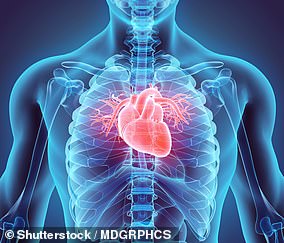 American researchers suggested 7,000 extra cases of congenital heart disease could appear in a population of around 110million in eight US states

Their research predicted there could be 7,000 extra cases of heart defects between 2025 and 2035 in eight US states with a combined population of approximately 110million people.

Scaled up to the global population, this suggests climate change could contribute to around 40,000 congenital heart defects per year.

The team used data from the US states of Arkansas, Iowa, Texas, California, New York, North Carolina, Utah and Georgia.

They aren’t sure exactly why increased heat makes a baby more likely to have heart problems, but animal studies suggest exposing a foetus to temperatures outside the mother’s normal experience may trigger cell death or damage proteins used in development.

The study was published in JAHA: The Journal of the American Heart Association.