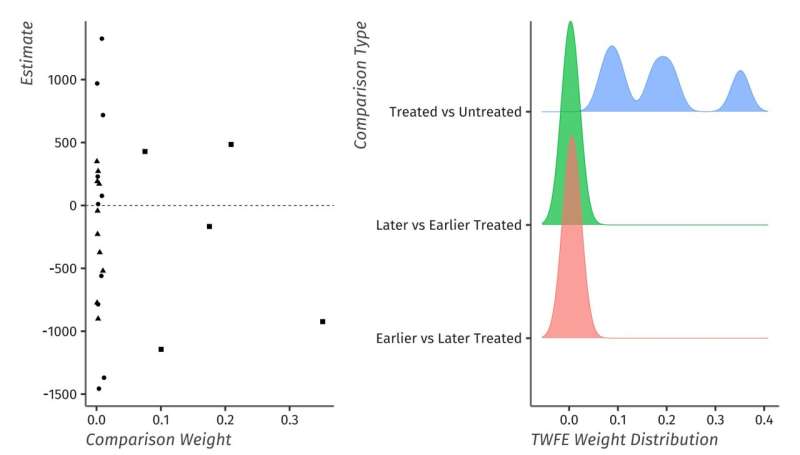 States that permit recreational use of cannabis see a reduction in demand for prescription codeine, an opioid with a high potential for misuse, according to a new multi-institutional study led by University of Pittsburgh and Cornell University scientists.

Published this week in Health Economics, the study finds a significant reduction in pharmacy-based codeine distribution in states that have legalized recreational cannabis use. The finding is promising from a public health policy perspective because misuse of prescription opioids annually contributes to more than 10,000 overdose deaths.

“A reduction in the misuse of opioids can save lives,” said lead author Shyam Raman, a doctoral candidate in Cornell’s Jeb E. Brooks School of Public Policy. “Our research indicates that recreational cannabis laws substantially reduce distribution of codeine to pharmacies, an overlooked potential benefit to legalizing recreational cannabis use.”

The study is among the first to separately examine the impact of recreational cannabis laws on shipments of opioids to hospitals, pharmacies and other endpoint distributors. Previous studies have focused on medical cannabis laws or use of opioids by subsets of consumers, such as Medicaid beneficiaries.

The researchers analyzed data from the Drug Enforcement Administration’s Automation of Reports and Consolidation Orders System (ARCOS) which tracks the flow of controlled substances in the U.S. These are their key findings from states that passed recreational cannabis laws:

“This finding is particularly meaningful,” said senior author Coleman Drake, Ph.D., assistant professor of health policy and management at Pitt’s School of Public Health. “Among prescription opioids, codeine misuse is especially high. Our findings suggest recreational cannabis use may be a substitute for codeine misuse.”

While cannabis and opioids can be used to minimize chronic pain symptoms, they aren’t equivalent in their impact on health.

“Increasing legal access to cannabis may shift some consumers away from opioids and towards cannabis,” said Johanna Catherine Maclean, Ph.D., of George Mason University. “While all substances have some risks, cannabis use is arguably less harmful to health than the non-medical use of prescription opioids.”