ASK THE GP: How can I stop restless legs from ruining my sleep? Dr Martin Scurr answers your health questions

I suffer from restless legs. My sleep is interrupted by them jerking and twitching and I constantly feel tired. I am active in the day, massage my legs each evening, meditate and stretch. Is there anything that will help me get a good night’s sleep?

Restless legs syndrome (RLS) is a common condition, affecting up to 15 per cent of adults, and women are twice as likely to develop it as men. Also known as Willis-Ekbom disease, it is characterised by an uncomfortable urge to move the legs. Doing so provides relief — but the respite is brief.

The sensation, which some sufferers describe as a ‘creepy-crawly feeling’, occurs during periods of inactivity, particularly in the evening or at night.

There is another, less common condition called periodic limb movement disorder (PLMD), which, unlike RLS, is bothersome while someone is asleep. 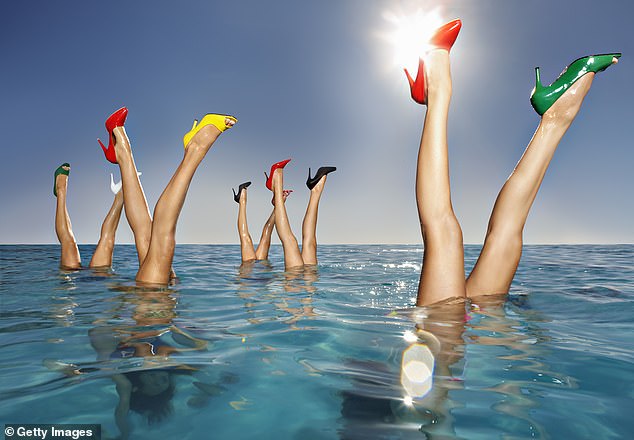 Did you know? One theory is that an abnormality in the basal ganglia area of the brain leads to low levels of dopamine, a brain chemical involved in controlling muscle movement

PLMD can cause interrupted sleep and daytime fatigue, and I wonder whether this is, in fact, your correct diagnosis.

You may have both, as, while the two are distinct conditions, around 80 per cent of those with restless legs also have PLMD.

Diagnosis of PLMD requires spending a night at a sleep clinic, where a test called polysomnography will be carried out. Sensors placed on the scalp provide information on sleep pattern, while a video camera monitors leg movements.

I realise that this might sound rather daunting, however the exact nature of what is happening neurologically with these two conditions is uncertain.

One theory is that an abnormality in the basal ganglia area of the brain leads to lower than normal levels of dopamine, a brain chemical involved in controlling muscle movement.

A link with low iron levels has also long been recognised — this is thought to be because low iron causes low dopamine levels, too.

Additionally, in 40 per cent of cases, the conditions run in families, pointing to a genetic factor. An important point is that certain common medicines can make the conditions worse.

That list includes antihistamines, particularly the sedative types (for example diphenhydramine, found in Nytol, an over-the-counter sleeping pill), some anti-nausea drugs (such as metoclopramide) and a number of antidepressants (mirtazapine, for instance). 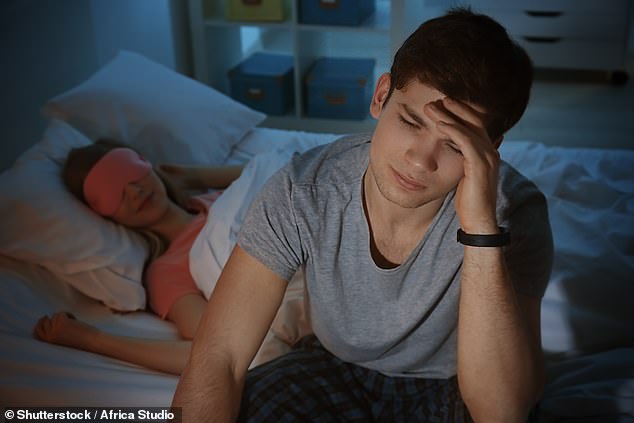 Troubling: The sensation, which some sufferers describe as a ‘creepy-crawly feeling’, occurs during periods of inactivity, particularly in the evening or at night

In your longer letter, you mention that you are taking the blood pressure medicine ramipril and the blood-thinner apixaban, but I can find no evidence that these might be causing the problem.

I think it would be wise to have your ferritin levels (a measure of the blood’s iron stores) checked, but, as your sleep is constantly interrupted and you feel perpetually tired, I’d also suggest asking your GP about referral to a sleep clinic.

Currently, the same treatments are used for RLS and PLMD.

If your ferritin is below 75 mcg/ml, iron-replacement medication is essential and can be achieved with over-the-counter ferrous sulphate tablets (375mg) taken once a day.

If correcting any iron deficiency does not lead to an improvement, there are two classes of drugs that may help. Both act on the central nervous system to reduce abnormal sensations and movements.

The first is dopamine agonists: pramipexole is the tablet of choice, but ropinirole is an alternative. If these are unsuccessful, a skin patch impregnated with the drug rotigotine may be tried.

The second family of drugs known to give relief includes the epilepsy medicines gabapentin and pregabalin.

I am hopeful that, with the correct diagnosis, you will soon be sleeping soundly again.

WHAT HAPPENS TO OUR BODIES IF WE STAY AWAKE FOR DAYS ON END?

Failing to sleep for days on end can cause an array of symptoms and may even be deadly.

Within the first 24 hours of sleep deprivation, the body’s hormone levels change, leading to a rise in blood pressure, SLATE reported.

By day two the body is no longer able to break down glucose properly, leading to carbohydrate cravings.

Although no human has ever being reported as dying from insomnia, a 1980s study by the University of Chicago found rats died after 32 days of total sleep deprivation.

It is thought the rodents’ body temperatures dropped so much they developed hypothermia.

Their immune systems may also have become so weak that bacteria normally confined to their guts spread throughout their bodies.

Another theory is the animals became so stressed they died.

One of the most famous insomniacs is the music teacher Michael Corke, of New Lenox, Illinois, who suffered from the rare disease fatal familial insomnia.

He died aged 42 after an alleged six months of total sleep deprivation, however, it cannot be said for sure that insomnia is what killed him.

But it is Randy Gardner who holds the record for the longest time without sleep.