More than half of doctors plan to retire before the age of 60, worsening the GP crisis, reveals survey

The majority of family doctors plan on retiring before they reach the age of 60 exacerbating the GP crisis, a survey has found.

Heavy workloads, growing paperwork and staff shortages have been blamed for the rising number of senior doctors leaving the profession early.

The survey of 759 doctors showed 51 per cent of doctors intend to retire before they hit 60, with the average leaving at 59.

It comes after the results of the NHS’s 2018 GP patient survey of more than 760,000 patients in England showed one in four people are now waiting a week or more for an appointment.

Record shortages are leaving patients with ever-longer waiting times, and make it far more difficult to see the same GP each time. 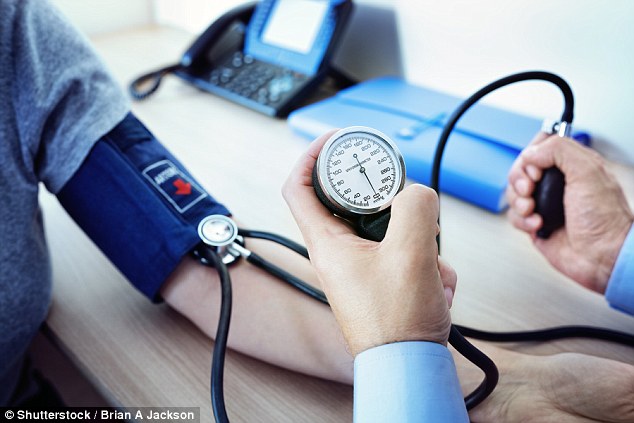 Heavy workloads, growing paperwork and staff shortages have been blamed for the rising number of senior doctors leaving the profession early

The results revealed that the country’s GPs are struggling to cope with an ageing population, a recruitment crisis and immigration levels.

Today’s poll by GP magazine Pulse showed the crisis looks set to deepen as the number of trainees fails to keep pace with those leaving.

It revealed 38 per cent of GPs are now planning to retire between 56 and 60 while almost one in seven will retire before the age of 56.

Dr Patricia Rowlands, a GP partner in the Greater Manchester area, told the magazine that she will retire this year on her 60th birthday.

She said: ‘Due to the pressure of work, I cannot do the job in the way that I want to do it or in a way that makes me feel I have done my best for patients.

‘I feel under pressure to cut corners, putting patients at risk and putting myself at risk of making mistakes. In addition to this there are concerns about the future viability of the practice.’

One in seven posts are now empty, with vacancy rates trebling in six years.

Some GPs said they were choosing to become locums or even move abroad because the job has become so difficult.

Meanwhile, health leaders admitted that 40 per cent of GPs were quitting just five years after finishing their training, which costs the taxpayer around £500,000.

Others are opting to only work part-time or practise as locums, rather than holding down permanent posts.

Professor Helen Stokes-Lampard, chair of the Royal College of GPs, said: ‘It’s a genuine tragedy and waste for the whole service when talented and experienced GPs decide they have no choice but to leave the profession prematurely – they offer so much to our trainees learning from them, as well as to our patients, but only if they are healthy and able to practice safely.’

A Department of Health and Social Care spokesperson said: ‘GPs are a crucial part of the NHS and that’s why we have a number of schemes in place that offer greater flexibility and financial incentives to make later retirement more attractive.

‘We are also investing an extra £2.4 billion a year by 2020 to help practices reduce their workload and free up more time for GPs to spend with patients.’

JUST HOW BAD IS THE RECRUITMENT CRISIS FOR DOCTORS?

Official figures show that 41 per cent – around 10,000 doctors – are 50 or over and are expected to quit within the next five to ten years.

Fewer young doctors are choosing to specialise as GPs, and are opting for more ‘macho’ career paths as surgeons or specialists.

It came as numbers of GPs are known to be dwindling in recent years, placing even more pressure on an over-stretched health service.

Many are retiring in their 50s, moving abroad or leaving to work in the private sector, as practices have threatened to close their waiting lists until action is taken.

This continued crisis has left many patients at risk, with staff unable to cope with the rising demand and slashed funding.

The shortage of doctors comes despite the NHS adopting a plan in April to recruit 5,000 extra GPs by 2021.

Mr Hunt’s pledge of £2.4 billion was said to be the answer to the staffing shortage, helping plug the growing number of vacancies.

This money was devised to lure GPs to move to the worst-hit areas of England, and to stop them from seeking another career.

Thousands of new ‘doctors on the cheap’ are also being trained to prop up the cash-strapped NHS, it emerged in June.

An army of ‘physician associates’ will work in GP surgeries and hospitals to diagnose patients, recommend treatments and perform minor procedures.

Scores of practices also believe they are working well beyond maximum capacity – feeling pressured to take on a higher workload and risk mistakes.