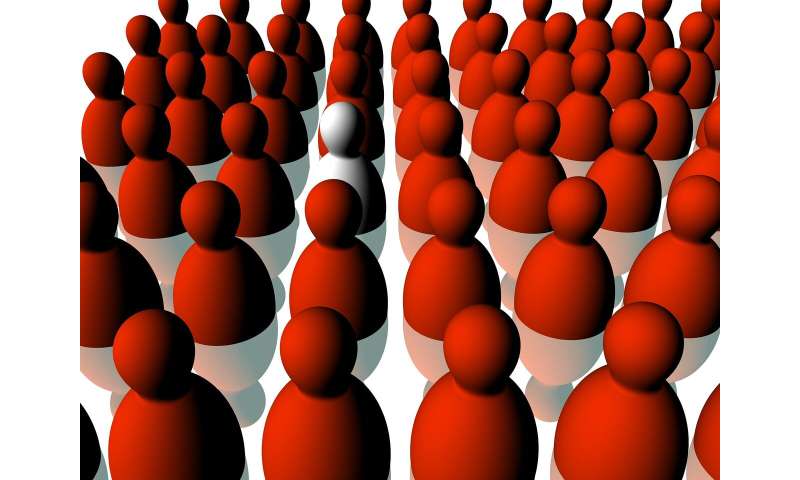 A team of researchers from the University of California and Stanford University has found that the tendency to see people from different racial groups as interchangeable has a neuronal basis. In their paper published in Proceedings of the National Academy of Sciences, the group describes studies they conducted with volunteers and what they found.

One often-heard phrase connected with racial profiling is “they all look the same to me,” a phrase usually perceived as racist. It implies that people of one race have difficulty discerning the facial characteristics of people of another race. In this new effort, the researchers conducted experiments to find out if this is valid—at least among one small group of young, white men.

In the first experiment, young, white male volunteers looked at photographs of human faces, some depicting black people, others white, while undergoing an fMRI scan. Afterward, the researchers found that the part of the brain involved in facial recognition activated more for white faces than it did for black faces.

In a third series of experiments, the volunteers rated how different they found faces in a series of photographs or whether they had seen a given face before. The researchers report that the volunteers had a tendency to rate the black faces as more similar to one another than the white faces. And they found it easier to tell if they had seen a particular white face before.