But what exactly is health and wellbeing? The World Health Organization defines health as complete physical, mental and social wellbeing. “Wellbeing” is defined in dictionaries as anything from the physical state of being comfortable, to health and happiness. However, these definitions suggest that patients with chronic diseases or lifelong injuries cannot be healthy and/or happy.

By contrast, some have argued that people with cancer might be considered healthy if they have the following attributes: optimism, sense of control, purpose and meaning, positive social ties, and a nurturing family.

We also think that wellbeing in patients with chronic conditions can be improved – it just takes a different approach. At Swansea University’s award-winning health and wellbeing academy, we have been providing a unique service for brain injury patients – “happiness” groups.

Despite the name, this strategy is not just limited to making people “happy” again. Over eight weeks, the participants cover a variety of topics, such as positive health, positive emotions, and building meaning and purpose in life. We help them identify and focus on their strengths rather than their weaknesses, and to develop positive social relationships with other group members. In addition, we encourage patients to take part in different activities, such as technology projects and other outdoor skill building programmes, through which clinicians weave neuro-rehabilitation and psychological therapies.

Our aim is to treat both physical health conditions and improve mental wellbeing by stimulating the pathway that connects both body and mind: the vagus nerve.

Brain injury is a condition that leads to a change in one’s identity for which little help is available. Patients usually have psychological treatments – such as cognitive behavioural therapy – as well as education and reassurance. While doctors typically focus on reducing impairment, we have found that this is not what what patients say they need. They want opportunities to use their strengths, to contribute and feel valued. 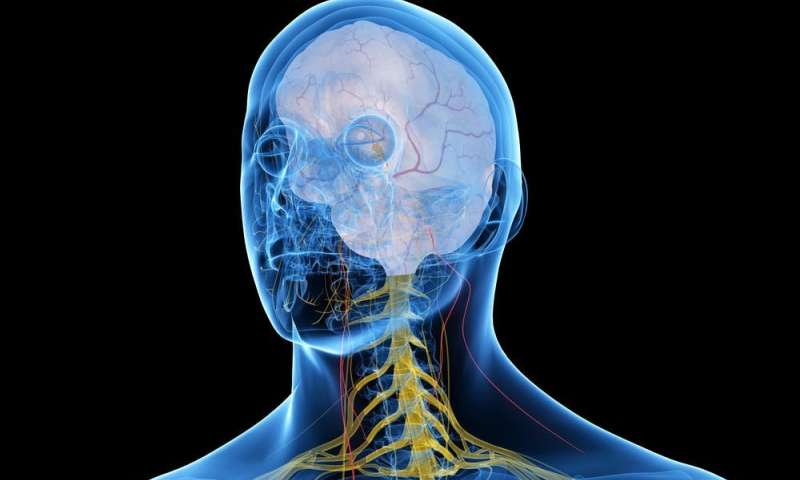 As researchers, we are especially interested in the functioning of the vagus nerve and its role in social interactions and longevity. The vagus nerve is associated with our capacity to regulate emotion, to engage and connect with others, and may even predict whether or not we survive the next decade.

Studies have shown that the increases in positive emotion which come from meditation, for example, are dependent on baseline vagal function. However, this research also shows that increases in positive emotion can lead to increased perceptions of social connectedness, which drive further increases in vagal function in an upward spiral relationship. These findings are especially interesting when one considers other evidence that demonstrates positive social connections have greater effects on longevity than physical activity. And that they have a roughly equivalent effect to stopping smoking 15 cigarettes a day.

Friendship is now considered to be a critical factor impacting on health and wellbeing. Loneliness, meanwhile, significantly increases the risk of premature death. It is entirely possible that the vagus nerve mediates these outcomes, which is why we are taking such a different approach with our groups.

To further explain what we are doing, we have recently developed a “GENIAL” model, which highlights the effects that connecting with others has on vagal nerve function – and what augmenting vagal function might do to our social relationships – and health and wellbeing.

In English, the word “genial” means “friendly”, so this acronym helps to emphasise the important role of positive social relationships in health. We also use GENIAL as an acronym to refer to the fact that there is more than one way to achieve health and wellbeing. For example, it encompasses the ways that different genes interact with environmental stimuli, which in turn influences the vagal nerve function that underpins social interactions, and the downstream physiological cascade leading to longevity or premature mortality.

The model also helps to facilitate our group activities. Participants learn, for instance, that vagal function can be enhanced through a variety of positive health behaviours such as physical activity, diet, as well as techniques used in positive psychology such as meditation.

Over the last decade, there has been much new knowledge generated by researchers on how to improve health and wellbeing. But while public health advocates remain focused on behaviours such as exercise, diet and alcohol consumption, they miss other opportunities.