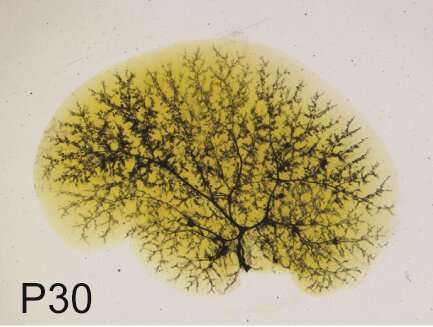 Alagille syndrome is a rare pediatric genetic disorder that can affect the liver, heart, kidneys, blood vessels, skeleton and other tissues. One major characteristic of this condition is abnormalities in the ducts that carry bile, a yellowish liquid that helps to digest fats, from the liver to the gallbladder and the small intestine. The number of bile ducts is severely decreased in Alagille syndrome patients, which diminishes the normal flow of bile, a condition called cholestasis. As a result, bile builds up in the liver, causing scarring that prevents the liver from working properly to perform its metabolic functions and to eliminate waste from the bloodstream.

Alagille syndrome is one of the interests of the laboratory of Dr. Hamed Jafar-Nejad, associate professor of molecular and human genetics at Baylor College of Medicine.

“The severity of the disorder varies among affected individuals, even within the same family,” explains Jafar-Nejad. “For instance, some patients with childhood cholestasis will require a liver transplant, whereas others will show significant improvement by elementary school age, eliminating the need for a transplant.”What mediates this variability is not known. In this study, Jafar-Nejad and his colleagues uncovered new genetic clues that contribute to our understanding of the extreme variability in the

expression of this childhood liver disease and also offer a potential therapeutic avenue for this condition.

The road to discovery

The majority of the Alagille syndrome cases result from loss of one copy of the JAG1 gene, which produces the protein jagged 1 (JAG1), an important component of the Notch signaling pathway. The Notch pathway is involved in the communication between neighboring cells during embryonic development and adult tissue maintenance. Signals from the Notch pathway influence how the cells build body structures in the developing embryo. Therefore, mutations in JAG1 or other components of the Notch pathway lead to errors during development that affect the bile ducts and other organs.

Several years ago, the Jafar-Nejad laboratory established a genetically representative mouse model for Alagille syndrome liver disease. In this model, loss of one copy of Jag1 (Jag1+/-) results in impaired bile duct development and subsequent cholestasis in mice.

In the current study, the group used this model to identify genetic modifiers of the liver disease in order to explain its variability and to identify a potential therapeutic target. The researchers found that the expression level of the transcription factor SOX9 broadly modified the severity of Alagille syndrome liver disease in mice.

According to previous work by others, complete loss of Sox9 gene in normal mouse liver had only transitory effects on bile duct development, with no long-term consequences. In the current study, the researchers found that changing Sox9 gene expression in livers of Alagille syndrome mice (Jag1+/-) profoundly affected liver pathology.

“It was amazing to see just how sensitive the Jag1+/- mice were to the levels of Sox9,” said first author Joshua Adams, an M.D./Ph.D. student in the Program in Developmental Biology at Baylor. “Even the loss of only one copy of Sox9 gene in our Alagille syndrome mouse model significantly worsened liver disease, showing evidence of enhanced inflammation and liver fibrosis.”

In addition, the researchers looked into the structure of the bile ducts in collaboration with Dr. Stacey Huppert’s group at Cincinnati Children’s Hospital Medical Center. Ink injection into the common bile duct showed defects in the 3-D structure of the biliary tree in one-month-old Jag1+/- animals, but this and other Jag1+/- liver characteristics improved with age. On the other hand, animals simultaneously lacking one copy of the Jag1 gene (Jag+/-) and one copy of the Sox9 gene had a more severe condition at one month of age and did not exhibit improvement in their liver condition with age. Removing both copies of Sox9 gene in the livers of Jag1+/- animals resulted in 50 percent lethality by three weeks of age, further highlighting the critical role of SOX9 in the severity of Jag1+/- liver disease.

“Our data suggest that alterations in the expression level of one gene (Sox9) in Jag1+/- animals can generate the full range of variations in liver disease presentation observed in human patients, from those with early cholestasis who later show significant improvement, all the way to patients who require a liver transplant at a relatively young age,” said Jafar-Nejad.

Sox9 may be a therapeutic target in Alagille syndrome