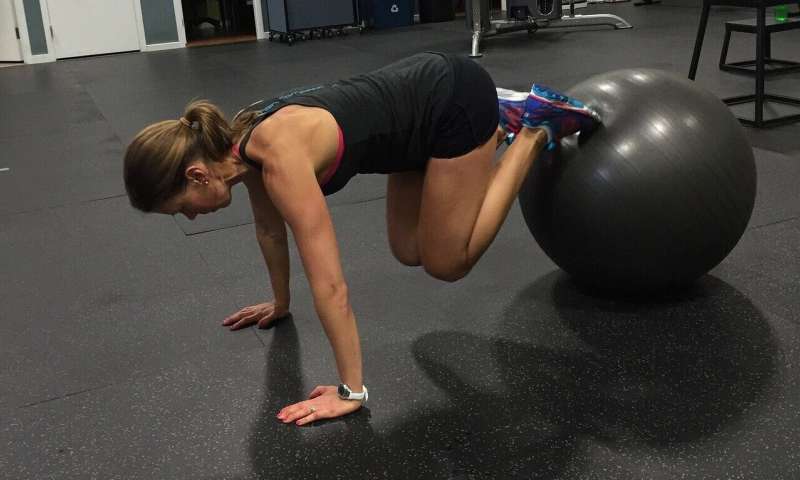 A pooled analysis of nine prospective studies involving more than 750,000 adults finds that recommended amounts of leisure-time physical activity were linked to a lower risk for seven cancers, with several cancer types having a ‘dose/response’ relationship. The study was led by investigators at the National Cancer Institute, the American Cancer Society, and the Harvard T.H. Chan School of Public Health and appears in the Journal of Clinical Oncology.

While it’s long been known that physical activity is associated with a lower risk of several cancers, less clear has been the shape of the relationship and whether recommended amounts of physical activity are associated with lower risk. Updated guidelines for activity now state that people should aim for 2.5 to 5 hours/week of moderate-intensity activity or 1.25 to 2.5 hours/week of vigorous activity. Moderate-intensity activities are those that get you moving fast enough or strenuously enough to burn off three to six times as much energy per minute as sitting quietly (3 to 6 METs). Vigorous-intensity activities burn more than 6 METs.

For the current analysis, investigators pooled data from nine prospective cohorts with self-reported leisure-time physical activity and follow-up for cancer incidence, looking at the relationship between physical activity with incidence of 15 types of cancer.

They found engaging in recommended amounts of activity (7.5 to 15 MET hours/week) was associated with a statistically significant lower risk of seven of the 15 cancer types studied, with the reduction increasing with more MET hours. Physical activity was associated with a lower risk of colon cancer in men (8% for 7.5 MET hours/week; 14% for 15 MET hours/week), female breast cancer (6%-10%), endometrial cancer (10%-18%), kidney cancer (11%-17%), myeloma (14%-19%), liver cancer (18%-27%), and non-Hodgkin lymphoma (11%-18% in women). The dose response was linear in shape for half of the associations and nonlinear for the others.

The authors conclude: “These findings provide direct quantitative support for the levels of activity recommended for cancer prevention and provide actionable evidence for ongoing and future cancer prevention efforts.”