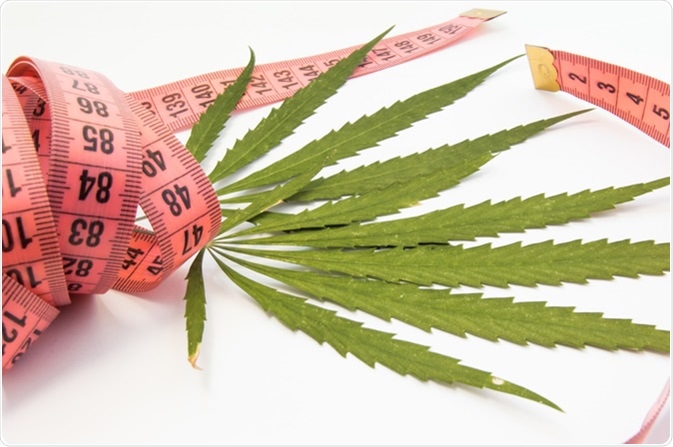 Researchers at Michigan State University have shed light on the potential mechanisms by which activated cannabinoid receptors influence the likelihood of weight gain and obesity.

Their study indicated that the absence of these receptors confers protection from diet-induced obesity, possibly mainly as a result of the role cannabinoid-1 receptor (CB1R) plays in obesity or due to a combined, interactive effect of both CB1R and cannabinoid-2 receptor (CB2R).

The findings, which were published earlier this year in the journal Obesity, could help to explain conflicting findings from previous studies looking at how the receptors contribute to the regulation of glucose metabolism and body weight. 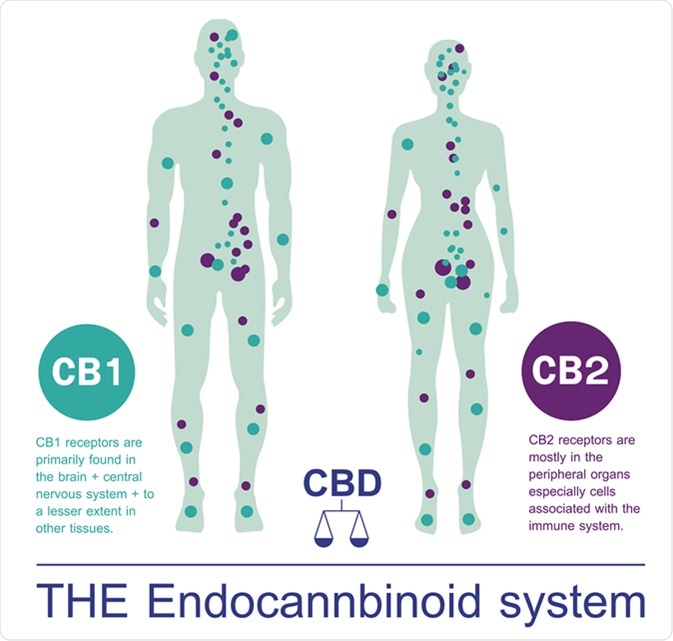 Many studies have reported on the appetite-stimulating effects of the active constituent in cannabis − delta-9-tetrahydrocannabinol (THC) − and evidence suggests that increased food intake and weight gain among cannabis users is associated with activation of CB1R.

In rodents, administration of CB1R agonists such as rimonabant decrease food intake and weight gain. In humans, rimonabant exerts similar effects, reducing body weight, as well as improving other aspects of the metabolic syndrome. In agreement, some studies have found that cannabis users tend to have a higher calorie intake than non-users.

Accordingly, the activation of cannabinoid receptors and increased calorie intake among people using cannabis could be expected to show a positive association with the development of obesity and type 2 diabetes. However, some epidemiological studies have in fact shown a reduced prevalence of obesity, insulin resistance and diabetes among cannabis users.

Studies elucidating the role of CB2R in weight gain have not been as conclusive as those looking at CB1R.

In one 2015 study published in PLoS One, Brian Oldfield and colleagues found that the administration of one type of CB2R agonist was associated with a reduced food intake and body weight in obese mice. By contrast, a 2016 study by A Jenkins and colleagues published in the British Journal of Pharmacology found that treatment with another agonist did not reduce food intake or weight gain in diet-induced obese rodents.

Overlapping and Complementary Function of CB1R and CB2R

CB1R and CB2R recognize the same structural groups of agonists, including THC, but sometimes with different affinities. Given that CB1R and CB2R have overlapping and complementary functions, Karl Olson and colleagues at Michigan State University decided to study mice lacking CB2R (CB2−/− mice) and mice lacking both CB1R and CB2R (CB-DKO mice) to further elucidate the receptors’ contribution to the regulation of body weight and glucose metabolism.

At the end of the 12-week study period, no significant difference in weight gain was observed between the CB2−/− and the wild-type mice (average gain of 19g versus 21g). Among the CB-DKO mice, however, the average weight gain was significantly less (only 5g), compared with the other two groups of mice.

Automated food intake measurements indicated that the reduced body weight and lean phenotype of the CB-DKO mice were not associated with decreased food intake or locomotor activity. However, respiratory exchange rate and heat production were elevated in CB-DKO mice and adipose tissue thermogenic genes were upregulated.

“Indirect calorimetry indicated that the inactivation of both receptors of the cannabinoid system was capable of counterbalancing the development of the obesity through increasing energy expenditure,” writes the team.

The authors suggest that given the established role of CB1R in energy balance, the leanness and altered thermogenesis in CB-DKO mice could be driven by CB1R, although they warn that this conclusion is limited by the fact that a CBR1 knockout model was not included in the study.

They also point out that this CB-DKO phenotype could be the result of a unique interactive effect of both receptors, rather than due to a predominant role of CBR1 in obesity.

Either way, Olson and team speculate that downregulation of cannabinoid receptors may account for the decreased prevalence of obesity and insulin resistance among cannabis users.

“Because cannabis contains numerous compounds other than THC that may act through cannabinoid receptors or through other receptors and mechanisms, further studies are warranted,” concludes the team.

Sally has a Bachelor's Degree in Biomedical Sciences (B.Sc.). She is a specialist in reviewing and summarising the latest findings across all areas of medicine covered in major, high-impact, world-leading international medical journals, international press conferences and bulletins from governmental agencies and regulatory bodies. At News-Medical, Sally generates daily news features, life science articles and interview coverage.