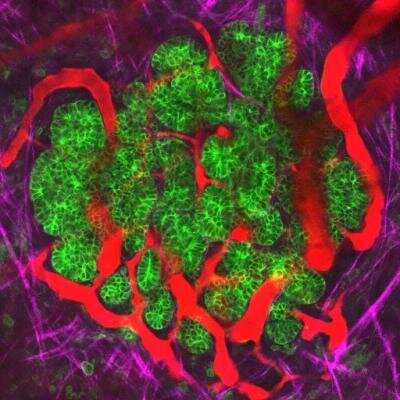 An international team of researchers has revealed how aggressive pancreatic cancer cells change their environment to enable easy passage to other parts of the body (or metastasis) – the main cause of pancreatic cancer related death.

The researchers discovered that some pancreatic tumours produce more of a molecule called ‘perlecan’ to remodel the environment around them, which helps cancer cells spread more easily to other parts of the body, and also protects them against chemotherapy. In a mouse model, the researchers showed that lowering the levels of perlecan revealed a reduction in the spread of pancreatic cancer and improved response to chemotherapy.

Led by Associate Professor Paul Timpson, Head of the Invasion and Metastasis Laboratory, and Dr. Thomas Cox, Leader of the Matrix and Metastasis Group, at the Garvan Institute of Medical Research, the research may provide a promising new path to more effective treatment options for individuals with pancreatic and other cancers.

The findings are published in the journal Nature Communications.

“Pancreatic cancer is very aggressive, and by the time most cases are diagnosed, the tumour is often inoperable,” says Associate Professor Timpson. “What we’ve discovered in this study is a two-pronged approach for treating pancreatic cancer that we believe will improve the efficiency of chemotherapy and may help reduce tumour progression and spread.”

Pancreatic cancer is one of the most lethal forms of cancer, with a five-year survival of ~9% in Australia. In its early stages, pancreatic cancers often show no obvious signs or symptoms and by the time a cancer is diagnosed, it has often begun to spread outside the pancreas.

The Garvan-led team investigated why some pancreatic cancers spread, while others appear to stay in one place. In their study, the researchers took an unconventional path—they compared the tissue around tumour cells in both metastatic (spreading) and non-metastatic (non-spreading) pancreatic cancers. This tissue—known as the ‘matrix’ – acts like a glue that holds different cells in an organ or in a tumour together.

“This means that in a growing tumour, even a small number of aggressive metastatic cells—a few bad apples—can help increase the spread of other, less aggressive cancer cells.”

A spotlight on the tumour matrix

To investigate how to stop pancreatic cancer cells from remodelling the matrix around them, the team took an even closer look at the fibroblasts.

“What we discovered is a previously unknown set of matrix molecules that aggressive pancreatic cancer cells use to shape the tissue around them, in order to both protect them from chemotherapy and enable easier escape around the body,” explains Dr. Cox.

Using gene-editing techniques, the researchers reduced the levels of one of the molecules called perlecan in mouse models of aggressive metastatic pancreatic cancer. Through advanced live imaging techniques, the researchers tracked individual cancer cells and revealed that lowering the levels of perlecan not only reduced the spread of cancer cells, but that tumours also responded better to chemotherapy.

“We believe that there would be important benefit in targeting the fibroblasts of a tumour in combination with targeting the cancer cells themselves with chemotherapy,” says Dr. Vennin. “If we can specifically target the aggressive fibroblasts in patients harbouring precise genetic changes, we can make them more susceptible to our currently approved treatments, which would significantly change how we treat this aggressive cancer.”

The researchers say that targeting perlecan, or other matrix molecules that help remodel the tissue of metastatic tumours, may be effective for not just pancreatic cancer, but also prostate and breast cancers. 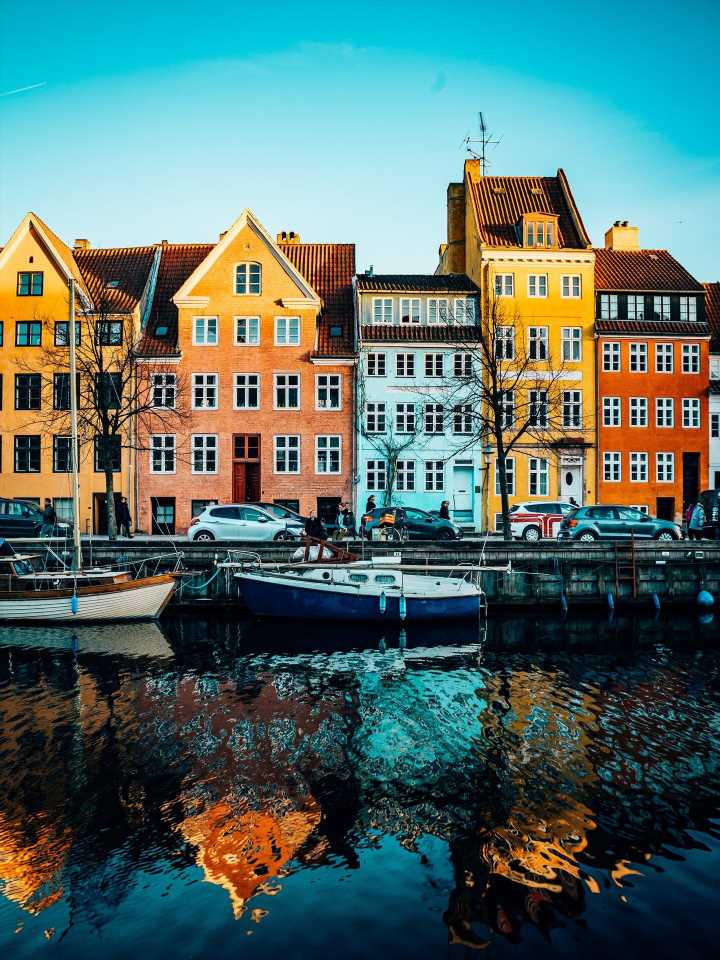 Hair loss treatment: A plant that prevents natural cell death to increase hair growth
We and our partners use cookies on this site to improve our service, perform analytics, personalize advertising, measure advertising performance, and remember website preferences.Ok