Chinese leaders are scrambling to shore up public confidence and oversight of the pharmaceutical industry after a rabies vaccine maker was found faking records, the latest in a slew of public health and safety scandals that have led outraged Chinese parents to direct their ire at the government.

Premier Li Keqiang declared in a statement Sunday that the case of Changchun Changsheng Life Sciences Ltd., which is accused of fabricating production and inspection records, “violated a moral bottom line.” He pledged an immediate investigation into the company and to “resolutely crack down” on violations that endanger public safety.

The premier’s remarks were aimed at assuaging Chinese parents who routinely complain about worrying over fake food, milk and medicine in a society that seems to lack a “moral bottom line”—and also competent, uncorrupt regulators.

“Defective vaccines are like child abuse and trafficking—it touches on the most sensitive, vulnerable part of the public’s hearts,” wrote Xi Po, a columnist for The Paper, a popular online news outlet backed by the Shanghai government. “But unlike in cases of child abuse, the vaccine scandals involve layers and layers of broken regulators and interest groups.”

There were no reports of injuries due to the rabies vaccine, but the disclosure has ricocheted around social media, touching a raw nerve for Chinese parents. Two years ago, a similar scandal erupted after police busted a criminal ring that had sold millions of faulty baby vaccines—but did not disclose the case for months. 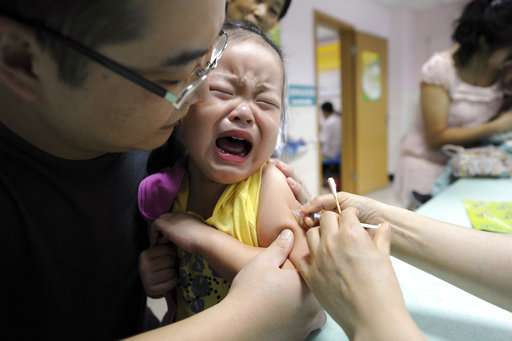 Regulators announced last week that Changchun Changsheng, China’s second-largest rabies vaccine manufacturer, was ordered to stop production and recall its rabies vaccine. Days later, provincial authorities in northeast China announced that batches of DPT, or diphtheria-pertussis-tetanus, vaccine were found to be defective. But more than 250,000 doses of the DPT vaccine had been sold, China’s state broadcaster reported.

Public anger ratcheted up swiftly only over the weekend following a report by an anonymous author disclosing that regulators found production problems at Changchun Changsheng as early as November but did not publicize the findings or announce a recall until July. The post went viral and was censored by Sunday even as Chinese leaders launched a public relations response.

In his statement, Li, the premier, acknowledged the government’s lapse and pledged to punish offenders and regulators found in “dereliction of duty.” State media chimed in, with the China Daily urging the government to handle the matter in a “transparent manner” while the Communist Party-owned Global Times called on authorities to “follow up on people’s security demands, and supervise and regulate more effectively.”

Government censors have employed a relatively light touch, allowing online news outlets like The Paper and Caixin to pursue the story aggressively while giving netizens space to vent their frustration and rage. By Monday afternoon, the hashtag “Changchun Changsheng makes fake vaccines” had garnered more than 100 million views on Weibo. 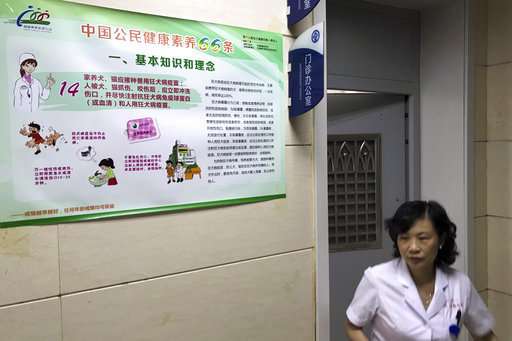 The company’s phone lines were busy for several hours on Monday and executives could not be reached for comment.

Yang Yuze, another writer at The Paper, bluntly questioned whether national policies to prop up pharmaceutical companies were “opening the door” to corruption.

“The main problem is insufficient regulation, missing regulation, powerless regulation,” Yang wrote. “It’s easy to see how (lax regulation of the vaccine industry) are fig leafs and excuses for the transaction of money and power.” 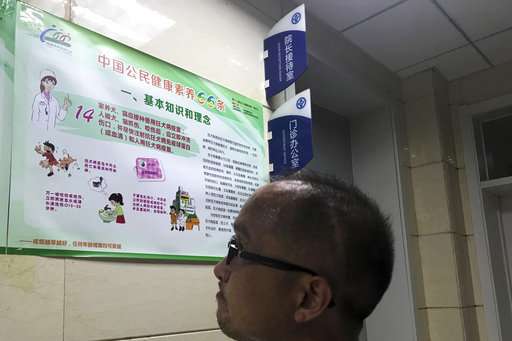