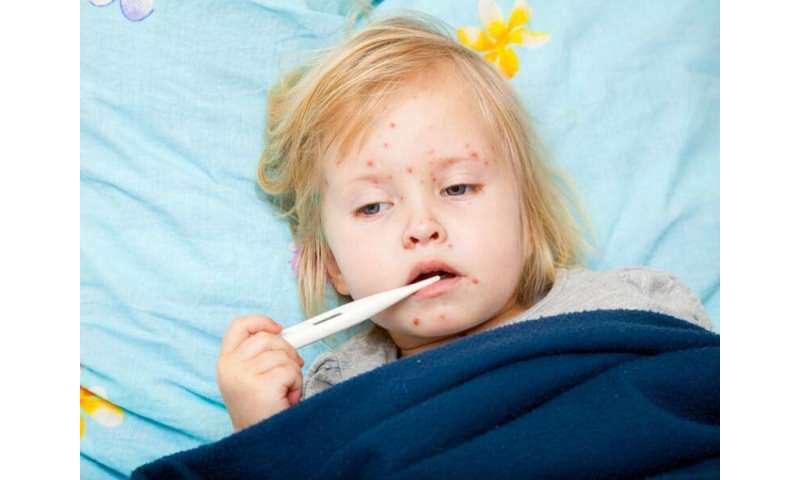 (HealthDay)—Just a few months into the year, the United States is set to break an annual record for the number of measles cases.

The number of measles cases rose by 71 in the last week and now stands at 626 since Jan. 1, the U.S. Centers for Disease Control and Prevention said in its weekly update. That total number is just 41 less than the 2014 record of 667 cases, the highest number since measles was declared eliminated in the United States in 2000.

The update said that Iowa and Tennessee reported measles cases for the first time, bringing the total number of states reporting measles this year to 22. The other states are Arizona, California, Colorado, Connecticut, Florida, Georgia, Illinois, Indiana, Kentucky, Maryland, Massachusetts, Michigan, Missouri, Nevada, New Hampshire, New Jersey, New York, Oregon, Texas, and Washington. The state with the highest number of cases is New York, which has the longest ongoing outbreak in the United States since 2000.