Cells switch fates and acquire new identities during organogenesis and regeneration as a critical trait, although the mechanisms underlying such conversions are poorly understood. The vasculature provides a biological model to understand this process by differentiating to arteries and veins during embryogenesis, through antagonistic transcriptional programs. The programs include Notch signaling to maintain arteries and COUP-TFs (also known as NR2F2) to maintain veins. During embryogenesis, a portion of the coronary arteries of the heart originate from a vein known as the sinus venosus (SV). Veins can become the source of new arteries during development, although the timing and requirements of vein-to-artery conversion are unknown.

A group of scientists in cardiovascular medicine and bioengineering have recently developed a statistical test to classify cell subpopulations from single-cell RNA sequencing (scRNA-seq) data sets in mouse genetics and identify the cell groups directing developmental transitions during heart formation. Now published in Nature, the work combined statistical, computational and biological analyses of SV to coronary artery transition, showing that vein cells gradually and simultaneously switched fate from venous to arterial cells, before a subset of cells crossed a transcriptional threshold into the pre-artery state. Understanding how cell fates switch alongside inhibitory signals during development will advance the existing knowledge in tissue growth and organogenesis, for improved tissue engineering strategies in regenerative medicine. 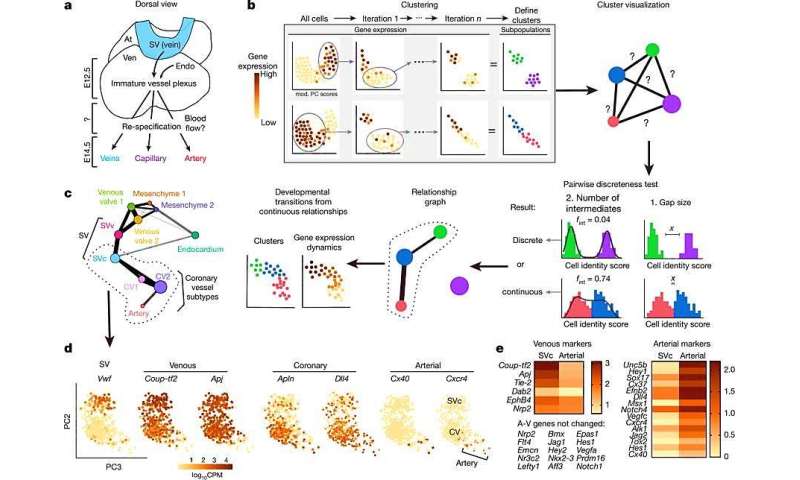 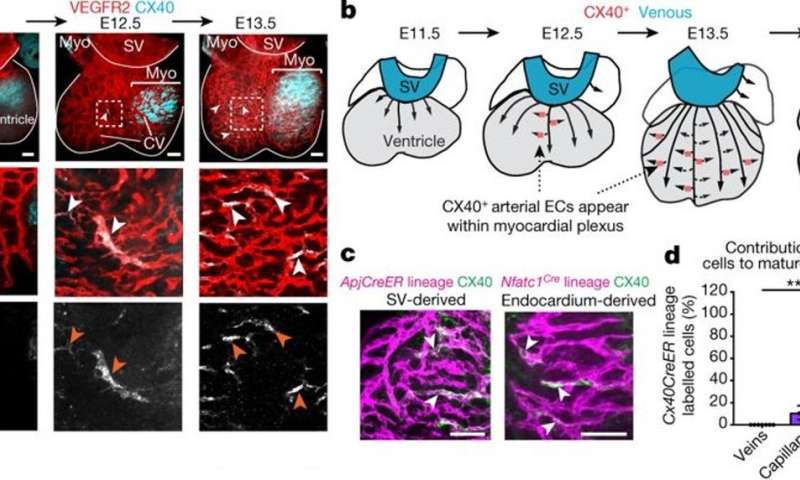 When the vein-to-artery developmental transition was projected onto a linear continuum, the identity of single venous cells decreased progressively as cells moved toward the pre-artery fate. Findings indicated that the pre-artery specification occurred after reaching a threshold of venous loss and arterial gain; at first, the loss of venous identity was gradual, then arterial identity progressively increased. 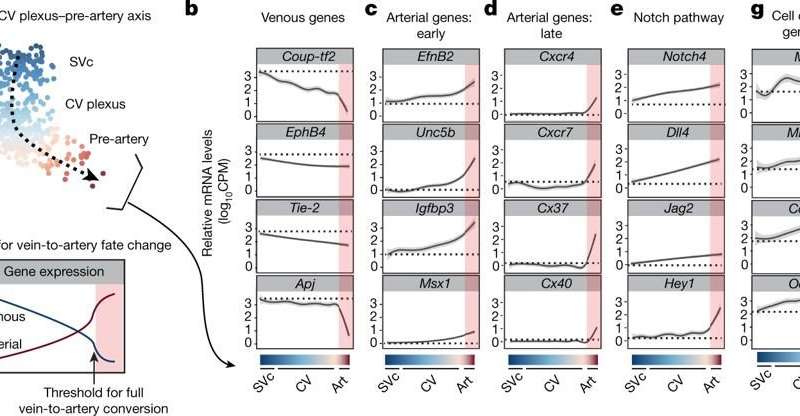 To ascertain that pre-artery specification was necessary for artery formation, the researchers conducted loss-of-function studies in the lab by blocking the process. This was enabled with COUP-TF2 the regulator that typically induces venous fate (while antagonizing arterial fate). Forced expression of COUP-TF2 before pre-artery specification blocked cells from contributing to coronary arteries – suggesting a failure to acquire the pre-artery fate. 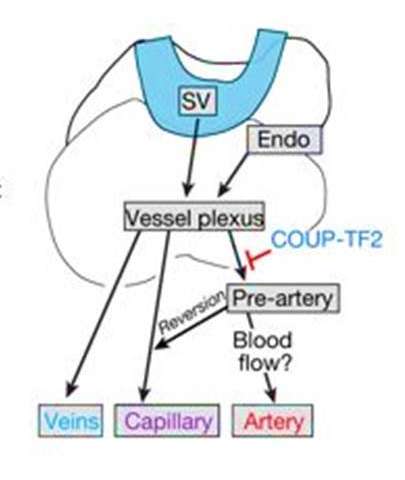