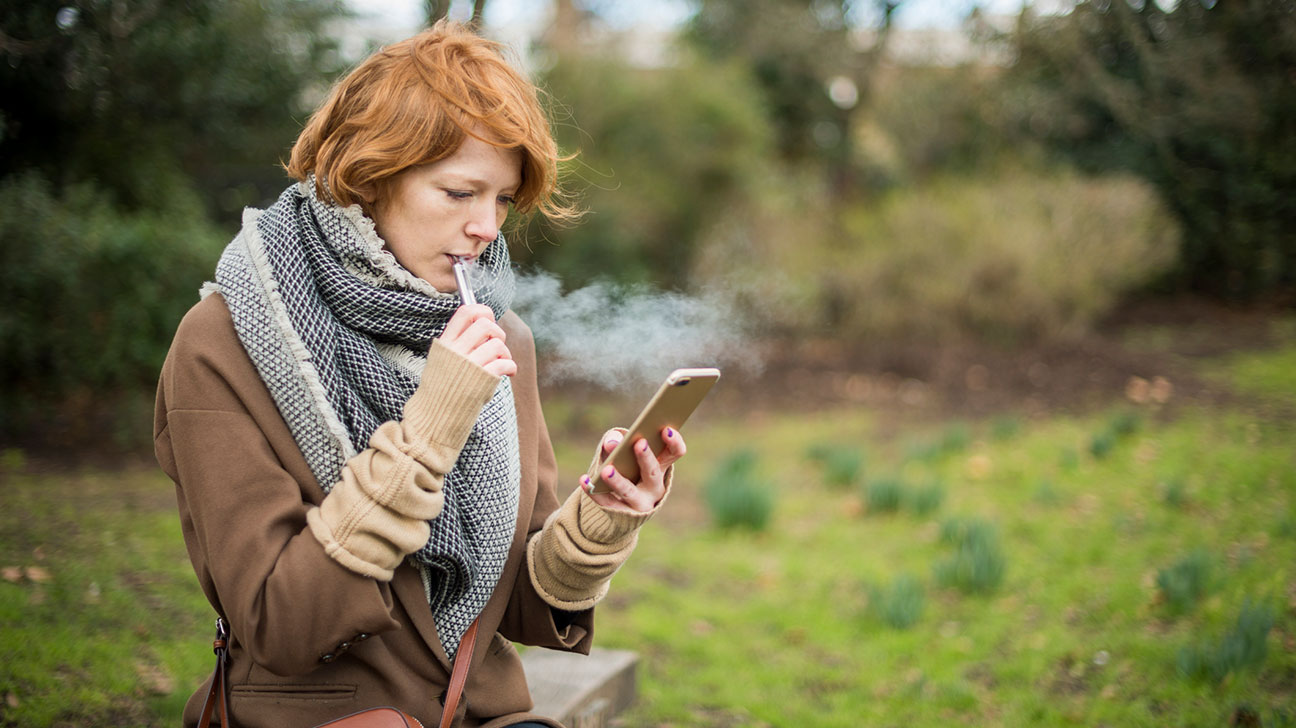 A popular e-cigarette flavoring agent has been shown to have serious adverse effects on the lungs.

A new study from scientists at the University of North Carolina at Chapel Hill demonstrated that cinnamaldehyde impairs normal airway functioning.

Cinnamaldehyde is the chemical that gives cinnamon its unique flavor and aroma. It’s a common, food-safe flavoring agent that’s widely used in food products and e-cigarettes.

However, the researchers say that although a product may be deemed safe by the U.S. Food and Drug Administration, heating, vaping, or burning it can lead to chemical changes that result in unknown, deleterious effects on the body.

“E-cigarette emissions contain chemicals that have not been evaluated for inhalation toxicities,” said lead study author Phillip Clapp, PhD. “The inhalation of flavoring agents, which are frequently reactive aldehydes, poses a significant unknown in regards to the potential health risks of e-cigarette use, as many of these chemicals are structurally similar to toxic aldehydes in cigarette smoke. Moreover, aldehyde flavoring agents are often used in exceedingly high concentrations in e-cigarettes, which may lead to high exposure doses.”

Clapp and head study author Ilona Jaspers, PhD, an associate professor at the department of microbiology and immunology at the UNC School of Medicine, performed an in vitro experiment. They exposed human bronchial epithelial cell cultures to e-liquids and aerosols containing cinnamon flavoring.

Using a high-speed digital camera, the researchers measured the response of the cilia in terms of cilia beat frequency (CBF) when subjected to different concentrations of cinnamaldehyde.

Cilia are small, hairlike projections found in our airways. They’re an essential part of the body’s ability to clear mucus and other foreign substances from the airways. CBF is the natural motion of cilia that helps move mucus out of the body.

Exposure to cinnamaldehyde disrupted the normal functioning of cilia. It rapidly suppressed CBF in the cells as well.

“An important part of that are these tiny little cilia which beat in a very nice wave pattern, so they move stuff up. They are very delicate, they are very sensitive, so one of the most important deleterious effects of cigarettes smoke is to paralyze the cilia, and it usually takes weeks for the cilia to recover from that,” Dr. Norman Edelman, the senior consultant for scientific affairs at the American Lung Association, told Healthline.

From cinnamon to ‘popcorn lung’

Aldehydes have previously been observed to cause these effects in the lungs with cigarettes, but their effects in e-cigarettes haven’t been well understood — until now.

These effects leave smokers and vapers at greater risk for pulmonary issues, such as bronchitis, and developing infections in the lungs.

“You breathe in all kinds of stuff when you walk around, and you breathe in bacteria. And the bacteria tend to be engulfed in droplets of mucus but not killed,” said Edelman. “What you’d like to do is get them out of the lung.”

Edelman said cilia can be key to keeping the lungs healthy and clear of bacteria.

“The cilia, these beating little escalator-like system, helps move that out,” Edelman said. “If you allow bacteria to sit there, they are more likely to grow and multiply and cause infection.”

Cinnamaldehyde isn’t the first e-cigarette flavoring ingredient to be identified as having deleterious effects on the lungs. It likely won’t be the last.

Clapp believes there’s a wide variety of chemicals and flavor additives in e-cigarettes that need further testing to establish whether or not they’re safe.

“We are interested in investigating the effects of other reactive flavorings that are similar in chemical structure, such as vanillin and benzaldehyde,” he told Healthline. “We are also interested in whether chemicals generated by vaporization of the base components (propylene glycol and vegetable glycerin), which are present in all e-cigarettes, can cause similar effects.”

The FDA is currently seeking public input on flavorings in tobacco products, including e-cigarettes and e-liquids, and how best to regulate them.

Beyond direct health concerns, e-cigarette flavorings are particularly concerning among antismoking advocates, such as the American Lung Association, because of their ability to attract youth.

While some studies have indicated that vaping is a safer alternative to traditional smoking, experts note that the habit still raises serious health concerns.

“The more we look, the more we find that the stuff in e-cigarettes and other vaping devices are not benign and do cause problems in the airways,” he said.