Could a shorter working week really help us all to feel less stressed, and if so, how realistic is it to expect a four-day week to become a reality? Stylist spoke with Will Stronge and Kyle Lewis, authors of the book Overtime: Why We Need A Shorter Working Week, to find out more.

It’s no secret that the UK has a burnout problem. With always-on culture making it harder to set boundaries and the return to the office adding the stress of commuting back into the equation, there’s a lot going on – and many of us are feeling that strain.

If one thing’s for sure, it’s clear that the current system isn’t working. So, could the introduction of a four-day working week go some of the way towards addressing these issues?

The UK is currently in the process of finding out. In June, a four-day working week pilot was launched in companies across the country to test the feasibility of the 100:80:100 model, where employees work for 80% of the time for 100% of the salary, and are expected to maintain 100% productivity.

Burnout: feel exhausted at work, even after the weekend? You’re not alone

At the halfway point in September, that trial had already proven a massive success, with 88% of those who fed back to the trial stating that the four-day week was working “well” for their business.

And now, as that pilot comes to a close, 100 UK companies have signed up for a permanent four-day working week with no loss of pay for their employees. The change will only affect 2,600 employees in total – a small fraction of the UK’s workforce – but the permanent introduction of the scheme certainly marks a milestone in the way we think about work.

According to Will Stronge and Kyle Lewis – authors of the book Overtime: Why We Need A Shorter Working Week – the move to a four-day week currently playing out across the UK could make a big difference to the levels of chronic stress experienced by workers across the UK.

While the pair acknowledge that a four-day week is just one of “a number of solutions” necessary (the ‘right to disconnect’ – legislation which would give employees the right to ‘switch off’ outside of working hours – is another they stress the importance of), they believe cutting working hours could make a big difference when it comes to burnout.

“Various studies have shown – and we point to the work of Sabine Sonnentag in the book – that regular time off is really important to our health and to avoid burnout,” Stronge tells Stylist. 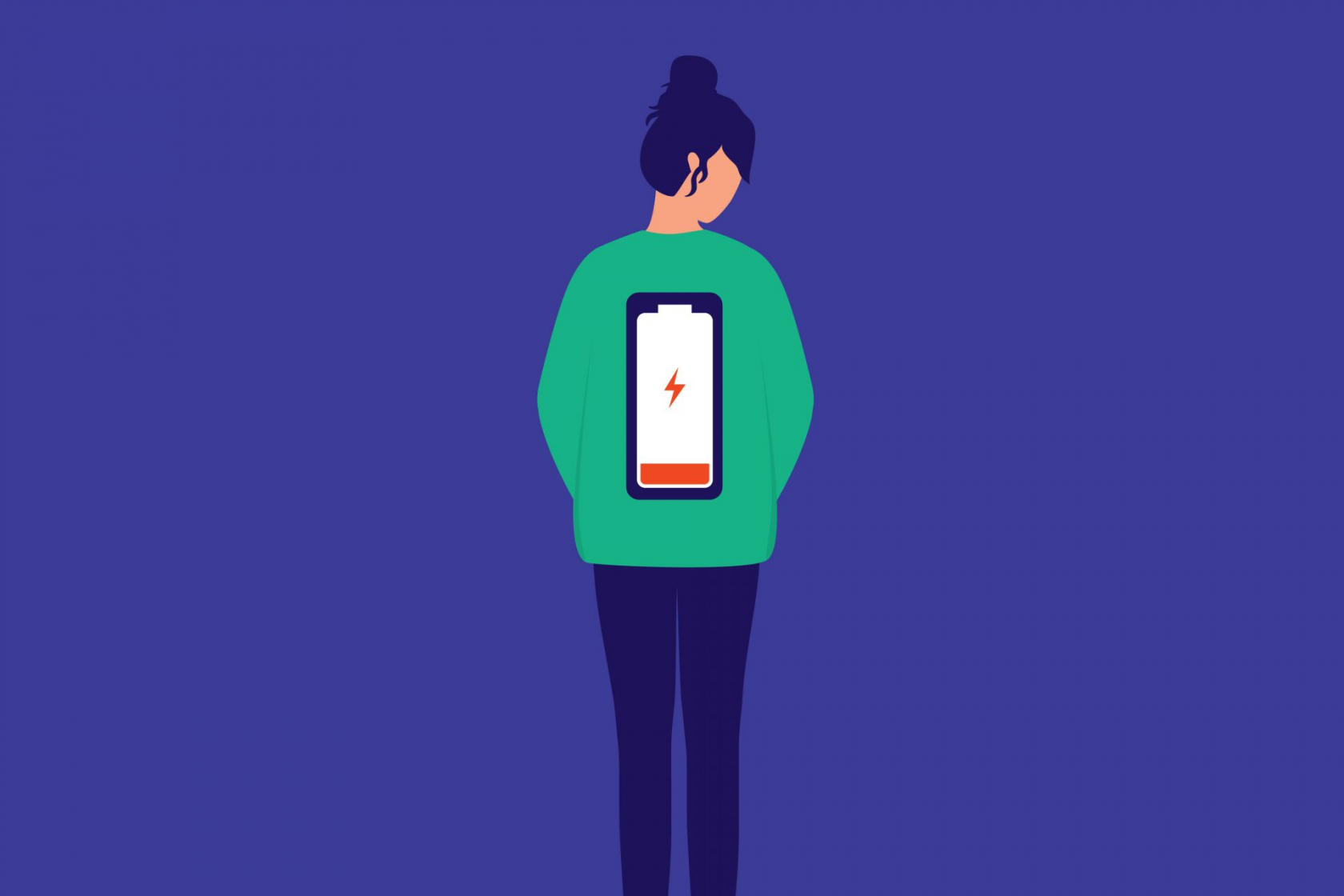 Studies have shown that regular time off is key in the fight against burnout.

“Holidays allow us to jump out of the world of work, rest and enjoy a relaxation period, but once you start again, you start to see symptoms of burnout creep in again. So having regular time off for rest and recuperation has an added benefit compared to just getting more holiday allowance.”

As well as giving people the time off they need to prevent burnout, Lewis points out that a four-day week can also be beneficial because it gives people more time to do things that reduce their stress levels.

“From my experience working with companies that have tried this, it definitely has a huge effect in relation to people feeling more rested, being able to do more activities that they enjoy doing and also being able to do other work obligations outside of paid employment, like caring for loved ones,” Lewis says.

Amelie Gregory, 24, knows firsthand how beneficial working a four-day week can be. The company she works for – Reboot Digital PR – started a four-day week trial at the beginning of August 2021, with the aim of improving four key metrics: performance, productivity, work-life balance and overall employee welfare.

While, at first, she was worried about getting her work done in a shorter amount of time, Gregory says the experience has been an “extremely positive” one, and that the increase in productivity she’s experienced as a result of the change has quashed any fears of falling behind.

“The positive impact on my mental health has been overwhelming,” she explains. “Because none of my friends outside work are in the same position as me, I’m making sure I’m always doing something for me on the extra day off, and I’m trying to see what new hobbies I’m interested in; at the moment, I’m trying to teach myself sign language, roller skating and running.”

How to avoid burnout: why embracing curiosity could help us handle stress

She continues: “Having a day to try and better myself and spend time with myself is really rewarding. As a young woman, I think it’s really important to have ‘self-dates’ and I haven’t been able to do that in so long.”

A key aspect of the Reboot trial – and the kind of four-day week Stronge and Lewis advocate for in their book – is the reduction of working hours without a reduction in pay for employees.

The pair – who both also work for the UK-based think tank Autonomy, which among other things, helps businesses to adopt a four-day week – say they’ve seen companies try to cut corners by doing things like reducing pay or asking employees to take shorter lunch.

A four-day week allows more time for activities which benefit wellbeing, such as exercise or creative hobbies.

“I think with all changes in the workplace there are always going to be dangers for bad implementation,” Stronge admits. “For example, a lot of people consider the four-day week to be compressed hours – like doing 40 hours in four days. But that’s not what we mean by it – definition is really important.”

The pair also stress the importance of employers supporting employees through the transition period, to ensure no one feels like they’ll run out of time to get everything done (a common concern among those who adopt a four-day week trial).

“If companies are going to adopt this, it shouldn’t be on the individual employee to sort it out,” Lewis says. “Organisations need to think about this and plan in terms of their organisation and industry, but when you start to structure work with a group or organization-wide focus, it becomes a lot easier and more manageable to work in a four-day pattern.”

He continues: “It needs planning and a lot of focus, but in our experience, once people start – once they’ve done that kind of preliminary work and start the trial – nine times out of 10 these problems very much can be overcome.”

With more employers and businesses trialling four-day weeks going forward, Stronge and Lewis are hopeful that this shift could make a big difference for the wellbeing of employees across a multitude of sectors.

“I’m actually incredibly hopeful,” Stronge says. “It’s been a really tough 18 months for people, and obviously not all workers have seen the benefits of remote work, but in terms of the sheer number of initiatives that have sprung up and the number of inquiries we’ve gotten at Autonomy to learn more about four-day weeks, the pandemic and the shift to working from home has shown that we can make that switch.”

Flexible working: will 2021 be the year it finally becomes the norm?

Stronge continues: “For years people were asking to work from home for just one day a week because of caring responsibilities or because they needed to be in the house, and they were often denied because it was seen as too much of a jump. And then overnight, this huge experiment happens, and there’s this whole new arrangement of working.

“Long story short, I think it’s a really exciting conversation that’s been developed, and I think there’s a lot of hope.” 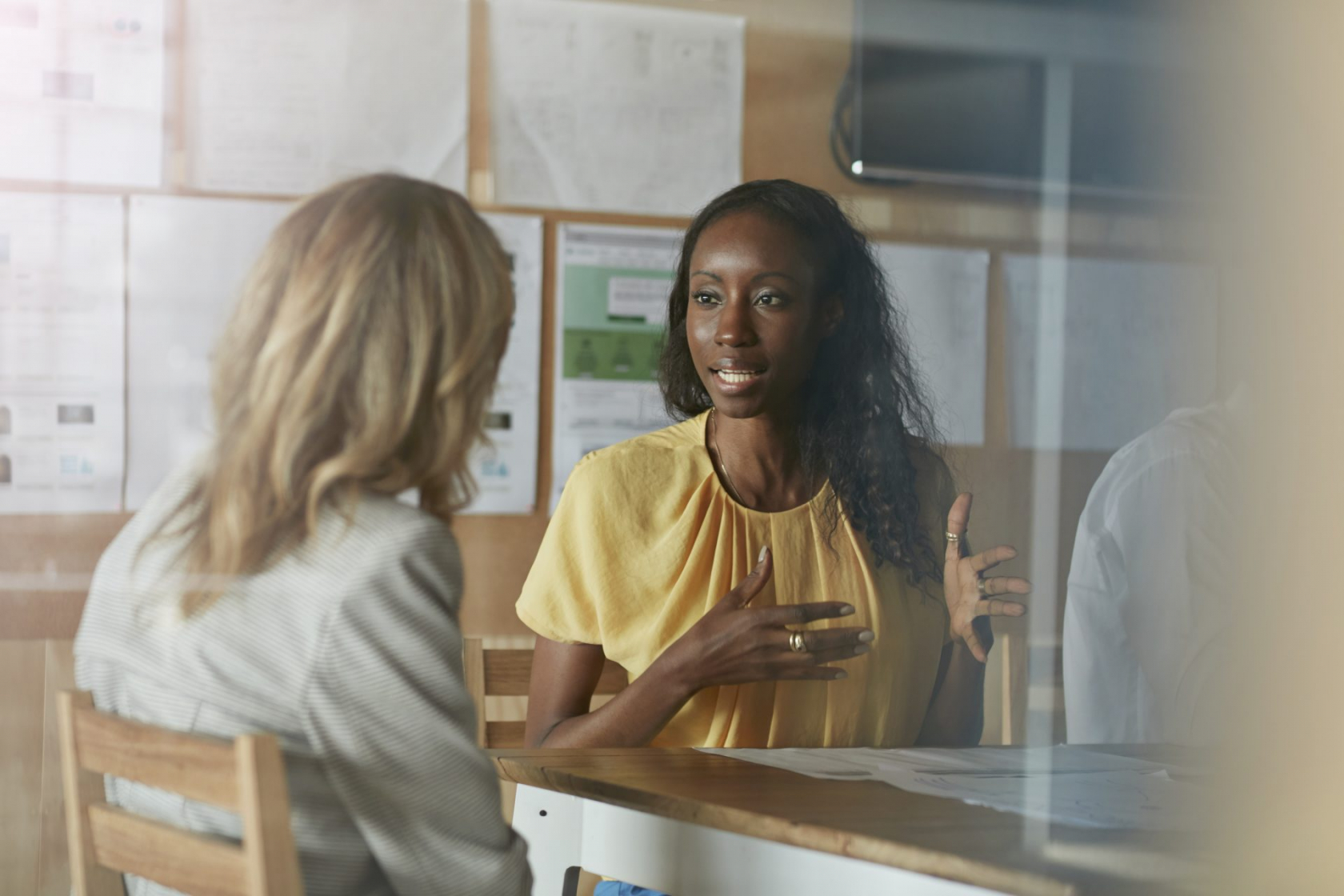 The first step towards asking your employer for a four-day week is starting a conversation.

Think a four-day week could be beneficial for your work and wellbeing? Here’s how to start a conversation with your employer, no matter what seniority level you’re at.

Bring it up in conversation

The first and easiest thing you can do to raise awareness around the benefits of a four-day week in your workplace is to talk about it with everyone you know.

“If you’re part of a trade union, have a conversation with your fellow trade union members,” Stronge says.

Make Bosses Pay: why every woman should look into joining a trade union

Frame it as a win-win

A four-day week doesn’t just benefit employees – thanks to the increased productivity and happiness associated with such a system, it can also benefit your employer, too. Because of this, Lewis recommends leading with this point when you’re making your case.

“A lot of the people who get in contact with us at Autonomy are managers of companies and CEOs, because a four-day working week has benefits from the employer’s perspective as well,” he explains.

“I think it’s important if you go into the conversation with your employer by highlighting how it would help both the workforce and the company.”

If you’re not sure whether your point is getting across, lean on educational resources and studies which highlight the argument you’re making.

If you’re still not convinced by a four-day working week, you need to read this

Relate it to other issues

If your company is making a concerted effort to talk about the ‘future of work’ now restrictions have eased, you could bring a four-day week into the equation.

“There’s been a lot of conversation about flexibility and flexible working due to the pandemic, so relate your request to flexibility,” Lewis says.

Overtime: Why We Need A Shorter Working Week is out now

This article was originally published in September 2021 and has been updated throughout.