A 68-year-old woman who was hospitalised with abdominal pain discovered she had been living with two needles in her stomach for 66 years.

Raziye Yildirim, from Izmir in Turkey, went to hospital recently while suffering from pain in her belly.

After doing an X-ray and tests, doctors discovered Ms Yildirim had an abnormal connection between her stomach and the skin, which causes some of the stomach contents to leak.

And the condition had begun more than six decades earlier, when she pushed three two-inch (5cm) needles into her stomach when she was a two-year-old.

One of the needles had been removed by surgeons at the time but two had remained in there unnoticed for her entire life.

Medics managed to remove the remaining needles and Ms Yildirim has since recovered. 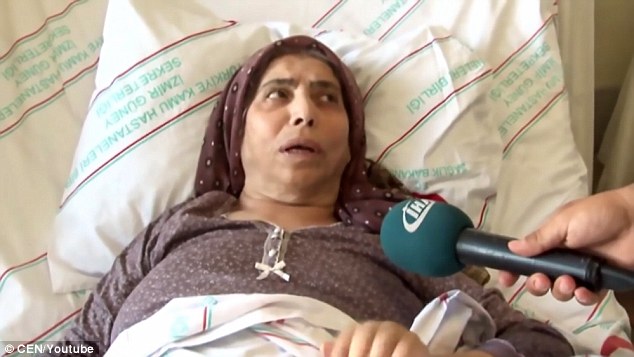 Raziye Yildirim, from Izmir in Turkey, went to hospital in the city when she was suffering from abdominal pain and was diagnosed with a condition called enterocutaneous fistula, which creates an abnormal connection between the stomach and the skin 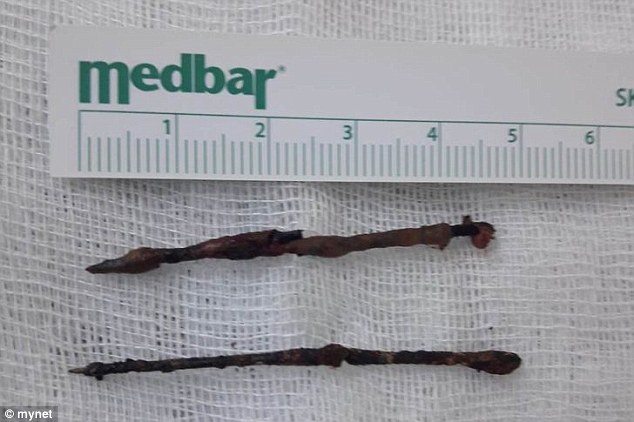 According to local media, Ms Yildirim was admitted to Ataturk research hospital in Izmir, Turkey’s third biggest city, and diagnosed with a condition called enterocutaneous fistula.

The condition, which can be caused by puncture wounds like those a needle would make, causes a connection between the stomach and skin through which contents of the digestive system can leak.

When doctors x-rayed their patient they discovered two foreign objects in her abdomen and looked into her medical history to try and find an explanation.

All parties were shocked to discover Ms Yildirim had two needles in her stomach which had been there since she was two years old – in the early 1950s.

At the time she had an operation during which surgeons removed one needle but apparently left two behind.

The surgeon treating her in 2018, Dr Ahmet Er said: ‘We found out that the patient had needles in her body from when she was two years old that were not removed at the time.

‘During surgery, we worked on the fistula and removed the foreign objects. There were two needles, each five centimetres long. 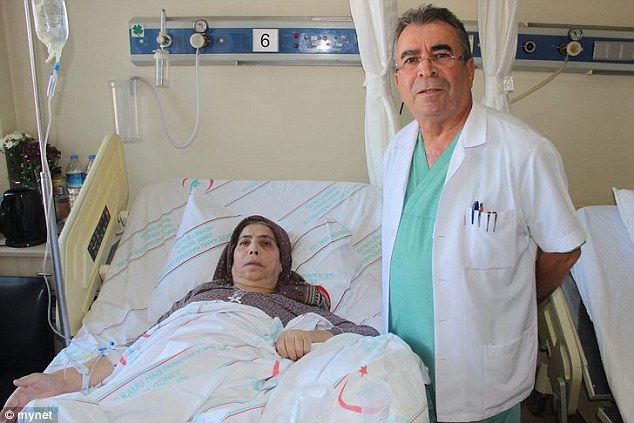 Dr Ahmet Er (pictured right, beside his patient Ms Yildirim) and his team made the shocking discovery at Atatürk research hospital that Ms Yildirim’s stomach pain was being caused by needles 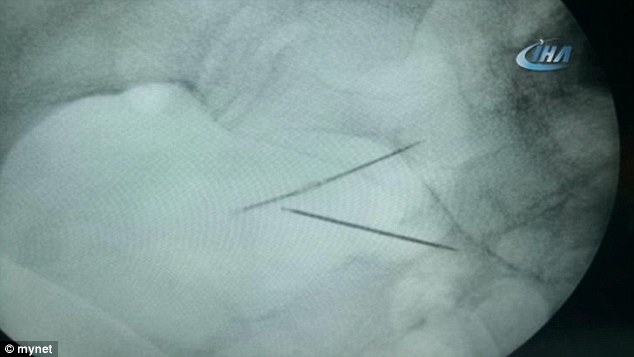 An x-ray scan revealed Ms Yildirim, now 68, had two 5cm-long needles in her stomach which she had pushed into her body when was just two years old – she said she remembers the incident and that her mother fainted when it happened 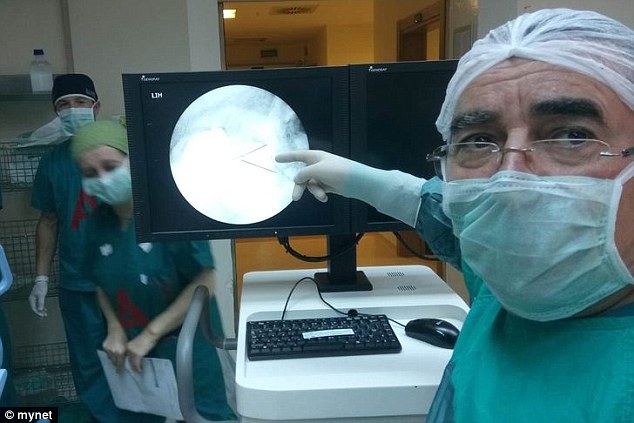 Dr Ahmet Er, who carried out the surgey on Ms Yildirim, said it was ‘incredible’ that the needles had remained in her body for 66 years

‘For the time being, her condition is stable and there are no problems. She has started eating and will be released from hospital in three or four days.’

‘The most incredible part is that those needles have been there for 66 years.’

Despite being a toddler at the time, Ms Yildirim says she recalls the needle incident, and revealed: ‘My uncle had been looking after me and told my mum that I would not stop crying.

‘When she checked me over, she saw several needles protruding from my belly.

‘She shouted and, somehow, I pushed them further in.

‘My mother fainted and my grandparents took me to hospital. One needle was removed at the time, but the others have only come out now. Thank god I am okay.’