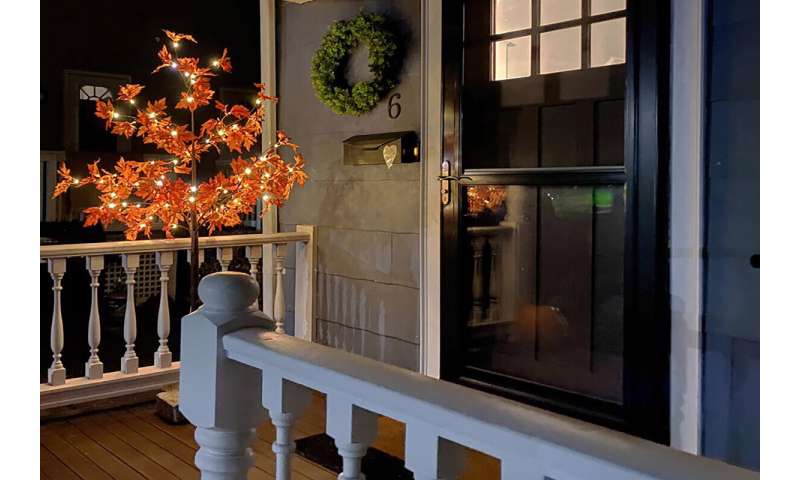 Public health officials have warned for months of the possibility of a serious post-Thanksgiving surge in COVID-19 cases. If it does happen, a Harvard epidemiologist says, the signs should become apparent this week, and she cautioned those who gathered with family and friends for the holiday to get tested or act under the assumption that they’ve been infected.

“We expect a rise in cases and a rise in deaths, unfortunately, over the next few weeks,” said Megan Murray, professor of epidemiology at the Harvard T.H. Chan School of Public Health and the Ronda Stryker and William Johnston Professor of Global Health at Harvard Medical School. “The main thing is to recognize that you could have been exposed and to assume you’re exposed—or test frequently. Assume one might be infectious rather than otherwise.”

Murray, who offered her prediction on Tuesday during a Facebook Live event sponsored by The Forum at Harvard T.H. Chan School of Public Health and PRI’s “The World,” balanced the dismal outlook for the immediate future with the likelihood that vaccine distribution could begin later this month. If the FDA approves the vaccine developed by Pfizer and Germany-based BioNTech—a step taken Wednesday by British authorities—distribution could begin very quickly, she said.

Infectious disease experts and epidemiologists tracking the coronavirus have warned that holiday gatherings have the potential to fuel virus transmission and boost an ongoing national surge that has seen 1.1 million new cases over the last seven days alone and pushed total deaths above 267,000. Those numbers, which continue to climb, have prompted dire predictions for the coming months, even as hope for an eventual end to the pandemic has risen with the apparent success of coronavirus vaccines.

Despite the mounting good news on vaccines, Murray said their distribution faces considerable hurdles, including such practical matters as how to store vaccines that need very cold temperatures in locales without the necessary equipment. Other issues include deciding who should be vaccinated first. States will have a significant say on this question, and the Centers for Disease Control and Prevention advisory board this week advised that front-line health care workers and vulnerable elderly should be first in line. Another issue, Murray said, is whether enough people are willing to be vaccinated to interrupt transmission. If just 50 percent of the population lines up, it would be “a real problem,” she said.

Murray gave the clinical trials high marks for scientific quality but pointed out that trials of such short duration don’t give researchers a sense of a vaccine’s characteristics over the long term, including how durable immunity will be.

Public health officials have likewise noted that it is also unclear whether it’s possible to carry the disease and infect others even if you are immunized.

It’s likely that a vaccine won’t be widely available for months, Murray said, and in the interim people are left to continue to deal with the daily reality of the pandemic. There is a new tool to help, however. An at-home test by Lucira Health Inc. is the first that provides results without having to send a sample to a lab. While the new test represents progress in the march toward rapid and frequent at-home testing—which has been suggested as a way to interrupt transmission and control the pandemic—Murray said because this test is only available by prescription and costs $50, it may be too pricey to be the answer for daily or weekly testing.

Overall, the testing landscape is “chaos,” Murray said, marred by inconsistencies where some get tested immediately and see results quickly, while others wait in long lines for tests and results take days. The situation, she said, illustrates a lack of public health governance.Will there be a serious post-Thanksgiving COVID surge?