In bad news for parents trying to tire their kids out during the school holidays, a new study has revealed children's muscles recover even faster than those of elite endurance athletes.

And kids seem to flag much slower than adults, the study shows. That's why kids can run and run all day – an ability they slowly lose as they age.

“If we run around for an hour, we’ll sit back and have a beer or two, but the kids rest for a minute and they are right back ready to play," says Professor Tony Blazevich, one of the study's co-authors.

Second, when it comes to energy generation, kids' bodies naturally favour aerobic instead of anaerobic respiration. The aerobic system uses oxygen, produces smaller amounts of energy, and does not produce too much fatigue. Anaerobic respiration produces a lot of energy, very quickly, but the muscle quickly tires out.

"Kids can produce a lot more energy with the aerobic pathway, and therefore they fatigue less and recover quicker compared to adults," says Professor Blazevich.

For the study, from Edith Cowan University and France's Université Clermont Auvergne and published in Frontiers in Physiology on Wednesday, researchers recruited three groups: boys aged between eight and 12, endurance athletes, and adults with average fitness.

Each group was asked to pedal an exercise bike as hard as they could for 30 seconds. 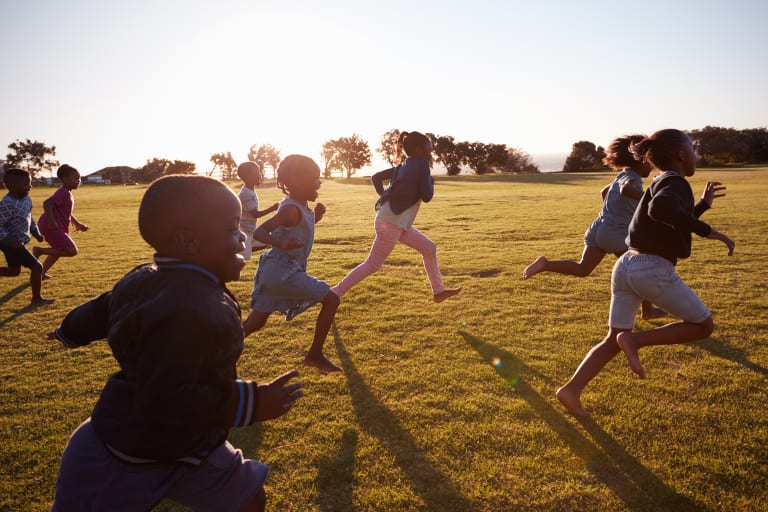 Children have an endurance level comparable to elite athletes.

The researchers found the young boys tired much slower during the workout than untrained adults – at a level equivalent to the elite endurance athletes.

More impressively, they found the young boys actually had a slightly better recovery from the workout than the athletes, with their heart rate returning to normal faster.

However, the adults exerted a lot more power in the 30 seconds than the children.

So it makes sense their muscles would behave in a similar way to children, But, importantly, the paper does not indicate kids are as fit as elite athletes.

“I wish that were the case. I’d go and grab some kids of the street and whack them in the Gold Coast marathon," laughs Professor Telford.

The study also suffered from an extremely small size, and was not published in a reputable journal, Professor Telford said.

Of course, it is possible to retain the level of fitness you had as a child. But it requires considerable effort.

"It now seems to us that we’re blessed with these fatigue-resistant, quickly-recovering muscles as kids and then we lose it in adolescence some time," Professor Blazevich said.

"Adults who do a lot of aerobic [or] fitness training are about the same as kids, so we think that we simply have to do more exercise as an adult to stay childlike."